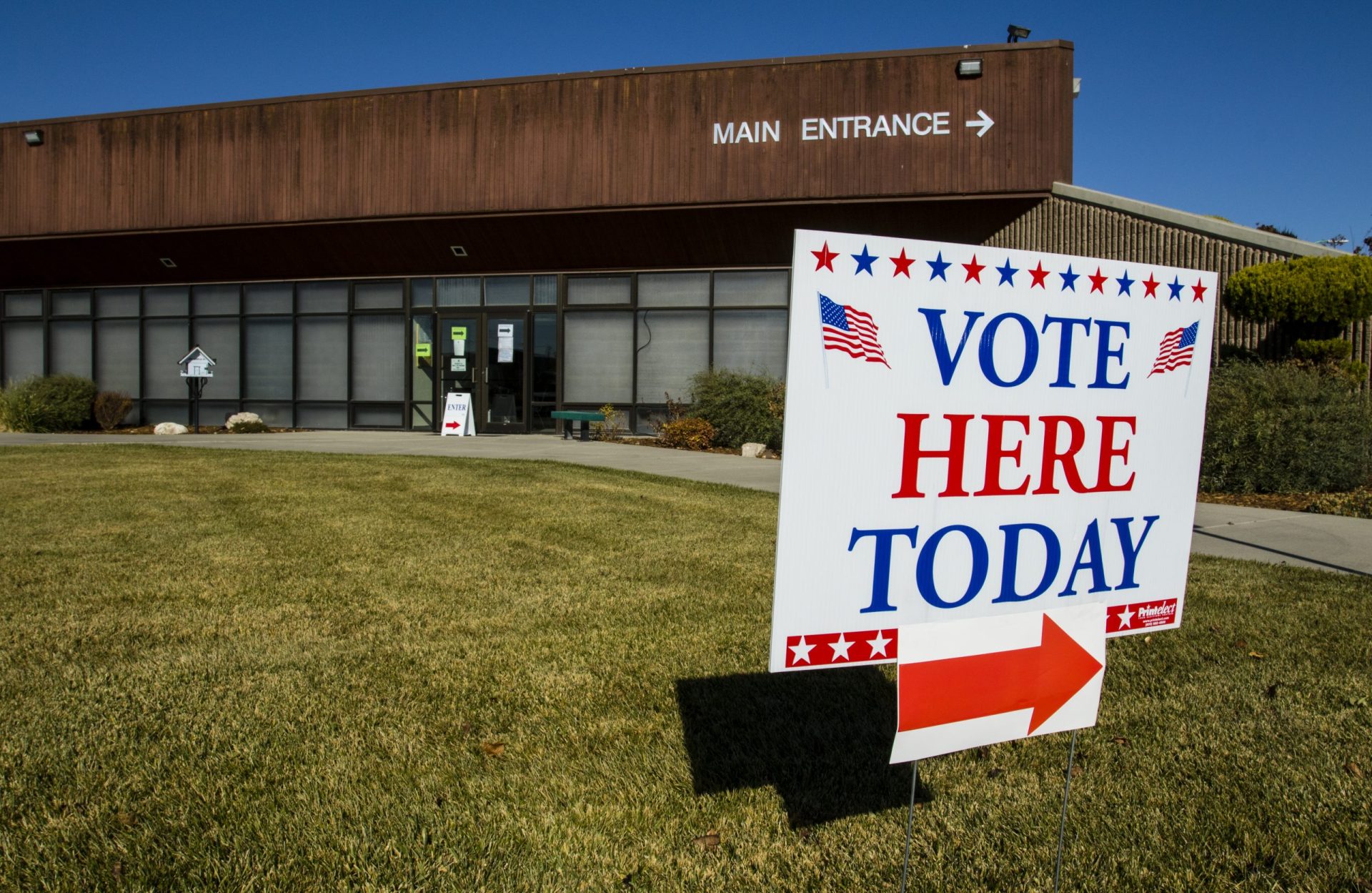 An election sign outside the Fallon Convention Center on Nov. 3, 2020. Image: Ty O'Neil / This Is Reno
Share
0
FacebookTwitterPinterestLinkedinTumblrRedditWhatsappTelegramEmail

CARSON CITY — Latino and Native American groups say they’re opposed to the state’s new political boundary maps, and are now working to raise awareness in the community to strengthen people’s commitment to voting.

The Legislature approved the new maps as part of the Nevada Counts redistricting effort, which must be updated every ten years after the census.

Guillermo Barahona, civic engagement director for Chispa Nevada, said he is glad the Walker Lake Paiute Tribe did not get split up as it was on the original map, but is unhappy the new First Congressional District splits up some Latino neighborhoods.

“We wanted to see maps that were more reflective of the size of the communities,” Barahona explained. “Taking into account where is exactly, like, the locations of the Latino community.”

The Nevada Count coalition said it tried to balance competing priorities, both urban and rural, while respecting city and county boundaries.

Tammi Tiger, civic engagement administrator for the Las Vegas Indian Center, said she is happy the maps were amended to allow tribal lines to take precedence over county lines, but thinks lawmakers did not take into account the community-of-interest maps her group favored by the tribes in Southern Nevada.

“Well, the community-of-interest map drawing is one of the few processes that we have to provide public input,” Tiger pointed out. “And so if those are not considered, then that’s not listening to the voices of the community on where their representation should be.”

Currently, no statewide elected leaders identify as Native American, so Tiger said the focus will be to recruit more people from her community to run for office.

Tribes have been fighting for years to establish a national monument at Spirit Mountain, called Avi Kwa Ame and in opposition to a proposed lithium mine at Thacker Pass.

Judge says no evidence of massacre at proposed mine site,...