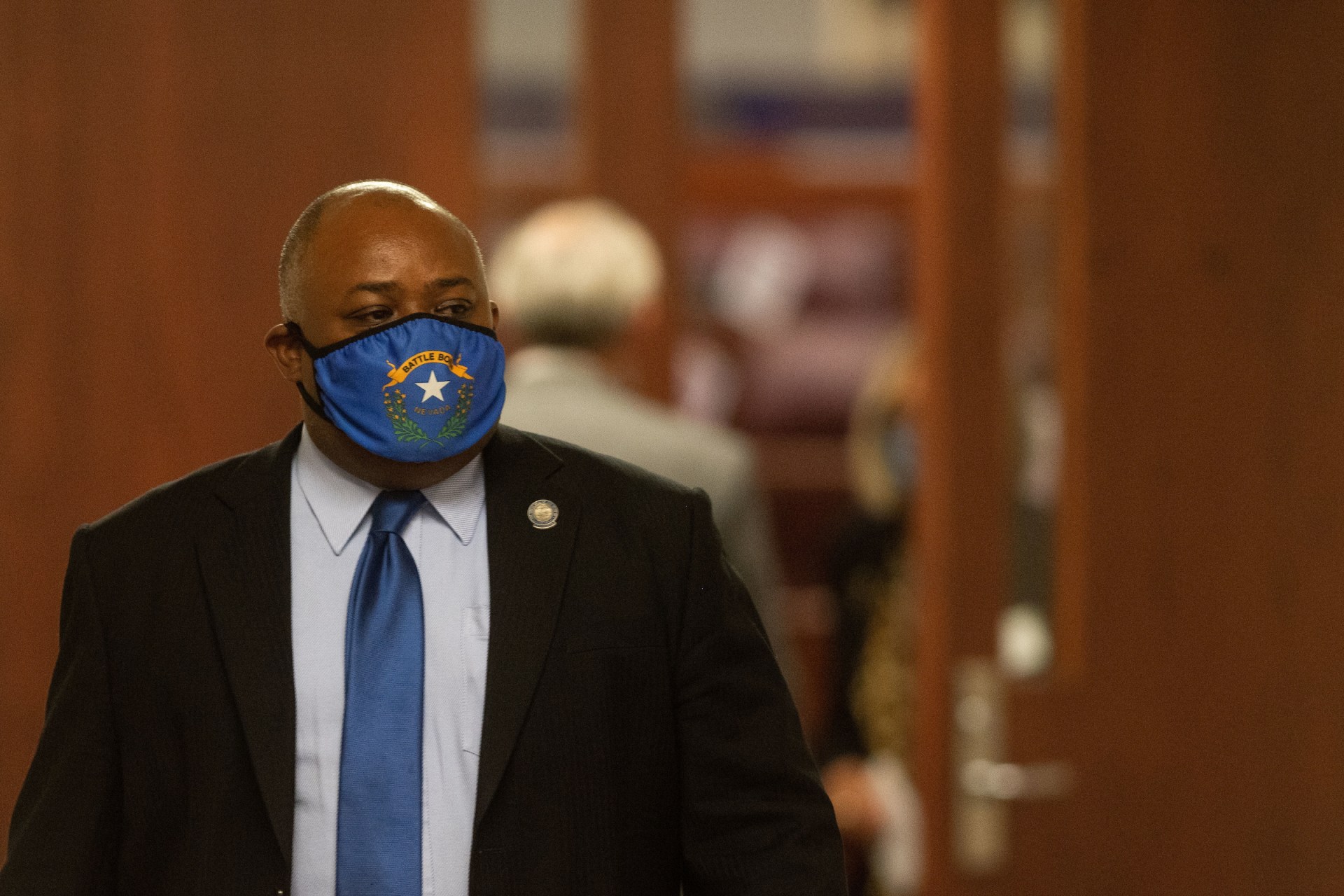 WASHINGTON–President Joe Biden on Friday nominated Democratic Assembly Speaker Jason Frierson as Nevada’s next U.S. Attorney. If approved he will replace Nick Trutanich, who left the post earlier this year.

Frierson, a Clark County Assistant Public Defender, previously served as Chief Deputy District Attorney. He has served in the Assembly since 2010 and became Speaker in 2017.

In 2019, Frierson and Senate Majority Leader Nicole Cannizzaro, both prosecutors at the time, were blamed by some for hijacking the Democrats’ criminal justice reform agenda at a time when Democrats controlled both houses of the Legislature and the executive branch.

The same year, Frierson raised the ire of progressives who have long championed a $15 an hour minimum wage when he said a hard-fought raise in the state rate would land on $12 an hour after five years because it was “palatable.”

Frierson earned his law degree from William S. Boyd School of Law at UNLV in 2001 and began his legal career that year as a clerk for Nevada Supreme Court Justice Myron Leavitt. He later became a state deputy attorney general. He has served twice as a public defender and twice as a prosecutor for the Clark County District Attorney’s office, most recently from 2017 to 2019, before rejoining the Public Defender’s office.

Earlier this year, Frierson announced he was undergoing treatment for prostate cancer.

Child care in NV will be ‘decimated’ if Congress doesn’t...