Southern Nevada ‘Get Out the Vaccine’ effort hailed as a success 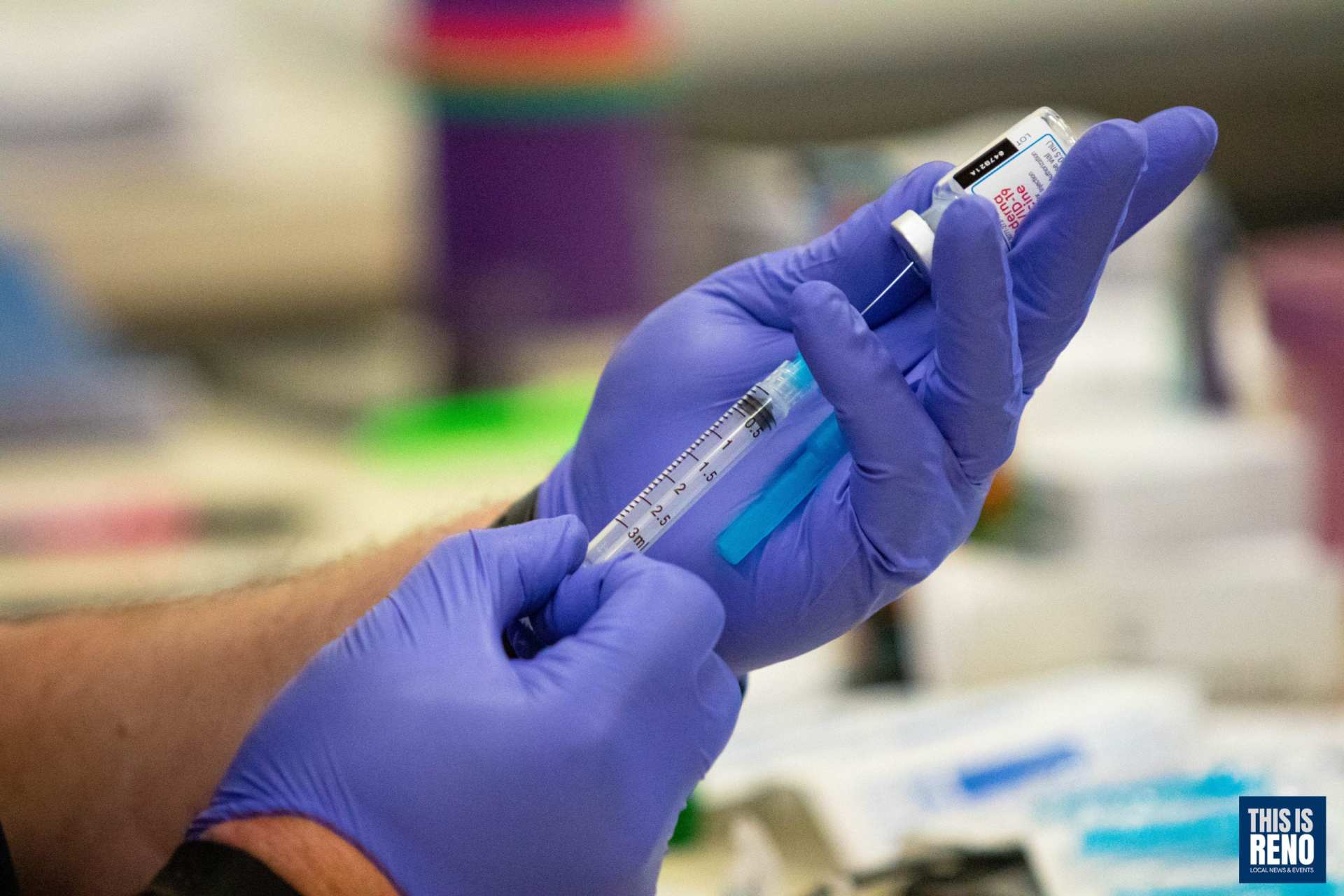 A dose of COVID-19 vaccine is prepared. Image: Ty O'Neil / This Is Reno
Share
0
FacebookTwitterPinterestLinkedinTumblrRedditWhatsappTelegramEmail

LAS VEGAS—Gov. Steve Sisolak on Thursday praised the efforts of federal, state and non-profit agencies in increasing COVID-19 vaccination in southern Nevada through the “Get Out The Vaccine” campaign.et Out The Vaccine” campaign. The push to get more Nevadans vaccinated began in July and included use of FEMA “surge teams,” along with community organizations including Immunize Nevada and mi Familia Vota.

The zip codes targeted in the effort were identified as those with low rates of vaccination and high rates of COVID-19 infection. Earlier this year, Nevada Current reported that “pharmacy deserts” in Clark County and the federal plan to distribute vaccines through retail pharmacies may have played a role in low vaccination rates and inequities in vaccine distribution in southern Nevada.

Four zip codes in Clark County were highlighted as the “top gainers” in percentage of vaccinations among those zip codes canvassed: 89030, 89115, 89104 and 89108. North Las Vegas zip code 89030, which straddles Interstate 15 just north of downtown, had a more than 22% increase in vaccine doses administered.

Across the entire campaign, GOTV workers and volunteers set up 436 vaccination clinics and outreach events and distributed more than 340,000 vaccination information materials.

The effort is billed as “one of the largest missions nationwide” designed to increase COVID-19 vaccination.