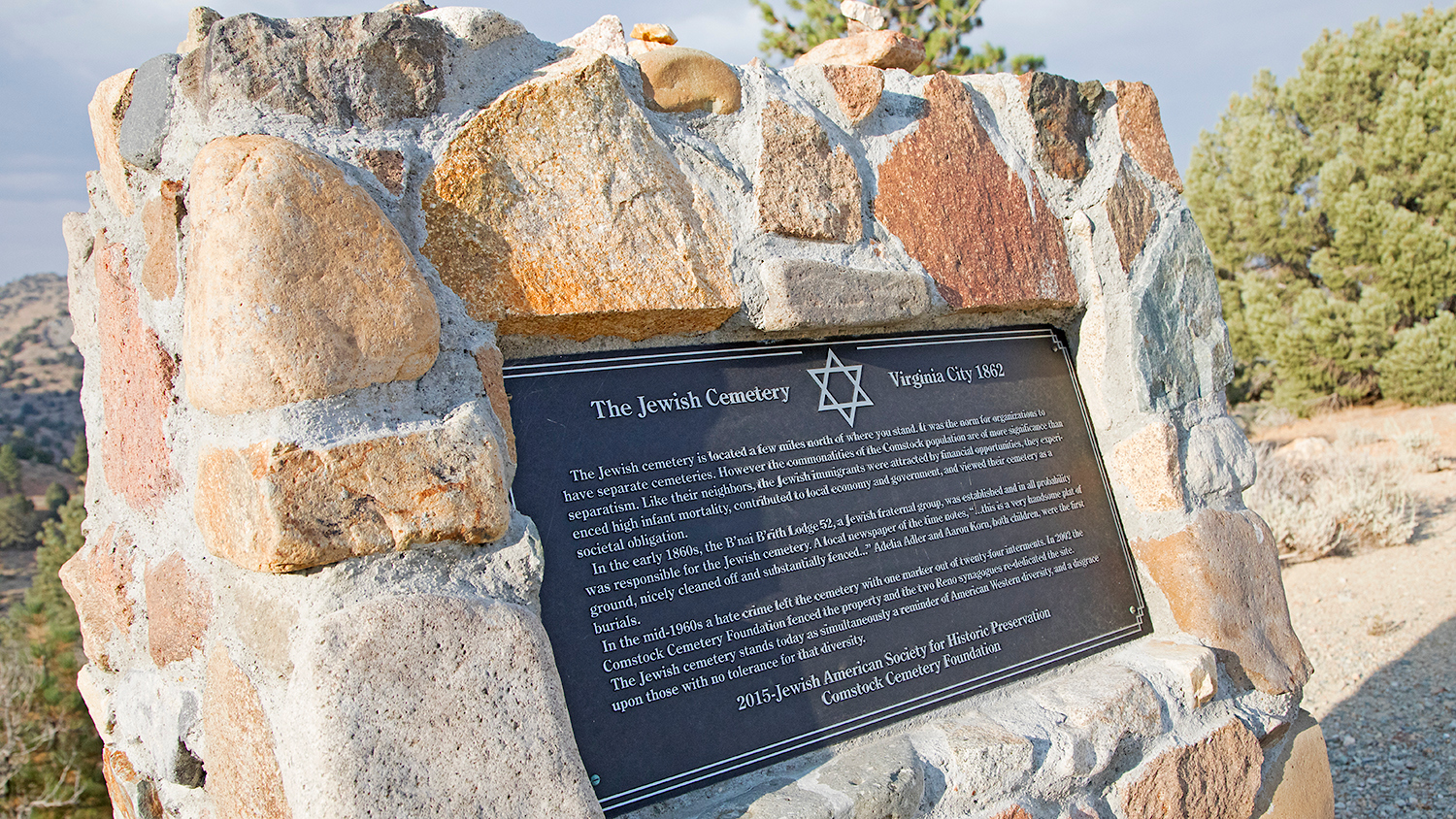 By Keyonna Summers, Submitted by UNLV

LAS VEGAS–The COVID-19 pandemic hasn’t affected only health and the economy. Its tentacles have touched some of the Silver State’s most beloved cultural landmarks.

Preserve Nevada, the first statewide historic preservation organization, is on a quest to save them with its annual list: the 11 Most Endangered Places in Nevada.

“While the items on our list are all in danger in some form, continued economic fallout from the COVID-19 pandemic could lead to budget cuts, and the very real threat of wildfires could pose a danger to many historic sites,” said Michael Green, an associate professor of history at UNLV and Preserve Nevada’s executive director.

From the famed Huntridge Theater in Las Vegas and the Reno-based Lear Theater to long-forgotten burial grounds and rural gathering spaces to Nevada’s Indigenous languages, the list calls for action from a multifaceted consortium of community members, government and nonprofit agencies, and other collaborators.

“I’ve traveled throughout Nevada in my life and career, and so many Nevadans are dedicated to assuring the survival of our history,” said Preserve Nevada’s board chair, and former governor and U.S. senator, Richard Bryan. “We issue this list to remind people of certain things that we have the power to preserve if we all come together.”

The Lear possesses one of the last original historic interiors in Reno and is a stunning example of the city’s architectural heritage. Designed in the late 1930s by renowned African American architect Paul Revere Williams — known as the “architect to the stars” — this Neoclassical Revival building was originally home to the First Church of Christ, Scientist. When the parishioners moved out in 1998, Moya Lear, widow of aviation pioneer Bill Lear, bought and donated it to the Reno-Sparks Theater Coalition. Renamed the Lear Theater in her honor, it closed in 2002 and has remained empty for nearly two decades. Local arts organization Artown now owns the property and has explored options, including sales and redevelopment offers. Until there is a concrete plan for adaptively reusing the building while adhering to historic preservation standards, the Lear Theater’s future hangs in the balance.

The Huntridge — the first desegregated theater in Southern Nevada — served as a cinema while also hosting stage productions and concerts. The theater first opened in 1944 in the new neighborhood(UNLV Special Collections) built right around the time that World War II began. It became a community and entertainment center for the surrounding area at the time, and for all of Las Vegas. The roof of the theatre collapsed in 1995, but it was repaired and the venue remained in use until 2004. Developer J. Dapper has purchased it, and though we have high hopes for The Huntridge’s future and his plans, its future remains uncertain.

The Endangered Languages Project and the First Peoples’ Cultural Council warn that about 40% of the world’s 7,000 languages are in danger of disappearing. These include the Northern Paiute, the Southern Paiute, Shoshone, and Washo. The more we can do to encourage the teaching of these languages to current and future generations, the better our chances of preserving these important parts of the cultural heritage of these people, and of Nevada.

The town of Owyhee and the Duck Valley Reservation date to the late 1870s. The original office and stone buildings on the property date back to the 1890s or early 1900s, and the Indian Reorganization Act of 1934 helped spur construction of more stone buildings, including a hospital and an electrical power house made of locally sourced volcanic stone. These buildings represent the long history of Indigenous people in Nevada and the legacy of Native labor, but they have deteriorated with time and would benefit from attention.

Today, the casino in Elko’s Commercial Hotel opens only a few days per year in order to maintain its gaming license. But its long history dates back to Elko’s beginnings as a Central Pacific railroad town in 1869. Under owner Newt Crumley, also a Nevada political figure, it pioneered big-name entertainment in the state in 1941, starting with legendary vaudevillian Ted Lewis and numerous others who also went on to perform in Las Vegas and Reno. Today the building needs work, and the most attention paid to it is by ghost hunters interested in exploring its supposedly haunted history.

Built in late 1907 at the apex of Goldfield’s five-year boom and added to the National Register of Historic Places in 1982, it is one of the few significant buildings to survive the great fires of 1923-24. As mining and population declined, several schools were consolidated into the high school, a three-story Romanesque-style masonry structure where instruction continued until 1953.  That year, a new school was built and the high school was abandoned. A 2009 National Park Service Reconnaissance Survey found a high degree of historic integrity, although lack of maintenance had led to roof deterioration and rendered the exterior walls unstable. Since being deeded to a state non-profit corporation, the exterior walls have been rebuilt, eliminating the risk of collapse.  A current state Commission for Cultural Centers and Historic Preservation grant will allow work to begin on roof restoration, thereby preserving this important example of Goldfield life from its time as the home of the last great gold mining boom in the West.

St. Augustine’s is Nevada’s oldest Catholic church building. It’s a combination of Gothic Revival and Italianate architecture built in 1866 with native brick and stone fired at the Austin Brickyard. Now a cultural center, it houses the only surviving Henry Kigen church organ that is still functional. Also built in 1866, the Methodist Church is now the Emma Nevada Town Hall, named in honor of the opera singer who grew up in Austin. St. George’s Episcopal Church, erected in 1878, still serves the denomination that built it. Austin is a small town, and the buildings require constant attention.

Tonopah Army Air Field was a B-24 Liberator training facility during World War II, operating from 1942 to 1946. More than 6,000 military personnel were assigned to this base, including pilot Chuck Yeager, the first man to break the sound barrier and  longtime Las Vegas casino owner Jackie Gaughan. All that remains of the air field today are two hangars in various stages of disrepair, many acres of concrete foundations, and the original runways, which are still in use. A third hangar collapsed early in 2019. The property is owned by Nye County.

Opened in 1890, it was one of the many boarding schools designed to both educate and force a different culture upon Native Americans. The school closed in 1980 and is now a museum and historic site that contains a cultural center. Progress has been substantial, and the state has helped with funding.  However, more money is needed to renovate and preserve some of its historic buildings, including the bakery building/post office, gymnasium, and auditorium.

Although some offices at the Nye County Courthouse are in use, the rest of the building has been abandoned. A Brownfields grant allowed the county to perform a Phase I environmental assessment, which is needed before any stabilization and restoration can take place. Important Nevada figures, such as Key Pittman and Pat McCarran, once practiced law there. The endangered Mineral County Courthouse in Hawthorne, the only one in Nevada to serve two counties when it was originally part of Esmeralda County, is a two-story Italianate building with a five-sided circular entry porch and a balustrade. The Austin Courthouse, an 1871 Greek revival, is still in use and must be carefully tended.

Rural cemeteries are important sources of historical information both for what they contain, such as information on tombstones, and what they lack — such as marginalized groups whose members are buried at their own sites, as is the case with the Jewish cemetery in Eureka. Many have worked to preserve the historic cemeteries in Virginia City, and the Reno community has made great progress with Hillside Cemetery. But some cemeteries are on federal land (such as Round Mountain and Belmont), and others are left in disrepair. The concerns of Indigenous Nevadans about their burial sites require attention, as do the burials of Chinese workers in the Tonopah area in what is now a mining tailing dump.