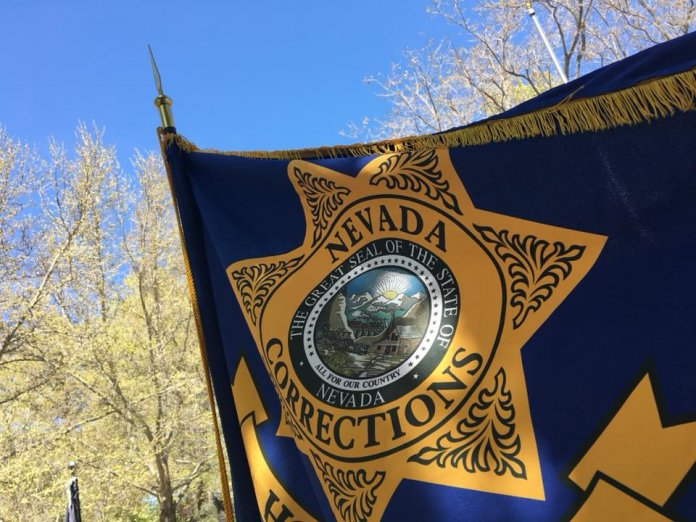 CARSON CITY–As COVID-19 cases begin to increase in correctional facilities, worrying those incarcerated and their families about future lockdowns and worsened living conditions, prisoner rights advocates are calling on the state to investigate the Nevada Department of Corrections’ handling of the pandemic.

Return Strong, a prisoner advocacy group, recently released a report based on stories collected from inmates that chronicled the effects of consistent lockdowns, the lack of medical care and coronavirus safety risks.

The group hosted a press conference Thursday to discuss preliminary findings and warn history could be repeating itself as new cases are reported at prisons.

“The one thing that has been frustrating is trying to have some sort of governmental accountability,” said Jodi Hocking, the founder of Return Strong. “We would like an independent investigation to be initiated by the governor’s office because it is clear that NDOC needs oversight.”

The Nevada Health Response database reported there have been 5,837 total positive COVID-19 cases within NDOC as of Thursday, an increase of 241 increase from Aug. 26 when the Nevada Current reported it at 5,596.

Thursday’s event wasn’t the first time families warned of a renewed outbreak at facilities. Last November, they feared a spike was coming, which eventually hit as the number of infections jumped by 1,364 cases in less than two months.

“We are starting the same climb again,” said Nicole Tate, who volunteers with Return Strong. “In the last two weeks we had another 134 positive incarcerated cases and 34 incarcerated staff members within NDOC. What’s alarming us is that in just one facility alone there are 103 new cases at (Northern Nevada Correctional Center). We are starting the same pattern again. We don’t want to see the same numbers of sickness, illness and death occur again for something we’ve already seen happen before.”

In an email Thursday, Teri Vance, a spokeswoman with the Department of Corrections, said the system has not had “any major outbreaks at any institution” and that NDOC has “seen about 30-40 at most at any institution at any given time, with the majority presenting as asymptomatic.”

She said Northern Nevada Correctional Center “has 23 current positive cases” while Ely State prison has six cases. Visitations have been suspended at both locations until Saturday.

Hocking said now more than ever it’s important to examine what those incarcerated experienced during the pandemic.

Over the last year, Return Strong has collected more than a thousand letters from inmates to better show life inside, which led to the creation of “The silenced voices of the incarcerated.”

According to the report, the organization was approached by the Crime and Justice Institute in August to “provide insights into the experiences of inmates housed by the Nevada Department of Corrections.”

Nevada previously sought assistance from the Crime and Justice Institute in 2018 to examine its rise in incarceration rates, which ultimately led to lawmakers adopting and passing criminal justice overhaul legislation in 2019.

“CJI is currently producing a report that outlines the impact the pandemic has had on the criminal justice system throughout Nevada,” the report said.

The report references 37 letters from 28 people, but a more detailed report is scheduled to be published in 2022.

Heidi McCafferty, a graduate student with the University of London who is assisting Return Strong and completed the analysis within the report, outlined ten key findings of how inmates have been treated during the pandemic at Thursday’s press conference.

“The report really highlights the deprivation and the misery so many of them have experienced over the last 18 months,” she said.

McCafferty said NDOC announced a “firewall protocol” at the start of the pandemic that restricted who was allowed to enter the facility. But that mostly just prevented friends and families from visiting for more than a year.

“There have been frequent bed moves and we have reports there have been mass transfers across facilities,” she added. “There are some very alarming reports about covid-positive individuals being moved in with covid-negative individuals then of course catching it and it spreading like wildfire. That’s why we’re calling for an independent investigation. It’s absolutely critical we find out why this occurred, why it happened and to make sure that this doesn’t continue.”

The report also cites concerns over prolonged lockdowns that kept inmates in their cells for extended periods of time, during which medical care and cleaning supplies were both limited.

Another concerning letter she highlighted was one individual who wrote about a correctional officer handing out lunch sacks.

The incarcerated person “asked why he wasn’t wearing a mask.”

“In retaliation, the correctional officer coughed into the bag and handed it to him,”  she said. “This kind of behavior costs lives and is completely unacceptable.”

Amanda Candelaria’s fiancé, who is housed at NNCC, has been incarcerated for 16 years and has told her he has never seen conditions as bad.

“My fiancé watched people around him who were otherwise healthy contact the virus through unknown sources and then they laid there on their deathbed as pleas for help were largely ignored,” Candelaria said.  “Don’t let last year’s mistakes happen again. Our loved ones’ lives depend on it.”

Hocking and members of Return Strong, along with other groups including the ACLU of Nevada, have consistently drawn attention to treatment of inmates during the pandemic.

Now she hopes to take the stories and “turn them into something that could be used as a foundation for policy change.”

“Our members are in the care of the state,” Hocking said. “Director (Charles) Daniels can’t be the only one held accountable for that.”