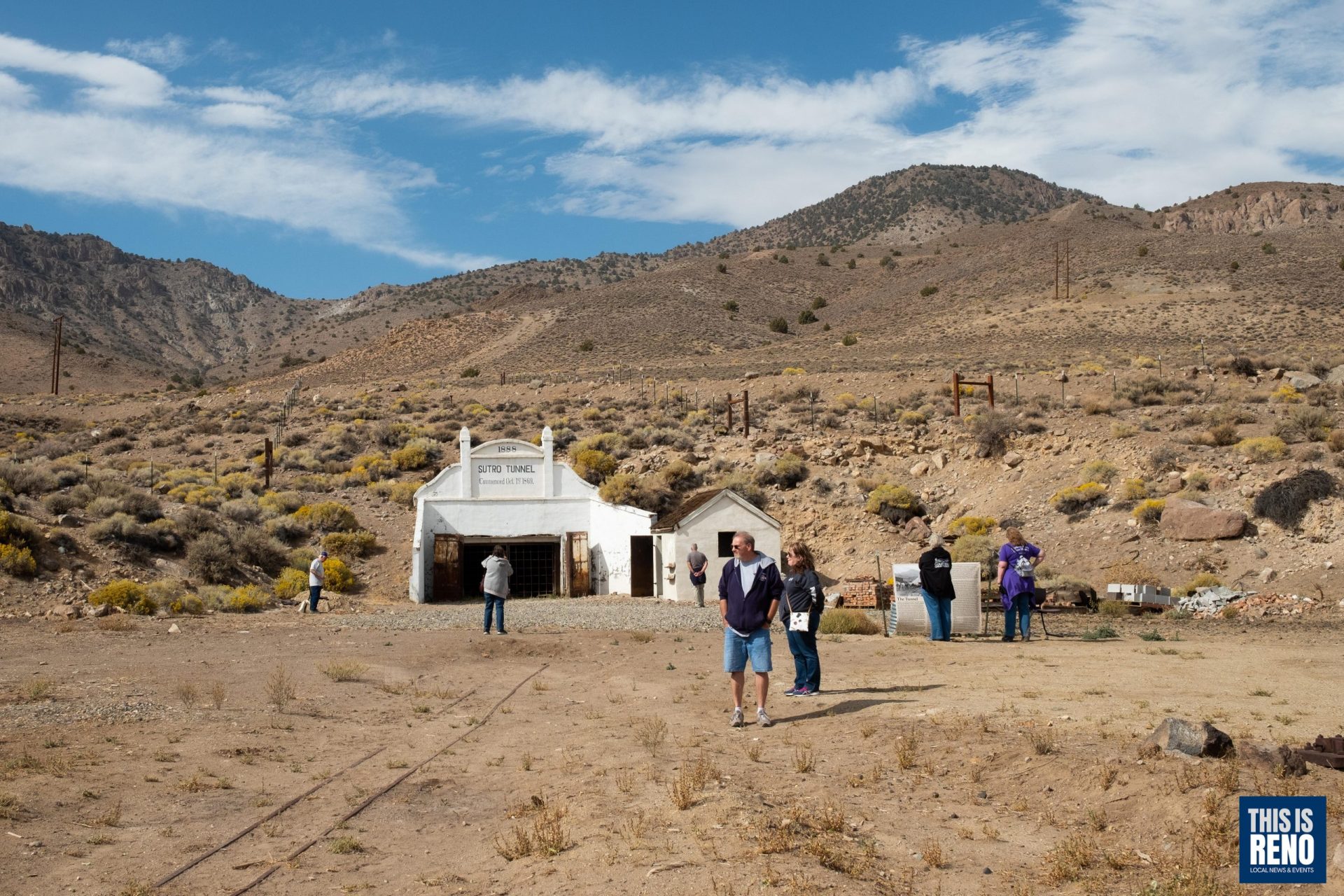 The entrance of the historic Sutro Tunnel in Dayton, Nev., during a tour on Oct. 17, 2021. Image: Cesar Lopez / This Is Reno
Share
0
FacebookTwitterPinterestLinkedinTumblrRedditWhatsappTelegramEmail

Republished from This Is Reno. For a full gallery of images, click here.

DAYTON–The historic preservation group working to restore the Sutro Tunnel in Dayton on Sunday opened the 28-acre mining site to the public for tours. Friends of Sutro Tunnel used the event as a fundraiser and an opportunity to show the public the restorations that have already taken place.

“Friends of Sutro Tunnel have been working tirelessly over the last several years to launch a coordinated effort to breathe new life into the Sutro Tunnel site,” the site’s manager Chris Pattison said. “Due to the limitations imposed by the pandemic, progress has not gone as fast as we’d wished. However, as things begin to open up, we felt it was the perfect time to invite the public to the site to see and experience it first-hand. We also wanted to share our story in an effort to inspire others interested to make a donation and help support our cause.”

The Sutro Tunnel is considered an important part of Nevada’s mining history, having been built to drain water out of the mines in Virginia City. Construction began on the 3.8-mile-long tunnel on Oct. 19, 1869, with nine miners working in shifts of three around the clock to excavate the tunnel. They were able to dig through about 300 feet per month using hydraulics, but work wasn’t completed until Sept. 1, 1878.

The project was spearheaded by Prussian Jewish mining entrepreneur Adolph Sutro, who sunk anywhere from an estimated $2 to $3.5 million in construction costs but never saw the profit he’d expected. He sold it for just $1 million.

Building the tunnel was expensive. Preservation work is expensive, too, Pattison said. The site is also large. In addition to the tunnel entrance, it includes a carriage house, warehouse, loading dock, mule barn and machine shop. The Friends of Sutro Tunnel are working to not only preserve the buildings and equipment that remain, but make the site safe and accessible for visitors, including adding interpretive signage.

Some signage is already on the way. The Jewish American Society of Historic Preservation this month donated signage planned for installation in early 2022 and highlighting Sutro’s Jewish heritage.

For more information on the Sutro Tunnel and preservation efforts visit https://thesutrotunnel.org/.