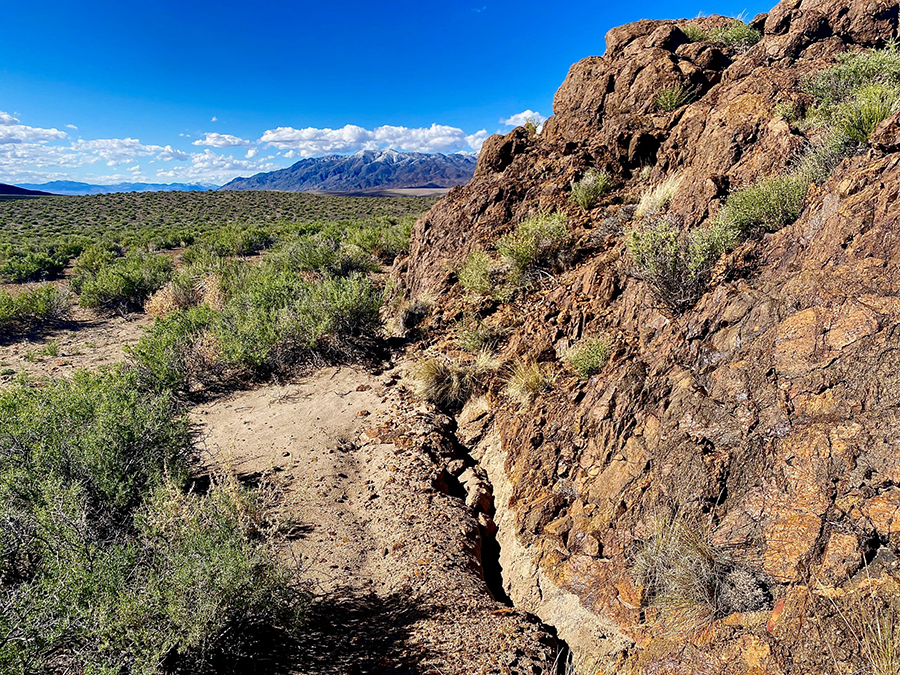 The magnitude 6.5 Monte Cristo Range earthquake that occurred in the fairly remote area of the central Walker Lane on May 15, 2020 was the largest earthquake in Nevada in 66 years. With an 18 mile long rupture zone, the earthquake was felt with light to moderate shaking throughout Nevada, central California, the San Francisco Bay Area, and southern Utah. Image: UNR
Share
0
FacebookTwitterPinterestLinkedinTumblrRedditWhatsappTelegramEmail

RENO–More than a half million Nevadans have registered for next week’s Great Nevada ShakeOut, a statewide public earthquake drill being promoted by University of Nevada, Reno’s seismological lab. The drill is scheduled for Oct. 21 at 10:21 a.m.

“We can’t prevent an earthquake, so we have to be resilient, to be prepared so we can perhaps lessen the impacts on lives and economic destruction that a major earthquake can cause,” said Graham Kent, director of the Nevada Seismological Lab.

Nevada’s ShakeOut is part of a global drill with 23 million registered participants worldwide.

Participating in the drill takes just one minute, Kent said, adding that every Nevadan should have a plan and practice before an earthquake hits.

“Nevadans need to realize we live in earthquake country. Nevada has the third highest incidence of large earthquakes in the United States. A major earthquake in any community, north or south, is possible,” he said.

The safety technique promoted in Nevada and elsewhere during an earthquake is “Drop, Cover and Hold On.” People should drop to their knees wherever they are and take cover under a table or desk. Then, use one arm to cover and protect their head and neck and the other arm to hold on to whatever they’re underneath. If there’s nothing sturdy to hold on to, getting close to an interior wall is the best option, using both arms to cover the head and neck.

Running out of a building isn’t advised because of the potential to be struck by shattering glass and falling building materials.

During the drill, participants practice “Drop, Cover and Hold On” for 60 seconds as if a major earthquake was occurring.

“The beauty of this exercise is that it’s really easy,” Kent said. “It’s an easy way for people to practice how to protect themselves during earthquakes. It’s an action that’s proven to help reduce injury and death during an earthquake.”

In addition to practicing the drill, experts advise making your environment more earthquake safe as well. That includes securing heavy objects in the home and office, which can pose a greater threat for injury than crumbling buildings.

To register for the Great Nevada ShakeOut, visit https://www.shakeout.org/nevada/.