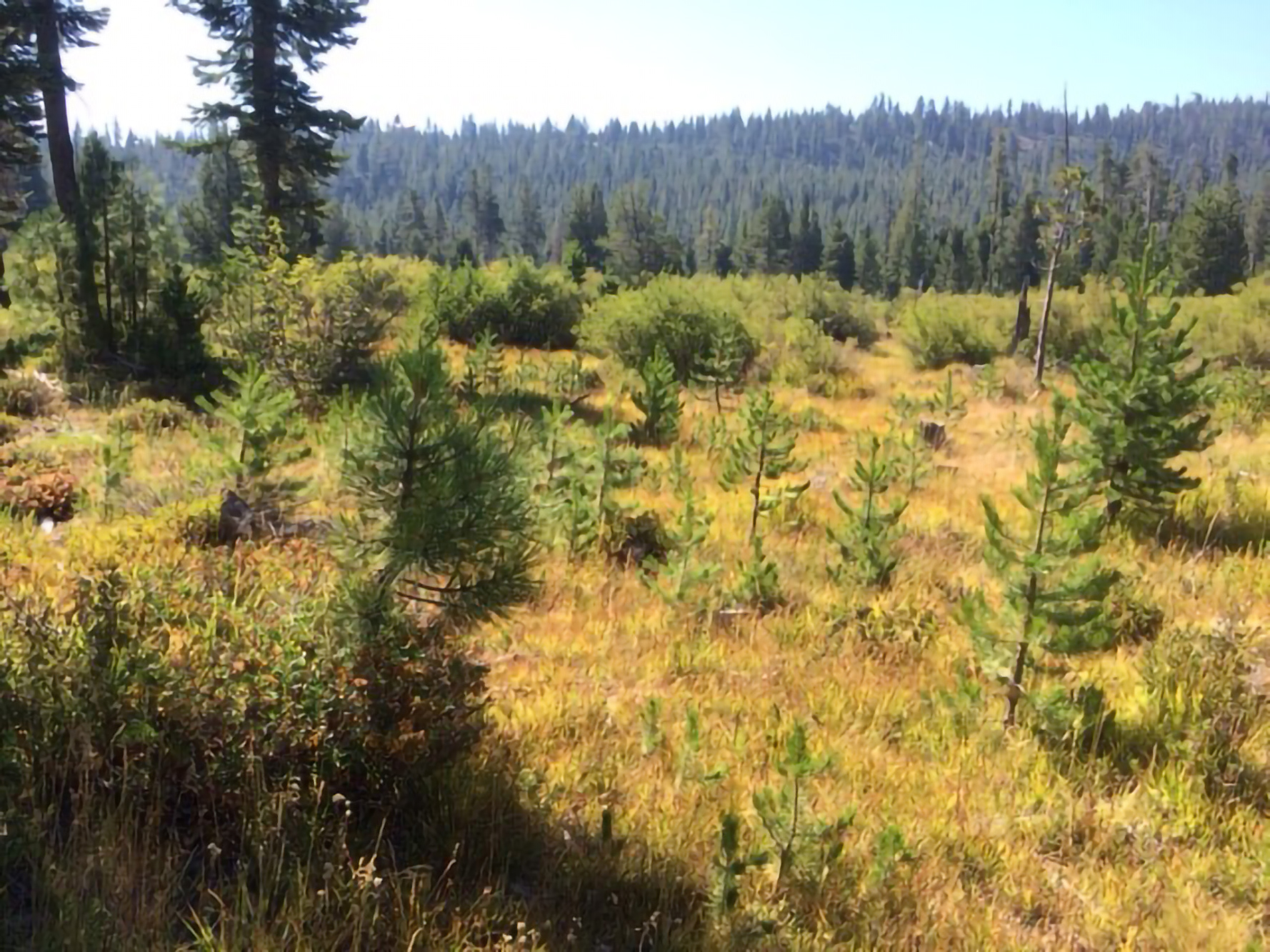 RENO, Nev. – With wildfire threatening many areas surrounding Lake Tahoe this summer, members of the Washoe Tribe have embarked on a project to integrate use of their tribe’s traditional knowledge into current land management strategies to restore Tahoe’s Meeks Meadows, an area of cultural significance to the tribe.  For centuries, the tribe’s cultural practices helped mitigate wildfire risk, as well as enhance wildlife and resilience to drought. The effort is called the MÁYALA WÁTA Restoration Project at Meeks Meadow, and is the subject of the latest Living With Fire Podcast episode released by University of Nevada, Reno Extension.

The restoration project began in December 2020, with a $380,000 grant from the California Tahoe Conservancy to the Washoe Tribe of Nevada and California. Meeks Meadow is part of the Meeks Creek Watershed on the west shore of Lake Tahoe, about 5 miles south of Homewood Mountain Ski Resort, off Highway 89. The Washoe tribe managed the land at Meeks Meadow before the discovery of the Comstock Lode in Virginia City in 1859, one of the richest silver mines in American history. They migrated seasonally, living in the Carson Valley during the winter, and moved up to Tahoe for the summer. There, they would hunt, fish, and gather food and medicinal plants that grew in the meadow.

“So, this happened for thousands and thousands of years,” said Rhiana Jones, Interim Director of the Washoe Environmental Protection Department, on the latest Living With Fire Podcast. “And then after the Comstock era, they cut it all down for timber, and the meadow, I believe was used for cattle grazing, so it just completely changed the ecosystem, and Washoes were driven out of Lake Tahoe. They weren’t allowed to continue their seasonal migration to and from Lake Tahoe, for their summer camps. So, they stopped, essentially, managing the land.”

On the podcast, Jones is joined by Helen Fillmore, a Washoe Tribal Council member. The two discuss the history of fire on Washoe ancestral lands, and how fire was an integral part of life for the Washoe people, being used for many applications, including warmth, protection, food preparation, drying materials, and, importantly, land management.

According to Fillmore, studying the history of fire ecology is helping to shed light on how the forced removal of Washoe people and their practices from the land has impacted ecosystems.

On the podcast, the two explain how the project will use a combination of indigenous and modern land management practices to restore the meadow. The project will remove conifers that take water away from native plants and serve as wildfire fuel, implement culturally guided prescribed burning, restore native plants, and then monitor the project’s effectiveness.

Besides the environmental benefits of improving wildlife habitat, reducing wildfire risk and enhancing resilience to drought and floods, the project provides the cultural benefits of supporting tribal management of ancestral lands and transferring traditional ecological knowledge to future generations. This episode and four others are now available on the Living With Fire Podcast, which can be downloaded from Apple Podcasts, Spotify, Stitcher and other platforms. The podcast is funded by the Bureau of Land Management – Nevada State Office, as part of the multi-agency Living With Fire Program.

PODCAST: Living and working with wildfire in Nevada (sponsored)

Living with Fire virtual series: “Prescribed fire in the Tahoe...