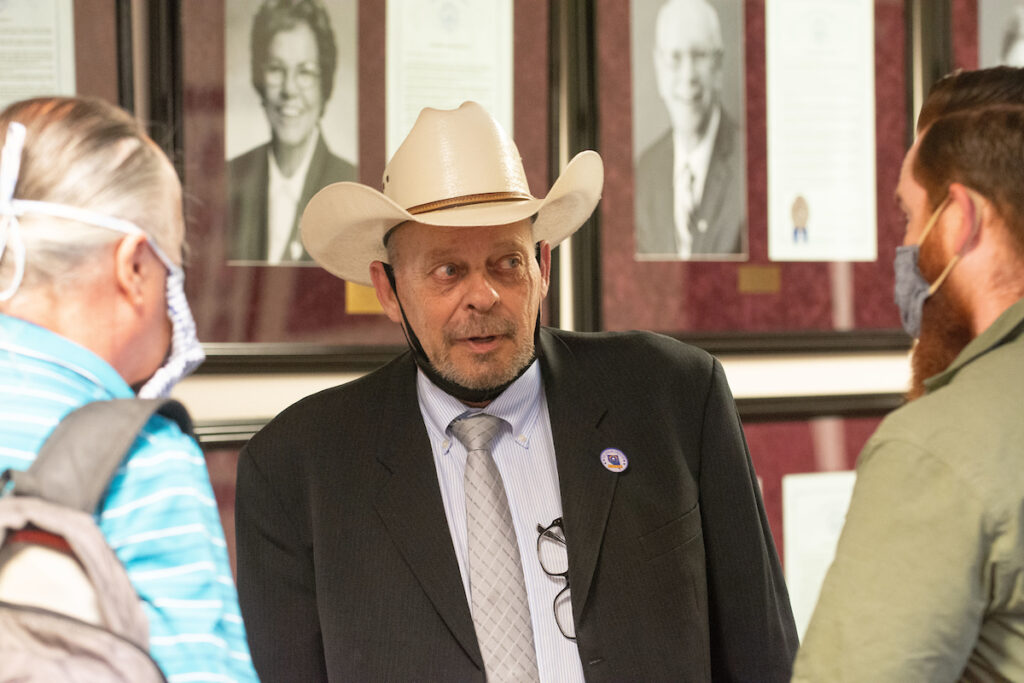 MINDEN–Assemblyman Jim Wheeler (R-Minden), who once said he would vote to reinstate slavery if his constituents wanted, announced Thursday he is looking into drafting legislation to protect unvaccinated individuals from workplace discrimination.

The assemblyman, who is running for state Senate, said in a campaign fundraising email he has asked the Legislative Counsel Bureau to look into potential legislation “that would protect workers against discrimination from their employer involving personal medical decisions between them and their doctor.”

“No Nevadan should ever have to fear being fired over a decision between them and their doctor,” the assemblyman wrote, “and no employer should have the right to violate the individual freedoms of their workers.”

Wheeler emphasizes that he is “not for or against a vaccine” and that his objections are “about our civil liberties and our freedoms.”

Such legislation, if actually drafted, would almost certainly go nowhere in Carson City, where Democrats hold majorities in both chambers. The Legislature also isn’t scheduled to meet until 2023.

Employers in both the private and public sector have been moving toward mandating vaccination against COVID-19. The State Board of Health and Board of Regents are agendized to discuss and possibly vote on mandates Friday. The Clark County School Board voted last week to mandate vaccinations.

The U.S. Justice Department and the federal Equal Employment Opportunity Commission have both determined that federal anti-discrimination laws do not prevent employers from mandating vaccines of employees.

Wheeler currently represents State Assembly District 39, which includes Douglas and Storey counties, and part of Lyon County. In Douglas County, where Wheeler resides, 59% of the eligible population has initiated vaccination, according to the state data dashboard. In Storey County, only 19% have.

Wheeler confirmed to media in April that he intends to run for state Senate District 17, though his campaign email Thursday states he is “exploring a run for Senate as we await redistricting.” The Nevada State Legislature, which is currently controlled by Democrats, is expected to complete the redistricting process during a special session sometime before the end of this year.

Republican Assemblywoman Robin Titus is also believed to be exploring a run.