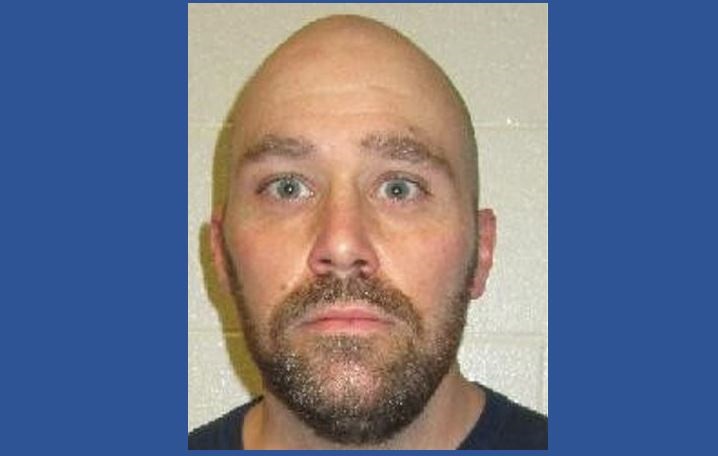 LAS VEGAS–Bishops representing 650,000 Catholics in the Las Vegas and Reno dioceses are asking Gov. Steve Sisolak, a self-professed devout Catholic, to convene the Pardons Board and spare the life of condemned killer Zane Floyd.

Attorneys for Floyd argue he should spend the rest of his life in prison because jurors who sentenced him to death for a 1999 shooting rampage that left four people dead in a Las Vegas Albertsons were unaware of his mental impairments. He was 23 at the time.

The Nevada Pardons Board failed to put a clemency petition on its agenda this week. Sisolak, who has wide latitude to bring cases before the Board, did not respond to a request for comment.

Floyd was born with Fetal Alcohol Syndrome and suffered from Post Traumatic Stress Disorder as a result of his “violent upbringing… made worse after his honorable service to our country as a Marine, stationed at Guantanamo Bay, Cuba,” according to the petition.

“Had the jury been presented with this information, one or more jurors may have voted to spare him from execution,” federal public defender Brad Levenson wrote in the petition.

Floyd’s mother was an alcoholic, who lost her first baby to sudden infant death syndrome, which worsened her drinking, according to the petition.

“It was in this dysfunctional environment, a woman addicted to drugs and alcohol who had received electroshock therapy for psychological issues, that Zane was conceived. During the early months of her pregnancy, Valerie continued drinking, smoked cigarettes and marijuana, and abused cocaine.”

Floyd was also genetically predisposed to addiction and was using methamphetamine the morning of the shooting, his attorneys argue.

Floyd, who does not want to die, had asked in June for his execution to be stayed until after the Pardons Board meeting this week. The next meeting is Dec. 9.

Appeals of Floyd’s execution are pending in state and federal courts. No execution date has been scheduled.

At a news conference Thursday for the Nevada Coalition Against the Death Penalty, Rita Sloan of the Reno Diocese’s Life, Peace and Justice Commission, said members of the commission have discussed Sisolak’s failure to take action “a great deal. We are perplexed. It’s puzzling to me that anybody could be in favor of the death penalty, in this day and age but a Catholic?”

“Do not definitively deprive the guilty of the possibility of redemption,” Auxiliary Bishop Gregory Gordon of the Las Vegas Diocese wrote to Sisolak and the Pardons Board, asking they hold a clemency hearing.

Outgoing Reno Bishop Randolph Calvo and Bishop Daniel Mueggenborg, who is to be installed Friday, wrote to Sisolak and the Pardons Board that Floyd’s case has “further dimensions that must be considered by the Nevada Board of Pardons since it was not included in Mr Floyd’s trial. Much like the case of mental retardation, which provides additional moral and constitutional grounds to oppose execution, the mental health issues Mr. Floyd bears, must be given a hearing and do provide sufficient mitigating circumstances to commute his sentence to life in prison without parole.”

“There is no categorical ban on the execution of people with mental illness,” according to the Death Penalty Information Center. ”Legislatures in numerous states have considered bills creating such an exclusion, but none has yet been enacted.”

Despite his impairments, Floyd was successful during his military service, which included one year at Guantanamo Bay, the petition says.

“With the exception of two alcohol-related incidents, Mr. Floyd’s service in the Marine Corps was exemplary,” Dr. Carl Castro, Director of the Military and Veteran Programs at the University of Southern California wrote in a report included in the petition.

Castro wrote it’s possible that Floyd “would have been able to not only function in the Marine Corps, but would have been able to do so at a fairly high level, despite his FASD and family and drug use history. This phenomenon has been referred to as ‘suffering while functioning.’ It is thought to be highly prevalent within the military due to the mental health stigma that exists that impedes Marines and all Service members from seeking and receiving the mental and behavioral health care services they need.”

Other doctors who examined Floyd say his organic brain damage from fetal alcohol syndrome impaired the cognitive skills that would have allowed him to self-regulate his behavior.

“God is the author of life, and no person, government or system has the right to take another person’s life,” said Emma Tacke of the Catholic Mobilizing Network. “It’s especially egregious to execute a man like Zane Floyd.”