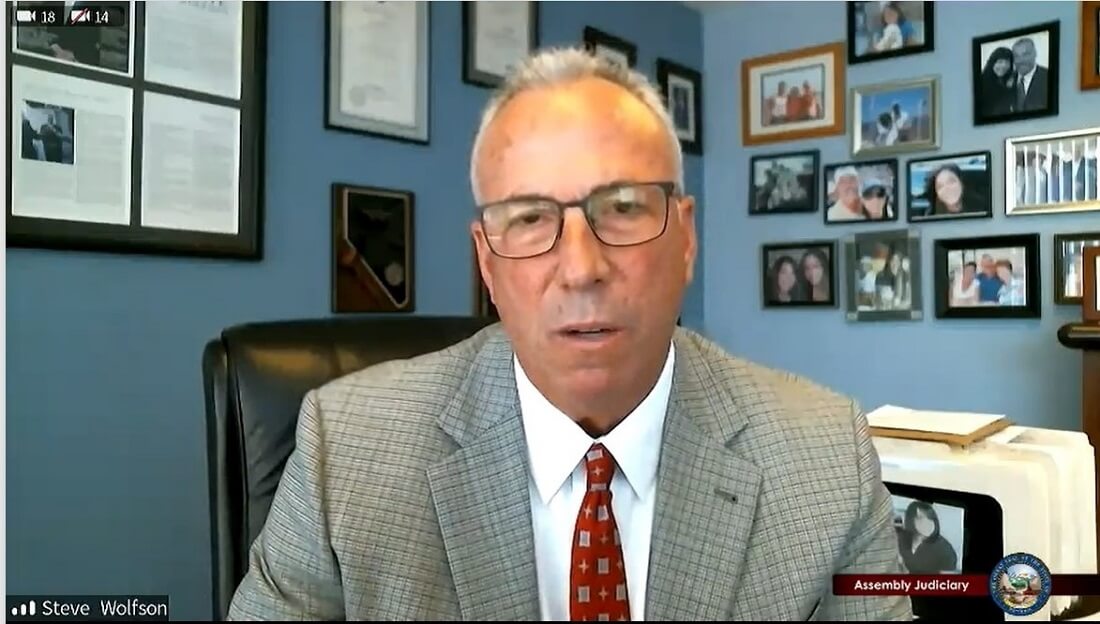 But he opposed abolishing the death penalty, because he said there’s not enough time for debate at the Legislature. He later proposed that voters decide the issue.

The Nevada District Attorneys Association, whose lobbyist works for Wolfson, opposed a number of bail reform measures, as well as ending the practice of automatically filing adult criminal charges against juveniles in some cases.

“I thought we were going to talk about my campaign for reelection, so if we’re not, I’m going to cut this short and go on to my next meeting,“ Wolfson said from a phone line in his government office, interrupting a question about his office’s disproportionate influence at the Legislature.

Sen. Majority Leader Nicole Canizzaro and Assembly Speaker Jason Frierson both worked as prosecutors for Wolfson during the 2019 session.  Frierson returned to the Public Defender’s Office in late 2019.

“We have reduced the number of cases we are approving” for prosecution, said Wolfson, adding for years the office has approved 80% of cases submitted.

“Now we’re down below 70%. So we’re being more selective in the cases we approve,” he said.

Wolfson is also touting two programs to keep offenders out of prison.

Project Redirect, the “first of its kind in Nevada,” according to Wolfson, allows offenders to enter a diversion program before charges are filed.

“For low level, non-violent offenders, which make up the vast majority of our cases,  we created a project where we offer offenders an opportunity to be assessed, and then based upon the assessment of their needs, offer them a program,” he said.

Those who successfully complete the program are never charged.

The program is initiated a short time after arrest, he said, “unlike a typical criminal case that takes a year, so the person doesn’t get any treatment for a long time. Under Project Redirect, they should start receiving services within a matter of a few weeks.”

Another program, Hope for Second Chances, allows a person who has been charged to avoid the possibility of incarceration by completing a course provided by Hope for Prisoners, a reentry program that is partnering with the District Attorney’s Office.

Wolfson did not respond to a request for information on the number of participants and how many successfully completed the programs and avoided adjudication or custody.