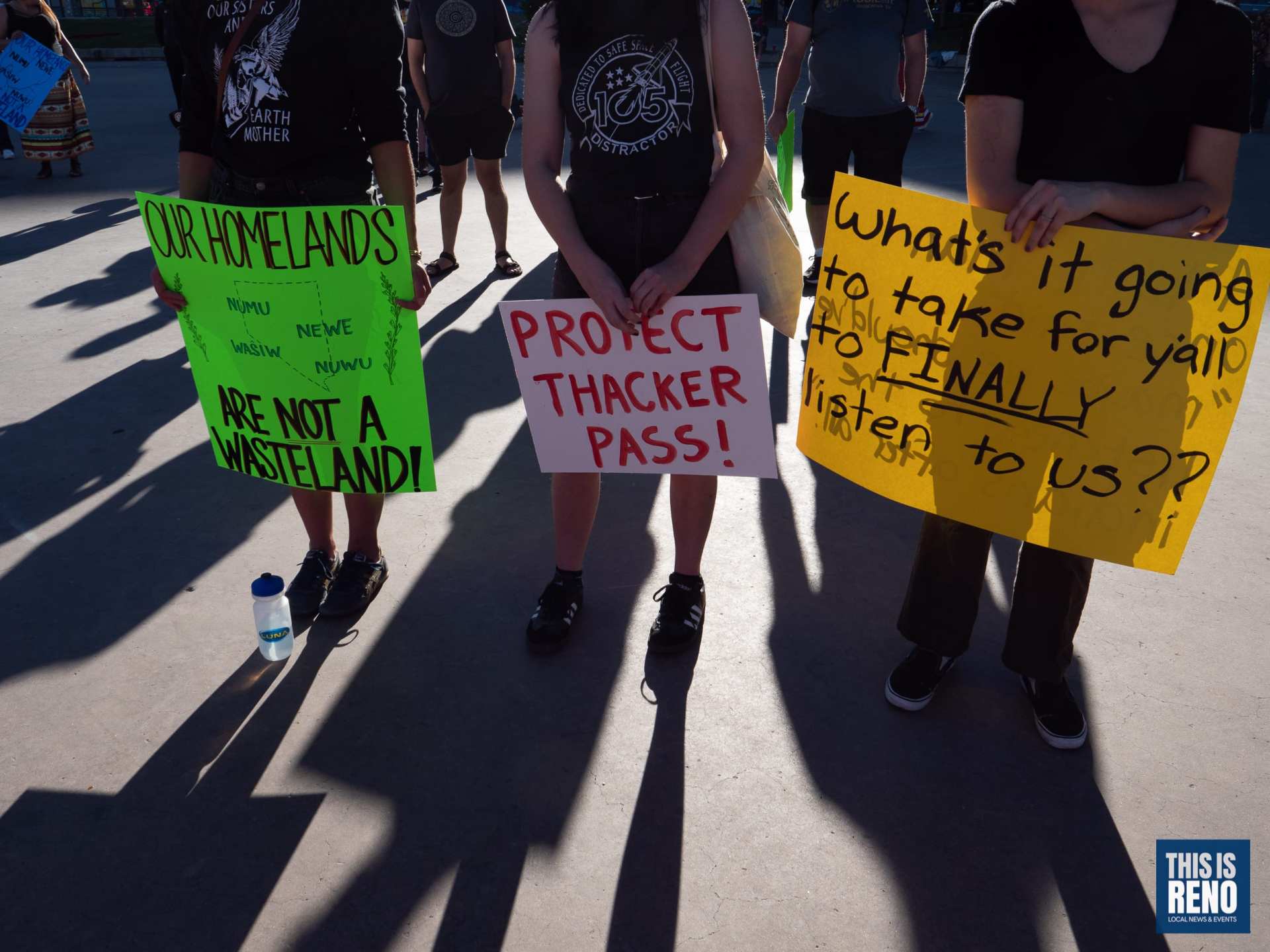 RENO–A U.S. federal judge heard arguments against a planned lithium mine from attorneys for Native American tribes on Friday who say the mine would cause irreparable harm to sacred native lands.

The Reno-Sparks Indian Colony, Burns Paiute Tribe and the People of Red Mountain were granted permission to join a lawsuit seeking to block Lithium Nevada’s proposed Thacker Pass mine in July. Now the tribes are seeking a preliminary injunction to halt any development of the mine while the lawsuit is ongoing.

Earlier this year, the Bureau of Land Management (BLM) approved the Thacker Pass mine five days before the end of Donald Trump’s presidency. It was one of several projects fast-tracked in the last days of the Trump administration to advance energy and mining development on public land, including a copper mine in Arizona that was set to be built on sacred Native American land before development of the mine was eventually abandoned.

The Reno-Sparks Indian Colony joined the lawsuit after receiving a letter from the BLM denying its request for government-to-government consultation under the National Historic Preservation Act, which gives tribes the right of consultation when a project will affect areas of religious or cultural significance to the tribe.

In the colony’s traditional language Thacker Pass is referred to as “Peehee mu’huh” which translates to “rotten moon” in honor of the colony’s ancestors who were massacred in an area of the Pass shaped like a moon.

“The BLM Winnemucca District Office must understand that Thacker Pass is a shared use area by a number of tribes,” read the letter from the tribe requesting consultation. “Just because regional tribes have been isolated and forced onto reservations relatively far away from Thacker Pass does not mean these regional tribes do not possess cultural connections to the Pass.”

“Our main argument is that this is… one of the biggest open pit lithium mines in the region and it’s the biggest lithium mine in the United States and BLM needed to alert and actually engage in meaningful consultation with more than those three tribes. There’s at least 15 tribes in the region that attach religious and cultural significance to Peehee mu’huh,” said Will Falk, the attorney for the tribes during a press conference following the court hearing.

“They did not actually engage in any consultation. They just sent these letters,” Falk said. “This happened during 2020, during Covid, and those tribes obviously did not respond.”

During the pandemic tribes have faced theft and vandalism, in addition to the pandemic. Many smaller tribes in Nevada have focused their limited resources on responding to the pandemic and fighting for assistance from the federal government.

Attorneys for the tribes noted that many tribal offices, including the Reno-Sparks Indian Colony and Fort McDermitt Paiute and Shoshone Tribe, were closed for most of 2020.

Attorneys for the federal government argued that federal land managers followed processes used in the past to determine what projects necessitate government-to-government consultation, adding that tribes had not alerted the BLM to the sacredness of the land in past projects.

“It’s not a very good argument,” Falk said. “Because all these other projects also failed to consult with all these other tribes that attach cultural and religious significance to these lands.”

In an environmental review on Thacker Pass, the BLM acknowledged the proposed site for the lithium mine had over a thousand cultural resource sites that would be damaged by the mine’s development, the vast majority vestiges of obsidian used to make arrowheads and other tools. The review also found that 52 historic properties eligible for listing in the National Register of Historic Places would be affected.

Far Western Anthropological Research Group is currently seeking a BLM permit to archaeological excavations at Thacker Pass in order to survey historic artifacts in the area.

However, attorneys for the tribes argue that excavations “could harm the very human remains and artifacts the archaeologists would be looking for.”

Lithium Nevada attorney Laura Granier assured the court that any discovery of human remains would halt all work on the mine, due to the National American Graves Protection and Repatriation Act.

Chief Judge Miranda Du of the U.S. District Court for Nevada, who heard arguments for the case on Friday, said she would likely come to a decision on whether BLM and Lithium Nevada can hire an archaeological contractor to catalog and remove cultural artifacts as soon as early next week.

Tribal members and other native rights activists fear that as climate change becomes more apparent the push to develop lithium mines in the U.S. on federal lands that are considered culturally significant to Native Americans will only grow.

Growing demand for electric cars and clean energy technology has led to mining companies looking to increase lithium production in Nevada, home to the only large-scale lithium mine in the U.S.

The Thacker Pass mine would produce about 800 tons of battery-grade lithium metal annually over the first four years of the mine’s life, according to the environmental review.

The Biden administration has the authority to stop or pause some projects at stages of the permitting process, as it did with the proposed copper mine in Arizona. But projects like Thacker Pass that have already secured permits may be difficult to stop.

Lawmakers in the state also see lithium mining and clean-energy technology as a means of diversifying the economy. The mine would employ about 1,000 people during construction and nearly 300 full-time positions once it’s fully operational. The BLM estimated that the mine could generate $17 million in tax revenue and $34 million in additional economic activity in the state.