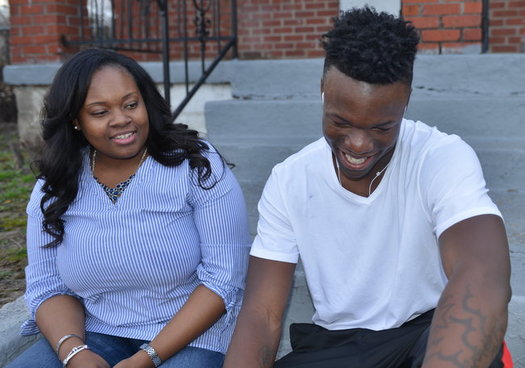 Nevada is seeing multiple efforts to reduce racial disparities among kids who are arrested or incarcerated, and a new report says it's working. (Connie Mills/Youth Villages)
Share
0
FacebookTwitterPinterestLinkedinTumblrRedditWhatsappTelegramEmail

CARSON CITY — Nevada is closing the racial gap among young people behind bars, according to a new report from The Sentencing Project.

The data show as of 2019, Black youth in Nevada were still three and a half times more likely than their white counterparts to be jailed, but that is 36% better than in 2010.

Josh Rovner, senior advocacy associate at The Sentencing Project and the report’s author, said arrest or incarceration for common teenage misbehavior, from smoking marijuana, to vandalism or petty theft, can backfire and increase the likelihood a teen will re-offend.

“We don’t need to tolerate these kinds of misbehavior, but we do need to divert kids from system involvement and make sure that there’s no record following them,” Rovner asserted.

The report also showed Nevada has narrowed the gap between white and Latinx kids behind bars by 46% since 2010, so much so that Latinx youths are now less likely to be incarcerated than their white peers.

Dr. Tara Raines, director of Kids Count Initiatives for the Children’s Advocacy Alliance, credits Nevada’s success to diversion programs. She explained in the Silver State, police officers can choose to forgo an arrest, and drop a teen off at a network of juvenile assessment centers, called “harbors,” instead.

“And at the harbors, there’s the opportunity to talk to social workers and people from Children and Families, people from the school districts,” Raines emphasized. “There are mental health professionals there; people who may be able to help change that kid’s choices.”

The Clark County School District gives teens incentives to stay in school with a truancy-prevention outreach program known as “T-Pop,” and multiple agencies and nonprofits have come together to form the My Brother’s Keeper Alliance, dedicated to finding ways to keep young people of color out of the juvenile justice system.