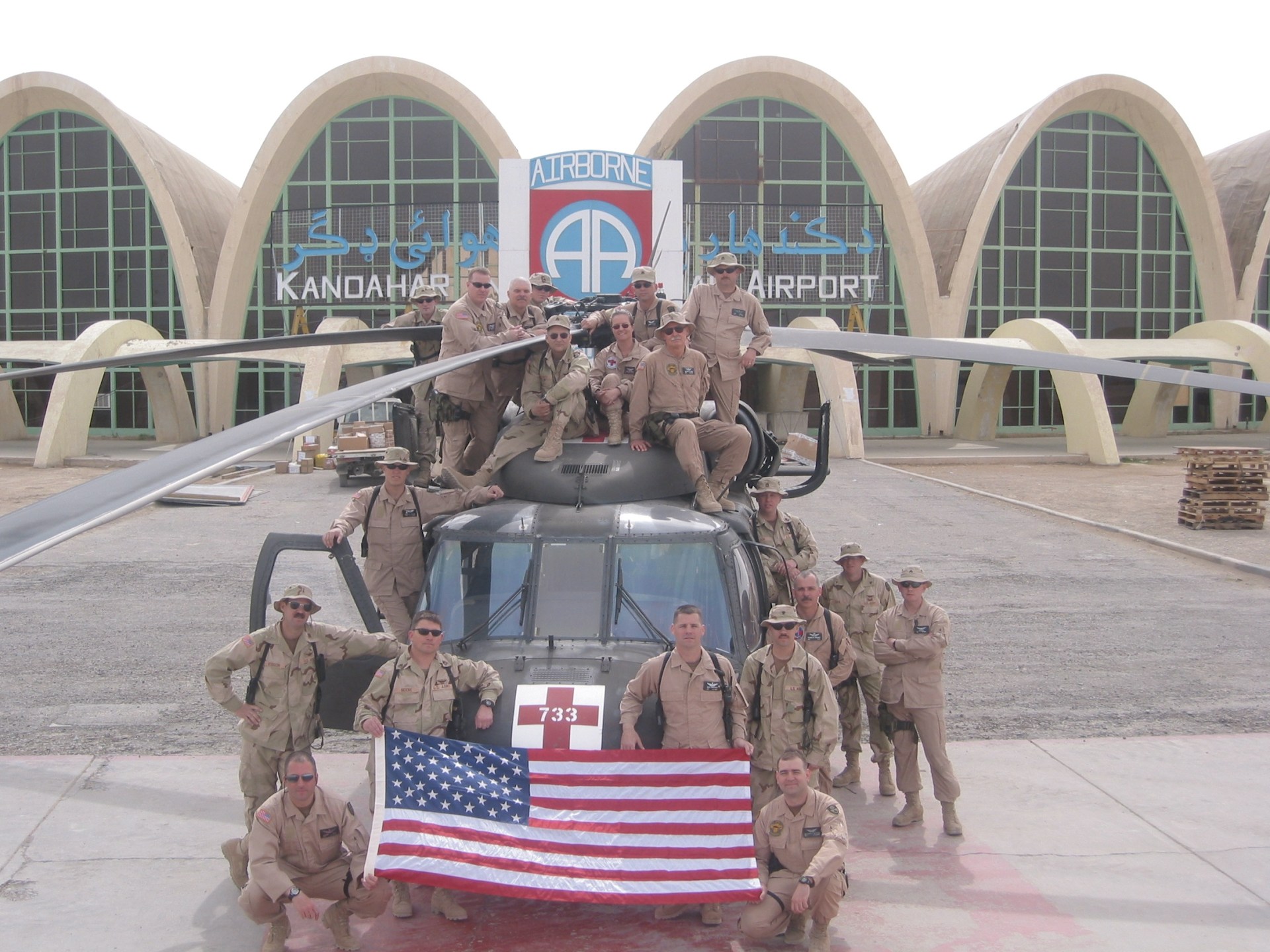 In this file photo from 2003, the Soldiers from the first Nevada Army Guard unit deployed to Afghanistan – Detachment 1, 126th Medical Company based in Stead, Nevada – take time out for a photo at Kandahar International Airport. The Soldiers were in Kandahar Province from January-September 2003. The unit would be deployed to Afghanistan four times during the next two decades. More than 1250 Nevada Guard Soldiers and 700 Nevada Guard Airmen served in Afghanistan since 2003. Photo courtesy Nevada Army Guard
Share
0
FacebookTwitterPinterestLinkedinTumblrRedditWhatsappTelegramEmail

CARSON CITY–As the Taliban takes full control of Afghanistan, the Nevada National Guard shared information on their efforts in the region, which included 19 separate unit activations from 2003 to 2021. Nevada Army Guard officials said none of its units or soldiers are currently in Afghanistan.

Over the past 19 years more than 1,250 Nevada Army Guard soldiers and more than 700 Nevada Air Guardsmen served in Afghanistan. Their missions in the region included activities as a unit, but also as individual personnel.

The Nevada Army Guard’s 2/238th Aviation unit was the first and last Nevada Army Guard unit in Afghanistan, “likely due to the unit’s invaluable ability to perform medical evacuation missions on the battlefield aboard its UH-60L Black Hawk helicopters,” officials said. The unit arrived in Afghanistan for its first mission in January 2003 with seven soldiers as the 126th Medical Company, Detachment 1 and completed that mission and was back home by September 2003.

The majority of the soldiers deployed from the 2/238th returned home by last fall from a deployment that began in April 2020. The final five soldiers from the unit returned to Nevada in January. Officials said during that deployment the unit recorded 1,811 flights and 77 medical evacuations, all amidst the global pandemic.

The Nevada Army Guard’s second deployment to Afghanistan also proved to be its most tragic. On January 2, 2005, about 125 Soldiers from Company D, 113th Aviation mobilized in Reno and deployed to Afghanistan ready to provide personnel and cargo transports aboard its CH-47 Chinook helicopters.

Nine months into their deployment on Sept. 25, 2005, Flynn, Stewart, Oregon Guardsmen Warrant Officer Adrian Stump 3 and Sgt. Tane Baum and active duty Sgt. Kenneth Ross of Arizona were killed when they were shot down by a Taliban-fired rocket-propelled grenade. A memorial to the five Soldiers killed aboard Mustang 22 remains on permanent display at the Army Aviation Support Facility, 20,000 Army Aviation Drive in Reno. They remained the only Nevada Guard casualties—both Army and Air—the organization suffered in Afghanistan. Also in 2005, Nevada Specialist Anthony Cometa, a Humvee gunner, was killed in Iraq.

The largest unit deployment began in April 2009 when 631 Soldiers in 1st Squadron, 221st Cavalry mobilized to provide security platoons to 12 provincial reconstruction teams across Afghanistan. They returned intact in May 2010 with no combat deaths despite incurring more than 20 serious injuries.