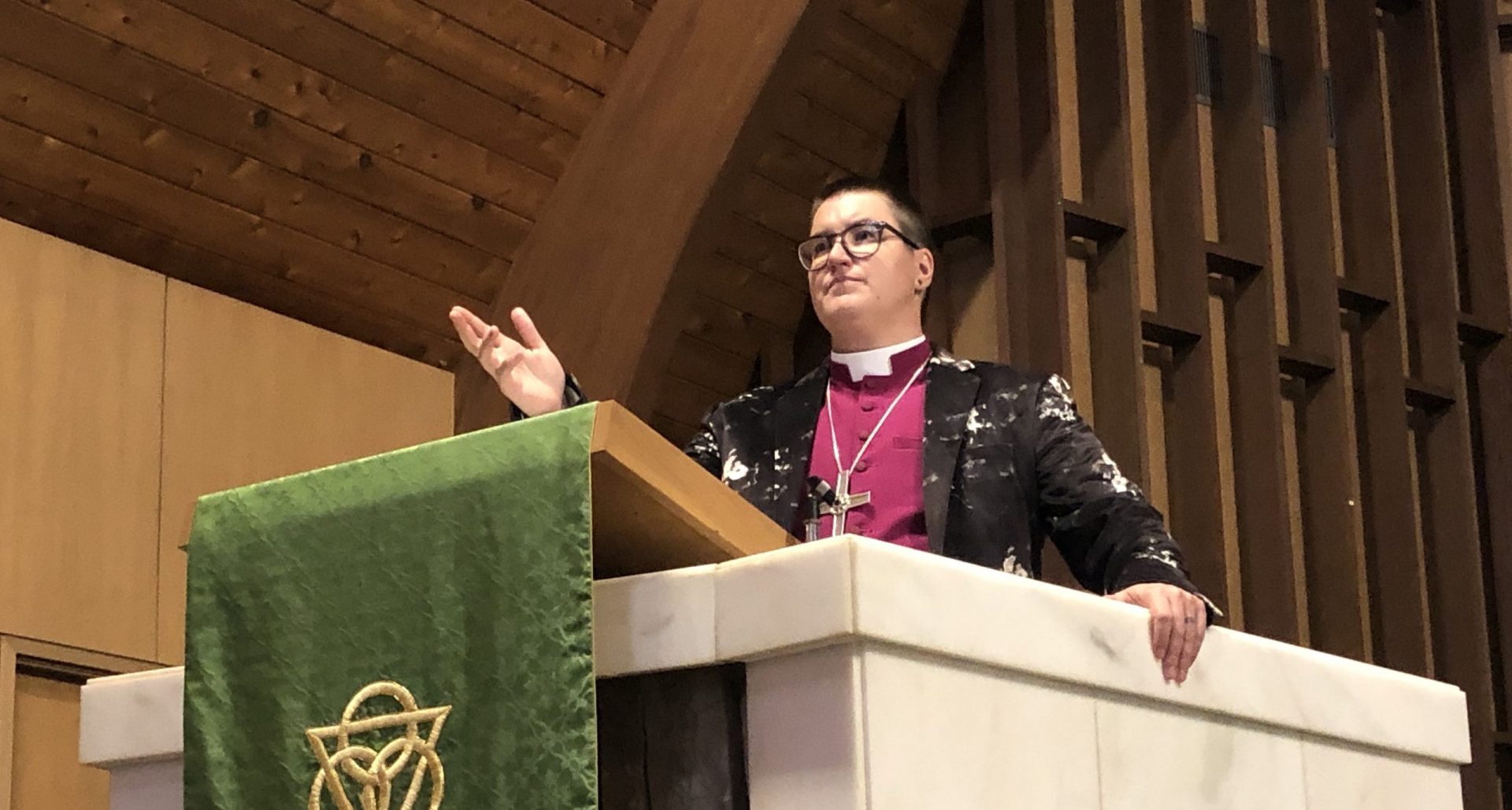 Rohrer is a pastor, author and advocate for marginalized communities. They will be connecting with faith leaders and congregation members during their time in Nevada to learn more about the lives and mission history of Lutherans in the area.

Rohrer is the Bishop of the Sierra Pacific Synod, which includes a community of churches spanning across northern California and into Nevada.

“At the beginning of my service as Bishop, I am visiting the first major cities West of Utah in order to celebrate the rich history of Lutherans in Nevada,” Rohrer said. “While my professional ministry has primarily been in urban areas, growing up in South Dakota, I care very deeply about congregations in rural and remote spaces. I hope that my time with congregations from Reno to Elko will help me be a better advocate for these important ministries.”

Rohrer was ordained in 2006. In 2010, they were one of the first seven pastors received into the ELCA after the church changed its policies concerning LGBTQ+ pastors to serve openly. On May 8, 2021, they were elected as the first openly transgender Bishop in a mainline Christian denomination.

Rohrer is a filmmaker, musician and historian and has been featured on the show Queer Eye and in Cosmo and People magazine. They were also in Wittenberg, Germany for the 500th Anniversary of the Reformation.

Listed in the Trans100, Rohrer’s exhibit on transgender mentoring from 1976-2009 in San Francisco was displayed at the GLBT Historical Society and won OutHistory’s Since Stonewall Local History Competition. They also won international awards for the Trans themed documentary Zanderology and was a finalist in transgender non-fiction for the Lambda Literary Award.

Cole aims to be 1st trans politician to win a...