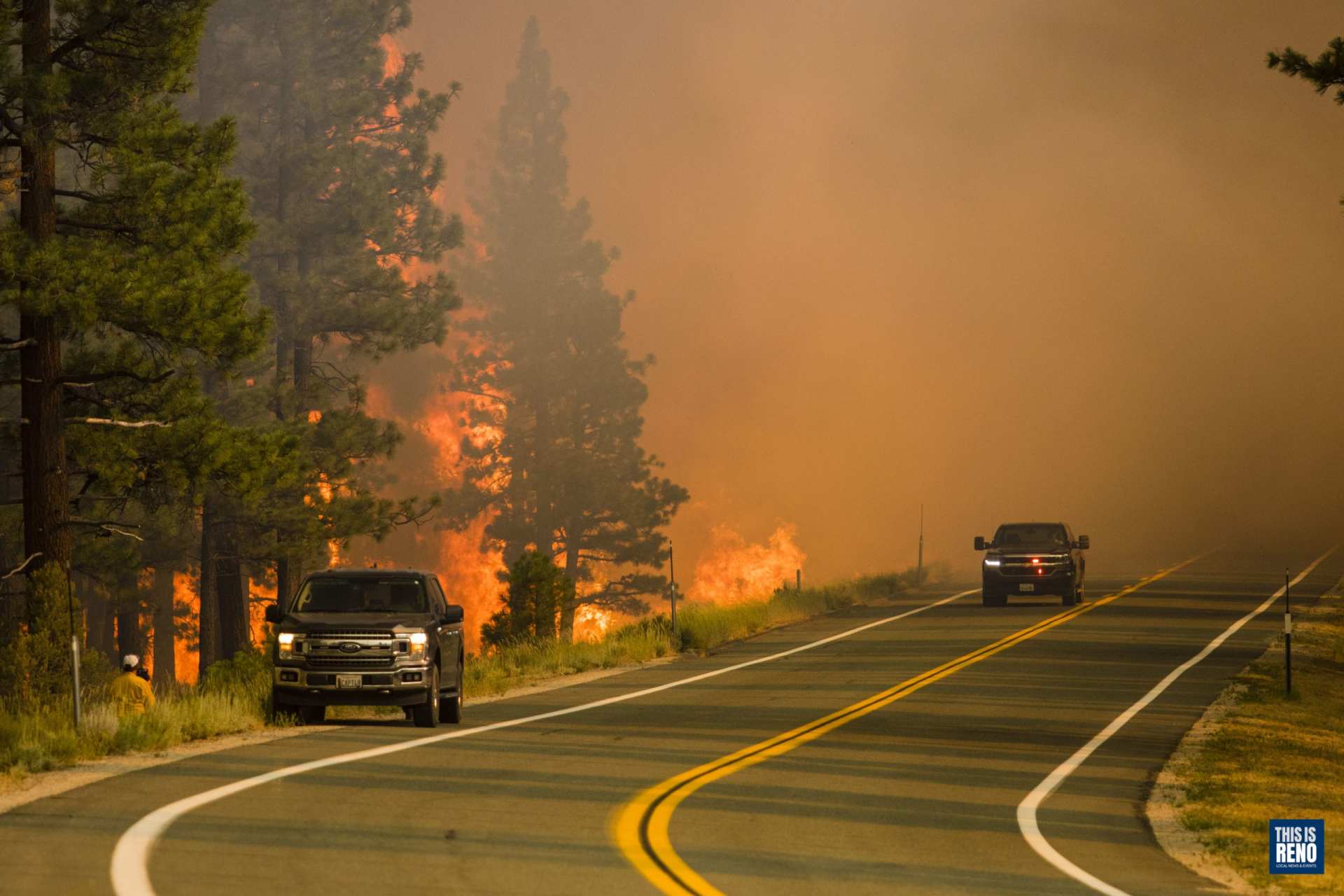 A scene from the Tamarack fire on July 17, 2021. Image: Ty O'Neil / This Is Reno
Share
0
FacebookTwitterPinterestLinkedinTumblrRedditWhatsappTelegramEmail

RENO–Smoke was still choking out the blue sky and darkening the sun last week when Nevada U.S. Senator Catherine Cortez Masto met for a roundtable discussion with northern Nevada firefighting and health officials, scientists, educators and an organizer for Moms Clean Air Force to talk about wildfires and the detrimental effects they have on air quality.

Fires have scorched Nevada, Oregon and California for months now, burning record numbers of acres and polluting skies for weeks.

It’s a part of the massive infrastructure spending bill still awaiting approval in the house. If approved it would allocate around $3.4 billion to wildfire prevention in Western states over five years.

The funding would be spread across 17 pots, including money for older schools to have their HVAC updated or clean energy sources installed. It would also direct $10 million toward wildfire detection equipment—including cameras and heat sensors—in at-risk wildfire areas, building upon the success of the ALERTWildfire camera network that originated in Lake Tahoe.

Centrist Democrats want the House to vote on the Senate-passed infrastructure bill prior to the chamber taking up Democrats’ proposal to boost the social safety net through a broader spending plan.

Progressives, on the other hand, have said they would prefer to wait to take up either plan, until the Senate has approved both of them.

“My goal, as I sit on [Senate Committee on] Energy and Natural Resources, is to make sure that people understand—particularly for our Western states—that this is something that’s happening all the time now. And we need the resources,” she said.

She said Western states’ senators know the importance of funding wildfire suppression and prevention but that she’s recently been hearing from senators in Eastern states where wildfire smoke has drifted from the massive blazes burning on the opposite side of the country from them.

Cortez Masto told roundtable attendees that they will need to help her get the funding into Nevada by applying for it after the package is approved.

“You guys are really on the frontlines, and I want to make sure the money is coming into Nevada where we need it,” she said. “So, I just want to thank you for that.”