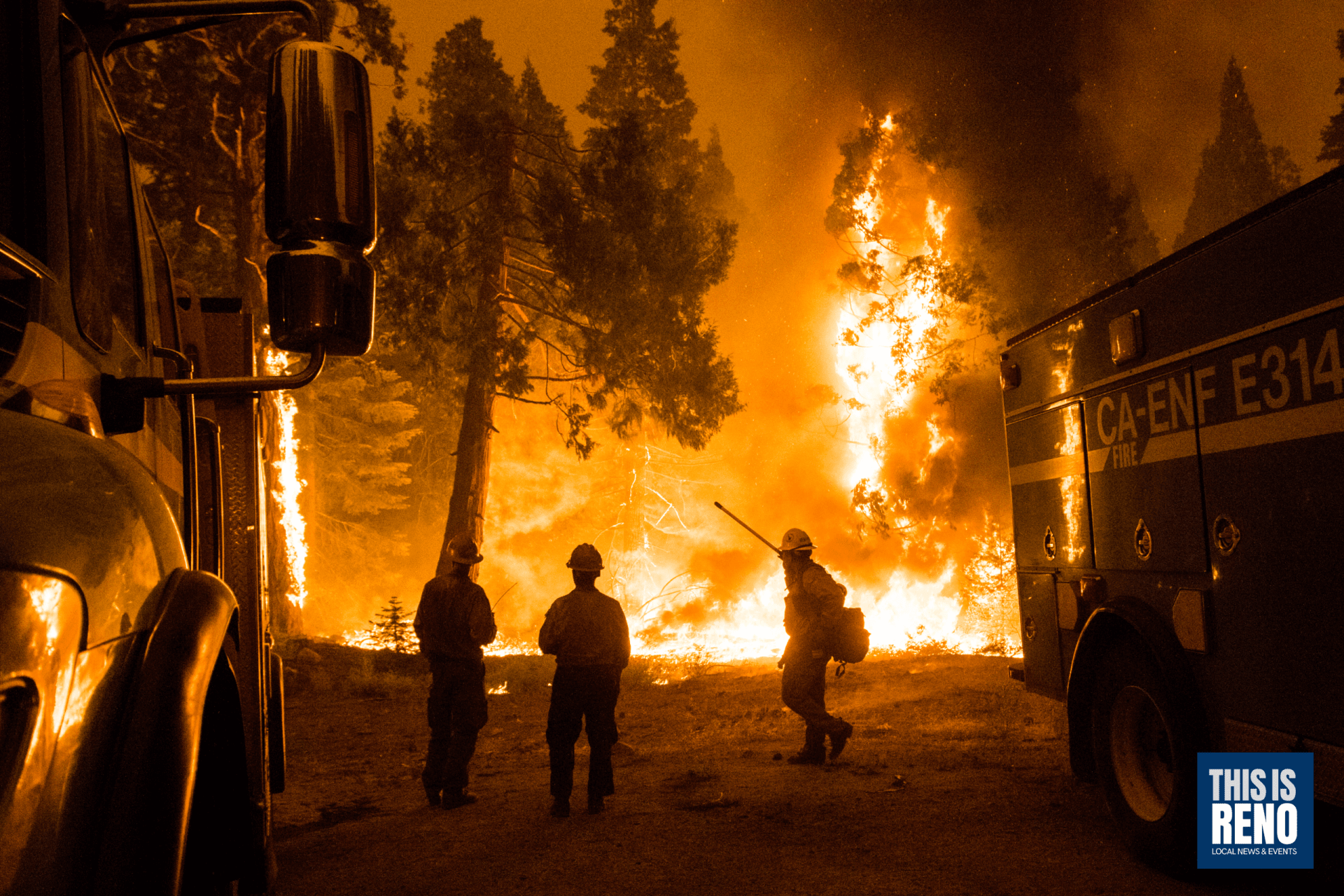 STATELINE–Residents of South Lake Tahoe must leave their homes after fire officials issued another round of mandatory evacuations Monday in response to the rapidly growing and barely contained Caldor Fire. The evacuation orders include the entire southern part of Lake Tahoe from Stateline clockwise west and north to include the Tahoma area.

Gov. Steve Sisolak today declared a state of emergency in response to the fire, anticipating it may cross into Nevada in the coming days. The declaration ensures resources from local, state and federal agencies are available should they be needed.

The fire has burned more than 177,000 acres—increasing by more than 7,000 acres since this morning’s update–and is 14% contained. Fire officials said conditions remain critical with dry conditions and early morning winds. “Current fire behavior is contributing to ember casts traveling up to half a mile,” one update noted.

Visit https://inciweb.nwcg.gov/incident/7801/ for the latest information.