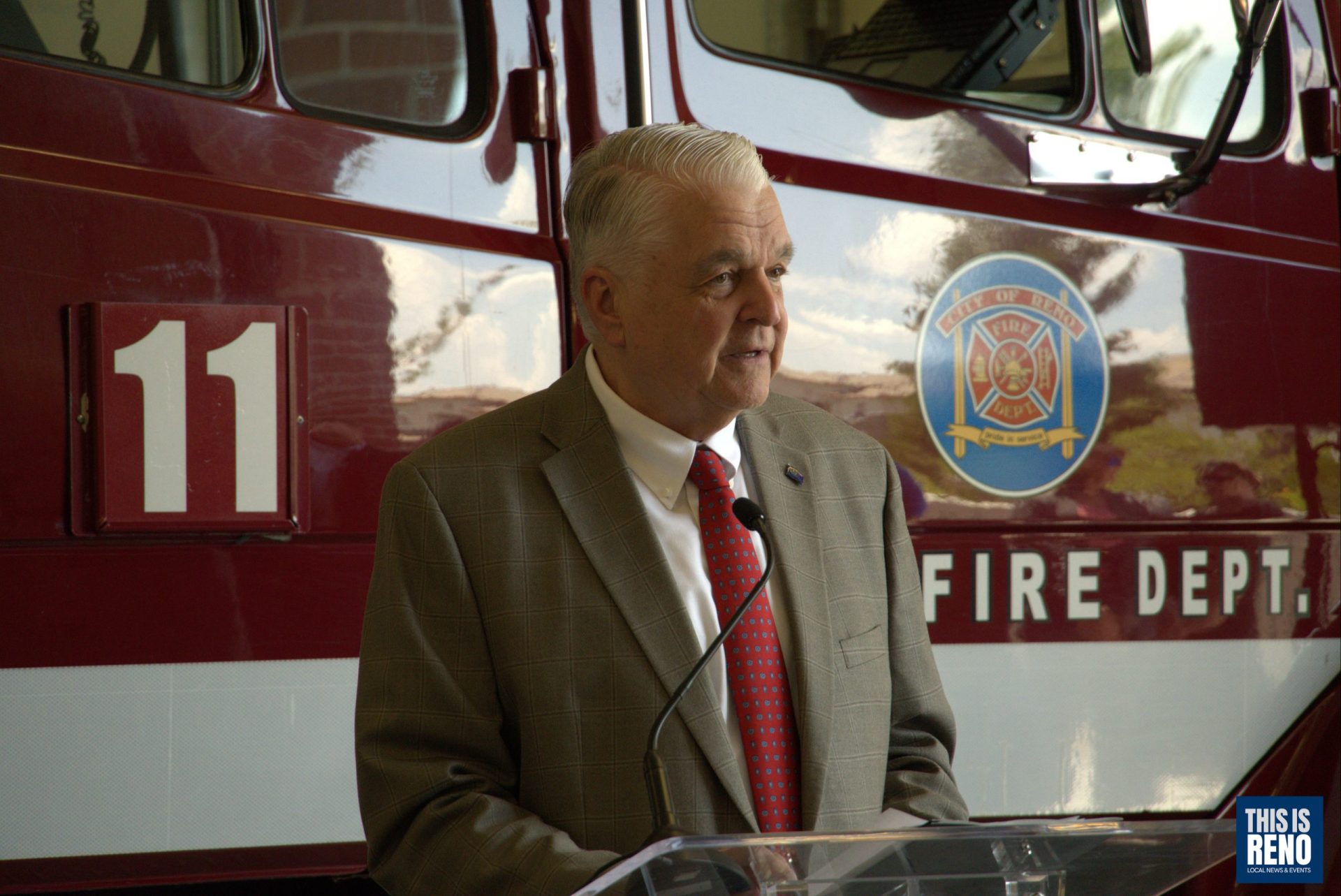 By Abby Ocampo and María Palma, This Is Reno

RENO–The State of Nevada, Washoe County and the City of Reno on Thursday announced a new statewide partnership with Ledger8760 to enable real-time energy and emissions tracking, in a bipartisan effort to fight climate change.

“Nevada is a global leader in renewable energy, and we will now be a leader on how governments around the world track and reduce their carbon emissions to meet the goals set in the Paris Climate Accord,” said Gov. Steve Sisolak.

This new initiative will be developed by a sustainability technology company that has been operating since 2017.

Ledger8760 is a Reno-based software startup that helps companies and government agencies reduce their costs and measure their carbon footprints. It will be tracking real-time energy and emissions from various state buildings, including the Nevada State Capitol, the Nevada Department of Motor Vehicles, and the Nevada Department of Transportation, as well as for the City of Reno and Washoe County.

“Up until this point, organizations have had limited access to a data set of their emissions and energy usage, and they haven’t been able to see the full picture,” said Adam Kramer, CEO of Ledger8760.  Until recently, Kramer was the executive vice president of strategy at Las Vegas-based Switch where he led the sustainability group overseeing the company’s transition in 2016 to 100% renewable energy use.

Kramer said that through the data sets tracked with Ledger8760 “leaders and stakeholders can now have a single dashboard with a full visualization of their energy and emissions output, along with the related costs, across their organization that will be both accurate and actionable.”

In May, the City Council approved $97,000 for an agreement with Ledger8760 for data collection and analysis of energy and fuel data to produce real-time tracking of emissions from operations. The money will come from the Green Energy Bond Fund. A month later, the County approved a three-year contract with the company for $230,000.

“We are reminded daily how critical our fight to curb climate change is,” he said. “If we can accurately measure our impact in real time, we can more efficiently reduce our carbon output. This is how we fight climate change and protect our state.”

In 2019, Nevada joined the U.S. Climate Alliance, a bipartisan coalition of governors committed to reducing greenhouse gas emissions consistent with the goals of the Paris Agreement.

In this way, Reno joins the county and the state as the first city in the country to undertake real-time carbon tracking established by the Intergovernmental Panel on Climate Change (IPCC).

“This partnership will allow for real-time tracking of [greenhouse gas] emission data and progress toward the goals set forth in the Paris Climate Accords. Using the standards established by the Intergovernmental Panel on Climate Change (IPCC), the City of Reno will be able to more closely monitor its emissions profile,” said Reno Mayor Hillary Schieve.

Schieve said the first phase of the project will provide the city with an accurate baseline of the emissions in a form that complies with IPCC reporting.

“This establishes the City of Reno as a leader in meeting the transparency aspirations of the Accords. The ongoing, real-time data analysis will capture successes to demonstrate the City of Reno’s progress over time toward its mitigation climate goals, while also identifying data-driven practices and opportunities to accelerate its mitigation effort,” she said. “This effort is crucial for the city to reach its goals set forth in our adopted Sustainability & Climate Action Plan.”