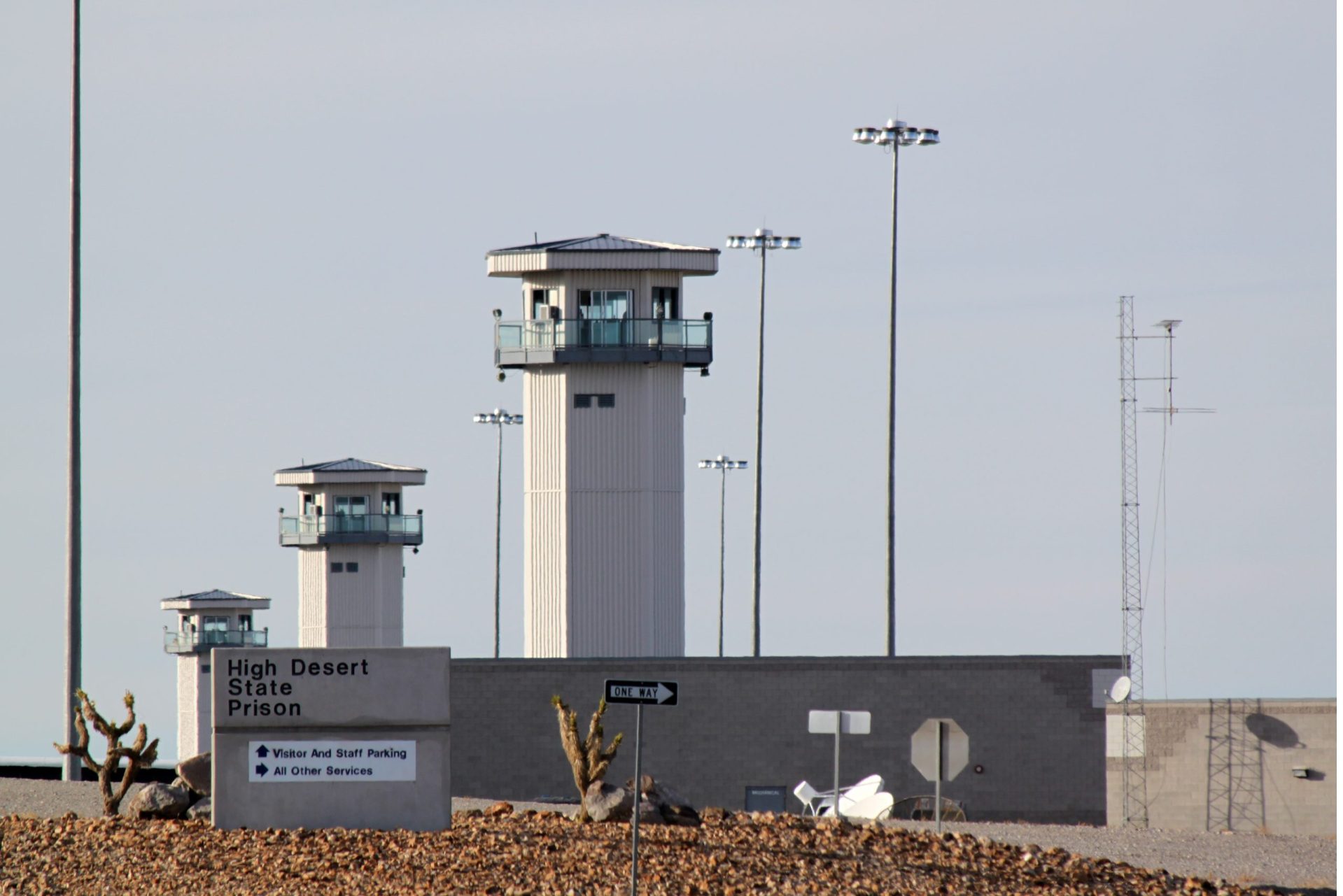 Less than half of corrections staff within the Nevada Department of Corrections have been vaccinated, which Gov. Steve Sisolak called “atrocious and not acceptable” during a meeting Tuesday.

The Nevada Board of Prison Commissioners, which includes Sisolak, Attorney General Aaron Ford and Secretary of State Barbara Cegavske, was informed 41.9% of the 2,393 prison staff have been vaccinated despite plenty of supply.

The update comes as Sisolak plans to implement a statewide policy for state employees to get vaccinated or submit to weekly Covid testing out of pocket.

“Are you aware of the new state policy that’s going into effect next month, and that we’re mandating vaccines, and if you don’t get the vaccine you have to get tested weekly at your own expense?” Sisolak asked. “Have you made everyone aware of that so they can get their vaccine before they have to start paying for their own weekly test?”

Michael Minev, the medical director for the department, said they are working to “make that known to the staff.”

During an April 20 meeting, officials reported that only 33% of staff, 870 people, were fully vaccinated.

Ford also pressed corrections officials Tuesday about why the numbers weren’t higher and if there was vaccine hesitancy.

“There have been incidents where there have been isolated side effects of the vaccines given,” Minev said. “We have made every attempt to go out to the institutions. I’ve personally gone out to institutions and tried to speak with not only staff but also offenders to try to convince them of the obvious benefits of vaccinations. However, the media and unfortunate minimal side effects that do exist out there seem to be over-inflated and caused a lot of vaccine hesitancy in our community.”

Sisolak pushed back on Minev and said side effects caused by the vaccine were “anecdotal stories and extremely rare.”

“I don’t know how many you’re dealing with but I would like to know when you bring that up for the reason people aren’t getting the vaccine,” he said. “How many cases have you had where people have had side effects from the vaccine?”

There haven’t been staff who have reported side effects, Minev responded.

He said while part of the problem is staff who don’t want to be vaccinated, there is “room for those who have not been vaccinated to be convinced of vaccination.”

In addition to low staff vaccination rates, only 51.7% of people incarcerated are vaccinated. The department’s population is currently 10,813.

At the April meeting, less than 10 percent of inmates were vaccinated.

Jodi Hocking, the founder of the advocacy group Return Strong, offered to work with the Department of Corrections to help with outreach and inform incarcerated individuals about misconceptions and myths around the vaccine.

Hocking said there is a long history of racism in health care that has led to distrust of the vaccine by people of color.

Some of that history, she said, is translating to what is being seen as hesitancy among some inmates who fear “that’s not really a vaccine and there is a potential that people are being used as test guinea pigs.”

“You guys are having a hard time targeting that,” Hocking said. “I would like to propose creating a round table discussion that either supports or represents incarcerated people along with Dr. Minez and look at trying to find solutions. What is happening right now is not building any trust with inmates and we may be able to help with that.”

Since the proposal was made during public comment, commissioners didn’t respond to the suggestion.

Officials told commissioners Tuesday the Department of Corrections is planning to implement deduction caps on inmate bank accounts outlined by Senate Bill 22 as soon as Wednesday.

The bill, which went into effect July 1, limits deductions from friends and family at 25% and money earned through jobs at 50%.

However, corrections officials previously said a new administrative regulation must be written before they could implement the legislation.

Since the bill’s effective date, the department has deducted higher amounts than the bill mandates. Corrections officials are still planning to write a new regulation, which will need to be approved by the board.

Ahead of the regulation, they will implement the limits on deductions. Any amount taken from inmates after July 1 that was higher than the legislative established caps is expected to be returned, but officials didn’t indicate how long that would take.

Last September, Director Charles Daniels increased deductions to 80% without warning or formal approval from the Board of Prison Commissioners. Groups including Return Strong and the ACLU of Nevada have worked to put some restrictions on those deductions since then.

“After 10 months, three meetings and a legislative session I think we’re at a point where we will not have to talk about inmate account deductions any longer,” said Nick Shepack, a policy and program associate with the ACLU of Nevada. “The governor’s recommendations to implement the caps prior to getting the regulation through the process is something we are very happy to see.”

Corrections officials also told commissioners they are in the process of updating use of force policies and are researching alternatives for “non lethal options.”

Brian Williams, the deputy director of operations for NDOC, said they have sought assistance from Amtec Less-Lethal Systems, which provides law enforcement and corrections agencies training and products.

He said they have “identified several less lethal munition options and began implementation and training for these munitions” and that a revised policy change is expected to be presented at a future Board of Prison Commissioners meeting.

“Due to the sensitive nature of institutional operations and the use of munitions involved, I would humbly request any further discussion on this topic be conducted in a nonpublic form to protect the integrity of our institutional policies and procedures as well as the safety of staff and inmates,” Williams said.

No action was taken on the item.