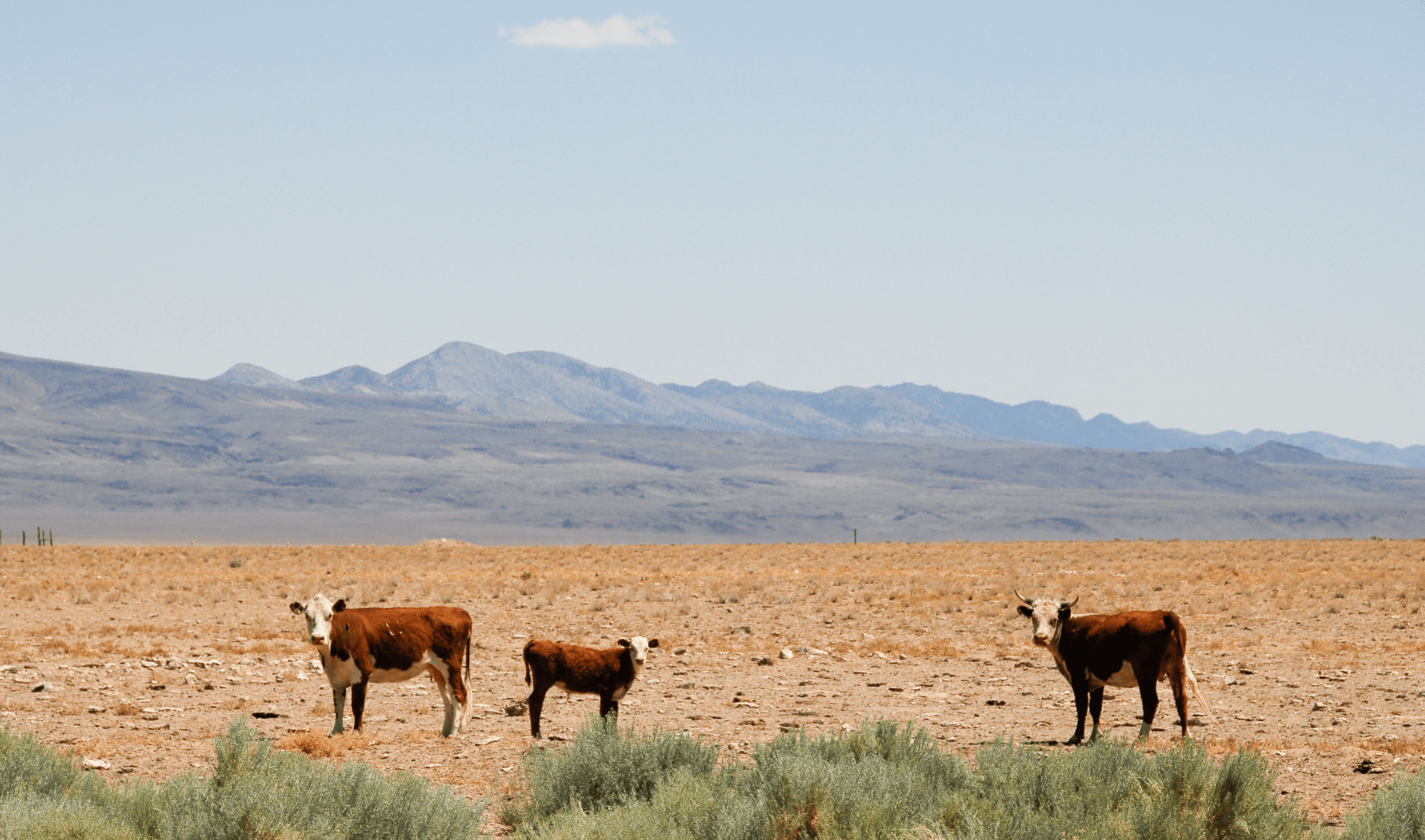 WASHINGTON, D.C.–U.S. Representative Dina Titus said she’ll reintroduce legislation intended to reform federal agricultural industry research and promotion programs, continuing an effort she launched in January 2020. Among those who joined her to discuss the bill via a Zoom call on Wednesday were cattle producers and animal welfare representatives–none of whom were from Nevada.

The bipartisan Opportunities for Fairness in Farming (OFF) Act will be introduced in the 117th Congress by Titus and Rep. Nancy Mace (R-SC). The bill is similar to one introduced in 2019 by U.S. Senators Mike Lee (R-UT) and Cory Booker (D-NJ) and identical to the one Titus introduced in 2020, which had bipartisan support. Neither bill moved forward, which advocates said was due to a lack of education about details within the bill.

Rep. Titus said the legislation will improve accountability and transparency in what are commonly called checkoff programs run by the U.S. Department of Agriculture (USDA) that are tasked with research and promotion of their respective industries.

“Sunshine they say is the best cleaner, so what we want to do is put a little sunshine on this,” Rep. Titus said in discussing the bill.

Several Nevada agricultural organizations, when reached for comment on the proposed legislation, said they weren’t aware of the bill or any of the problems it seeks to solve.

What are checkoff programs?

A prominent example of one such program is the Cattlemen’s Beef Board, which funded the “Beef. It’s what’s for dinner.” advertising campaign. “Got Milk?” That’s the work of another checkoff program for the dairy industry.

The checkoff program was approved by Congress in 1966 and has since grown to 22 national boards and councils representing everything from pecans and popcorn to Christmas trees and pork. Smaller state and regional boards and councils also exist, such as the Nevada Beef Council and the Nevada Dairy Council. Titus said all of the programs combined represent about $850 million a year in spending to promote U.S.-produced agricultural products.

Each program is funded primarily through required assessments on agricultural products sold, such as $1 per head of cattle or 10 cents per case of eggs, although organic producers and those with very small operations can get an exemption from participation. Some funds also come from membership dues. Each program is led by a national council or board that’s supposed to be made up of producers and representatives from within the industry, nominated then approved by the Secretary of Agriculture.

The problem, some backers of Titus’ bill claim, is that industry giants have taken over the checkoff programs’ national boards, then use the funds and power that come with them to lobby for policies that hurt smaller producers and endanger animal welfare. They add that lax oversight further contributes to the problem.

David Wright, a board member of Organization for Competitive Markets (OCM) and former USDA Beef Checkoff board member, cited country of origin labeling (COOL) as one of the issues that’s harmed smaller producers. He said the roll-back of COOL requirements has given power to the large meatpackers, who can package lower quality meats–at times produced without animal welfare in mind–without consumers noticing. Industry experts say the lack of COOL has lowered the prices paid to cattle producers in the U.S. and directly hurt ranchers.

“Industry groups have taken control of those dollars, and they use them to promote their position,” Wright said. “This is the most corrupt thing I’ve ever seen in my life.”

Another advocate, Fred Stokes who is a cattle producer in Mississippi, agreed, noting that the checkoff program has “established an advocate for the packers as the voice of the cattle producer. There are many of us in our ranks that have been compelled to fund our demise.”

There’s no clear link between COOL and the checkoff program, however. The U.S. dropped its COOL rules after a 2014 ruling from the World Trade Organization that said the policy violated global trade rules.

Some industry groups were in favor of the COOL rules because they said it delivered to U.S. consumers what they wanted: the knowledge of where their food was coming from. Other groups were against the labeling rules, citing concerns that trading partners such as Canada and Mexico would impose retaliatory tariffs on agricultural exports causing greater harm to multiple industries.

The Cattlemen’s Association has been accused of using checkoff money to advocate for practices that increase production but can lead to worse conditions for animals, as reported by the Nevada Current.

Humane treatment of animals is a key issue for Titus, who said she’ll consistently fight for animal welfare while she’s in Congress.

Proponents of Titus’ bill also believe greater financial controls need to be put in place to eliminate what they say is a continued misappropriation of funds within the USDA checkoff programs and use of “farmer and rancher tax dollars against the best interests of the producers to further the agenda of industrial agriculture.”

Doug Busselman is executive vice president of the Nevada Farm Bureau, which represents the interests of Nevada’s farmers and ranchers–19,000 members in all. He is also involved with the Nevada Dairy Farmers & Dairy Council of Nevada, which is a state-level checkoff program. He said financial controls and member oversight are already built into the USDA’s checkoff program.

“I really don’t know how much more accountability that Rep. Titus is trying to accomplish,” he said when discussing the proposed bill. “Our experience doesn’t have any of the issues that are being raised.”

The money for checkoff programs is segregated from other funds, he said, and is used exclusively for marketing and promotion of industry products along with research. The dairy council, as with other checkoff programs, also goes through an annual audit with the USDA to ensure checkoff program funds are used as required by federal law. They also must renew their charter to participate in the program each year.

He added that Nevada’s agriculture producers are involved in the state councils, which work with their national counterparts.

“We support having the ability for agricultural producers to continue funding for the support and research for their products,” Busselman said.

That promotion includes things like nutrition programs in schools, food safety information and resources, and education on how and where agriculture in Nevada is produced.

In a 2021 report on the food and agriculture industry, Nevada’s Department of Agriculture reports a $4.71 billion economic output in 2020. More than 20% of that, about $788 million is from ranching and farming, with the remainder from food and beverage manufacturing.

Nevada’s livestock industry, which includes cattle and calves and dairy operations, has faced falling prices for years but has also been working to improve efficiency and profits.

In an NDA industry survey, producers said drought conditions, access to feed, and the COVID-19 pandemic have all negatively impacted their industry over the past year, but those aren’t their only concerns. When asked what could improve conditions for their business or the state’s livestock industry, they also said ensuring fair pricing and improving trade, sales and promotion of state agriculture were essential.

Bill Dale represents the Nevada Beef Council, another checkoff funded program that works with producers to educate consumers and promote consumption of Nevada beef. He said Titus’ bill appears to only be targeting boards at the national level. “Therefore, the Nevada Beef Council would not be impacted directly,” Dale said. “It is unknown at this time how those changes at a national level would affect state beef councils.”

Titus said her bill is intended to improve the federal checkoff program, which she said has merit.

“It’s not that I oppose the checkoff programs,” she said. “I think they’re a great idea. But some of these lobbying efforts benefit some, and they’re sometimes to the detriment of the animals involved.”

Once introduced, the bill will head to the House Committee on Agriculture where Rep. Titus said she’ll work with Rep. David Scott (D-GA) who chairs the committee. She said Sen. Booker will lead the effort in the Senate to introduce companion legislation.

USDA opens up to $500 million in emergency rural health...