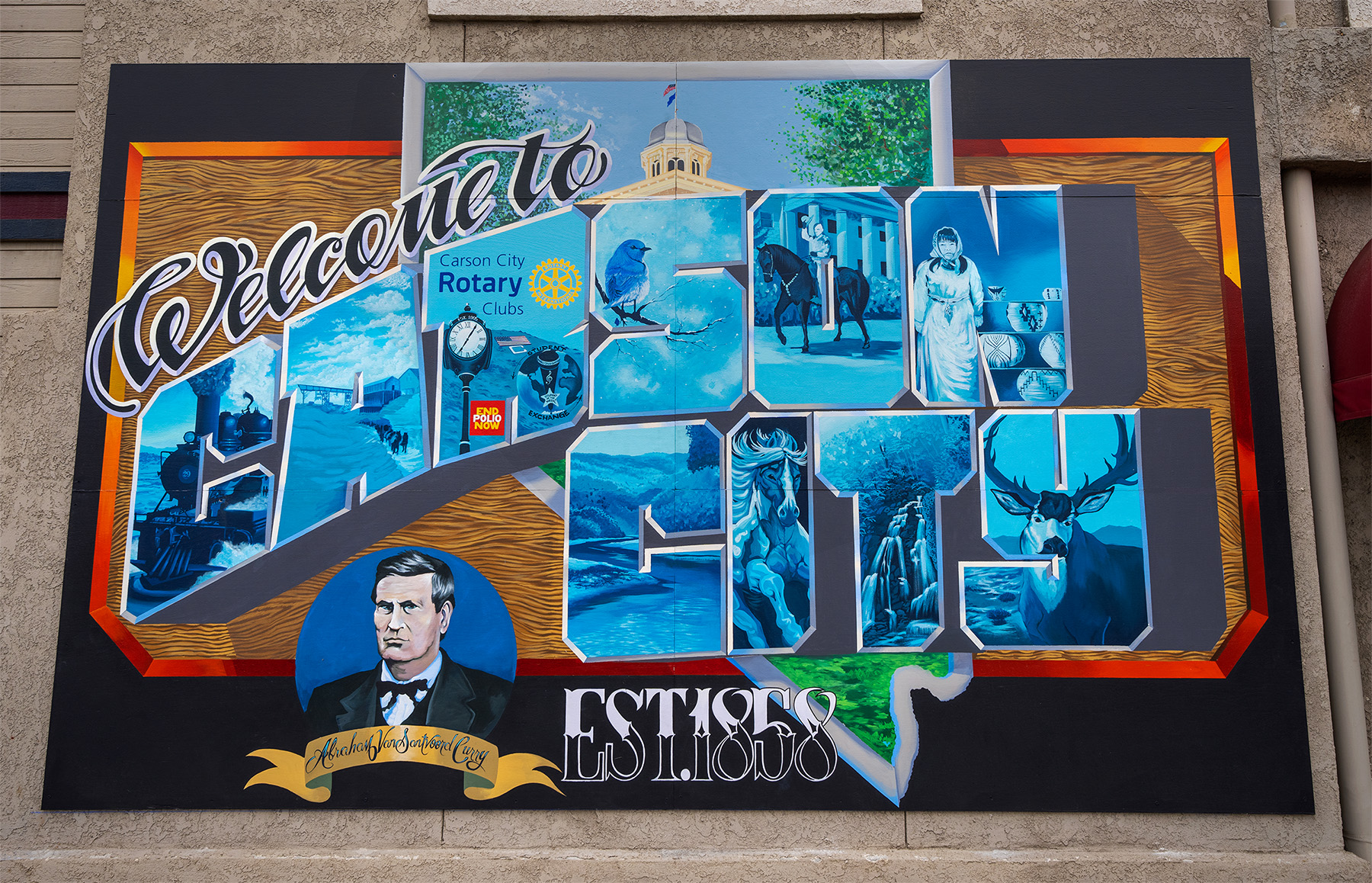 CARSON CITY–Carson City this week unveils a new outdoor mural on the north facing wall of the Carson City Visitors Center, at the corner of Carson and Washington streets. The mural was painted by local muralist Abner Rivera.

Carson City has been adding murals to its public art collection over the past several years, and even included a digitally altered one created by Rivera in a social distancing and masking campaign launched last year.

The new mural will be unveiled Friday. It spans 16 feet across and 10 feet high, is painted on marine-grade wood to withstand environmental exposure and cost $6,000 to complete.

“This mural is one our community will take pride in for generations to come,” David Peterson, executive director of Visit Carson City. “Along with all of our partners in this project, we are thrilled to showcase another piece of public art in the community. The mural pays homage to Carson City’s rich history, while also blending our city’s storied outdoor beauty and local wildlife to visually depict what this region has to offer.”

Rivera was selected to create the artwork through an RFP process that took place in March and April of this year. He worked with community members and leaders to create the design, which includes “Welcome to Carson City” in large words with attributes of the city depicted in each letter. A photo of Abraham Curry, Carson City’s founder, and the founding year of 1858 are also included.

Rivera, who is originally from Long Beach, California, got his start as a graffiti artist before moving into public art murals. In 2012 he was part of a project in South Lake Tahoe to add murals to utility boxes, dumpsters and barren walls to beautify that community. He has several other murals in Carson City.

Carson Sheriff: Law enforcement prepared for protests leading up to...