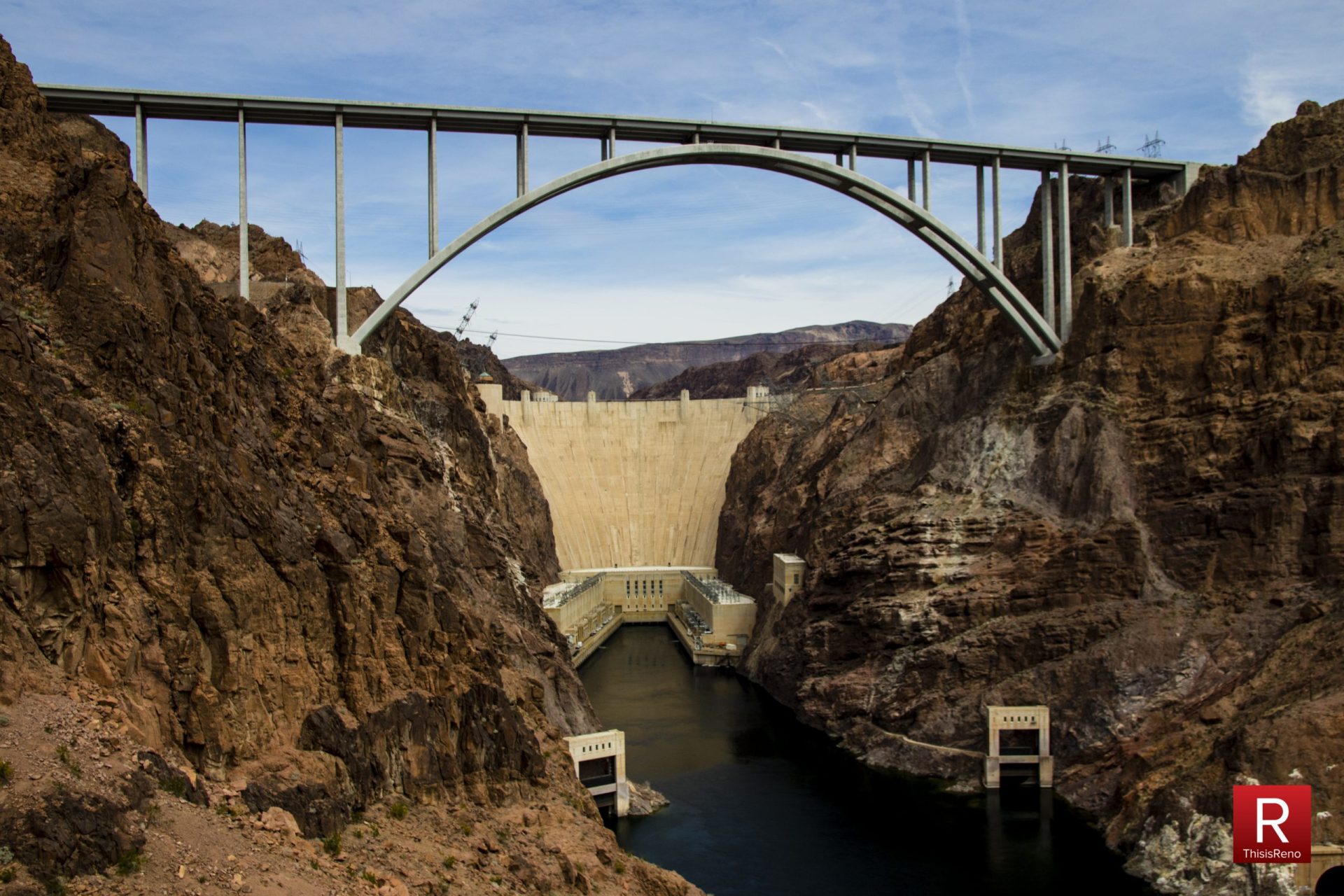 An unlikely coalition of organizations from across the Colorado River Basin gathered at the Hoover Dam Thursday to warn the impacts of severe drought sweeping through the western United States, and noted the  Colorado River will likely face its first-ever federally declared water shortage later this year.

“We’re the type of coalition they say can’t be put together but we’re here to say, ‘damn the status quo. No more business as usual’,” said Kyle Roerink, executive director of the Great Basin Water Network.

The coalition, which includes state lawmakers, the Mayor of Boulder City, and representatives for the Laughlin Chamber of Commerce, spoke out against use of federal dollars from the American Recovery Plan Act of 2021 on “wasteful projects” that diverts water along the Colorado River and its tributaries, like the Lake Powell Pipeline.

The 140-mile pipeline would divert 86,000 acre-feet of Utah’s allocated river water from Lake Powell –  a man-made reservoir in Arizona and Utah – to residential users in southwestern Utah.

Critics of the pipeline argue the project would only strain the overallocated Colorado River. If water levels in Lake Powell or Lake Mead fall further, Colorado River Basin states that share water from the river could be further cut.

Last year, six states, including Nevada, sent a letter to the U.S. Department of the Interior protesting a fast-tracked environmental review of the pipeline in Utah. Advocacy groups across the Colorado River Basin have also asked for a federal investigation of Central Utah Water District and its use of federal funds for the pipeline .

“There is a crisis going on, but that gives us I think an opportunity to kind of rethink where we’ve been, where we’re going and maybe think outside the box,” Clark County Commissioner Tick Segerblom said.

The coalition also called on the federal government to intervene to protect the water rights of Tribes, particularly those who have been left out of state decision-making about new water projects that impact tribal water rights.

JB Hamby, vice president of the Imperial Irrigation District’s board of directors, said urban sprawl across the Southwestern threatens the current and future sustainability of the Colorado River and the communities that depend on it.

Farmers in California’s Imperial Valley depend on the river to grow produce that feeds the west, said Hamby, who’s agricultural district receives the largest water entitlement on the Colorado River.

“We have to recognize there will be less water in the Colorado River Basin in the future,” Hamby said. “The solutions that are  developed must respect agricultural communities that provide all the nation’s vegetables and produce.”

The tourism industry in Nevada also heavily relies on the Colorado River, said Brea Chiodini, who owns and operates Laughlin River Tours. Small town economies like Laughlin rely on tourists who visit the river for recreation.

“Our business, families, and communities are already suffering from the effects of the water restrictions,” Chiodini said. “Our thriving communities will become barren when we no longer have the river to drive tourism.”