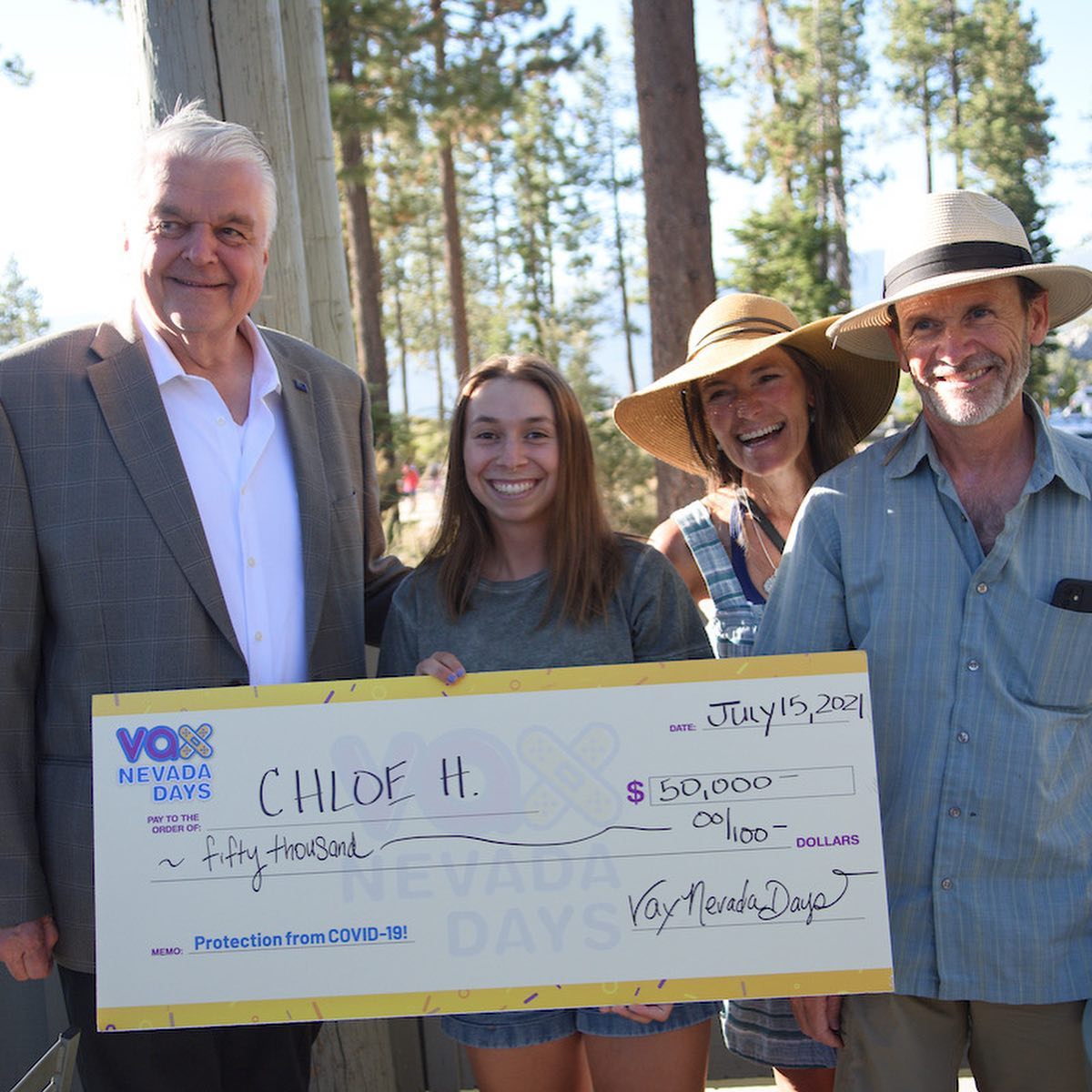 LAKE TAHOE–The second round of winners in Vax Nevada Days, the state’s sweepstakes to incentivize COVID-19 vaccinations, were announced on Thursday via a KOLO-TV livestream from Sand Harbor State Park.

As Sisolak began announcing winners—which he giddily said was like announcing the Oscars—anti-vaccine protesters could be heard using a bullhorn to disrupt the event. Sisolak spoke louder.

“It never stops,” he said, before welcoming Reno teen Jonah H. up to accept his prize, a $20,000 college savings plan. Sisolak reiterated during the awards that the vaccines are safe and effective, and that the giveaway was all about “encouraging Nevadans to seek this lifesaving treatment.”

An Associated Press analysis published in late June found that more than 99% of COVID-19 deaths are now in unvaccinated individuals.

Gov. Steve Sisolak gave a brief update on the state’s COVID-19 vaccination efforts to date, which last week included an increase of 2% of Nevadans getting their first dose of vaccine. He added that state immunization partners have been meeting with FEMA officials throughout the week, and FEMA will begin vaccination operations in southern Nevada over the weekend.

Sand Harbor was chosen as the location for the giveaway to promote Nevada’s State Parks. Nearly 500 annual passes to state parks are included in the list of Vax Nevada Days prizes.

The next giveaway night is Thursday, July 22. For more information on the giveaway visit https://www.vaxnevadadays.org/. To find a vaccine location visit nvcovidfighter.org or call 1-800-401-0946 any day between 7 a.m. to 8 p.m.

Six winners of $5,000 college savings plans to be used for any post-secondary education:

Three winners of $20,000 college savings plans to be used for any post-secondary education:

One winner of a $50,000 college savings plan to be used for any post-secondary education: