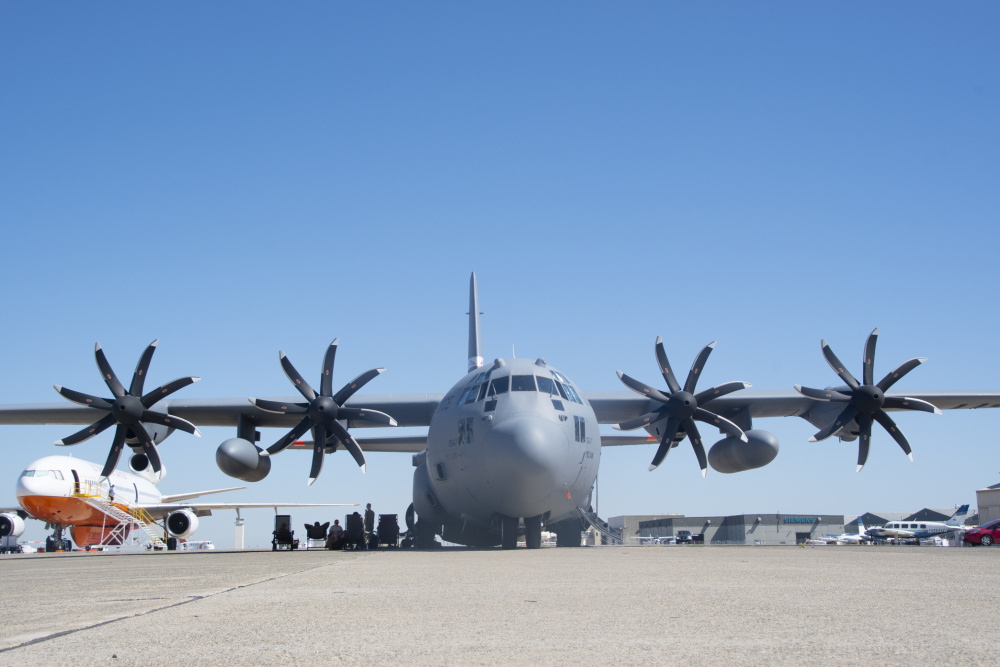 RENO — In another sign of what’s expected to be a long and dangerous wildfire season in the West, this week the Nevada Air National Guard said it is activating aircrew from its 152nd Airlift Wing and a C-130 aircraft to support fire suppression efforts. The activation begins Saturday, June 26, a full month ahead of when the request for support was placed in 2020’s fire season.

The initial request for support continues through July 26, after which it may be renewed.

“This activation highlights the important role the military plays in assisting federal, civilian firefighting efforts, especially with that need coming much earlier this year than past years to combat increased fire activity across the American West,” said Col. Jeremy Ford, 152nd Airlift Wing commander. “The 152nd Airlift Wing embraces this incredibly vital domestic operations mission and our ability to help save life and property threatened by wildland fires.”

The 152nd Airlift Wing’s activation in 2020 was its longest firefighting activation in history, lasting from July 29 through Oct. 3.

The 152nd Airlift Wing, known as the High Rollers, is one of four military C-130 units around the nation equipped with MAFFS for large scale wildland firefighting. MAFFS is shorthand for the USDA Forest Service’s Modular Airborne Fire Fighting System. The equipment is loaded into the cargo compartment of a C-130 aircraft and can drop up to 3,000 gallons of water or fire retardant in six seconds through a nozzle on the rear left side of the plane.

The 152nd Airlift Wing recently became the first “combat coded” guard unit in the nation to upgrade their entire C-130 fleet with the NP-2000 propeller modification. This modification swapped out four-bladed propellers with eight-bladed modular NP-2000 propellers. This increased performance and flying capability of the fleet, adding throttle responsiveness and reliability to each of the C-130s in the 152nd Airlift Wing’s fleet, Ford said.

“This is especially important for the extremely challenging MAFFS mission, while flying in extreme hazards including flying low slow and heavy while dropping water or retardant,” Ford said.

The Reno unit will deploy to CAL FIRE’s McClellan Air Tanker Reload Base in Sacramento, California and join the 146th Airlift Wing out of Channel Islands, California to assist private and federal for firefighting efforts in the region.

The use of military assets in firefighting—limited to those units with MAFFS—has been in place since 1974. The units provide surge capacity, and are only used once private, contracted air tanker resources are exhausted and additional support is necessary.

State and federal fire officials have for months said this year’s wildfire activity is of great concern. This week the National Interagency Firefighting Center reported 50 large fires across 11 states have burned 543,099 acres. New large fires were reported in Alaska, California, Colorado, Idaho and Nevada. More than 9,180 wildland firefighters and 17 Type 1 and Type 2 Incident Management Teams are assigned to incidents, according to NIFC.