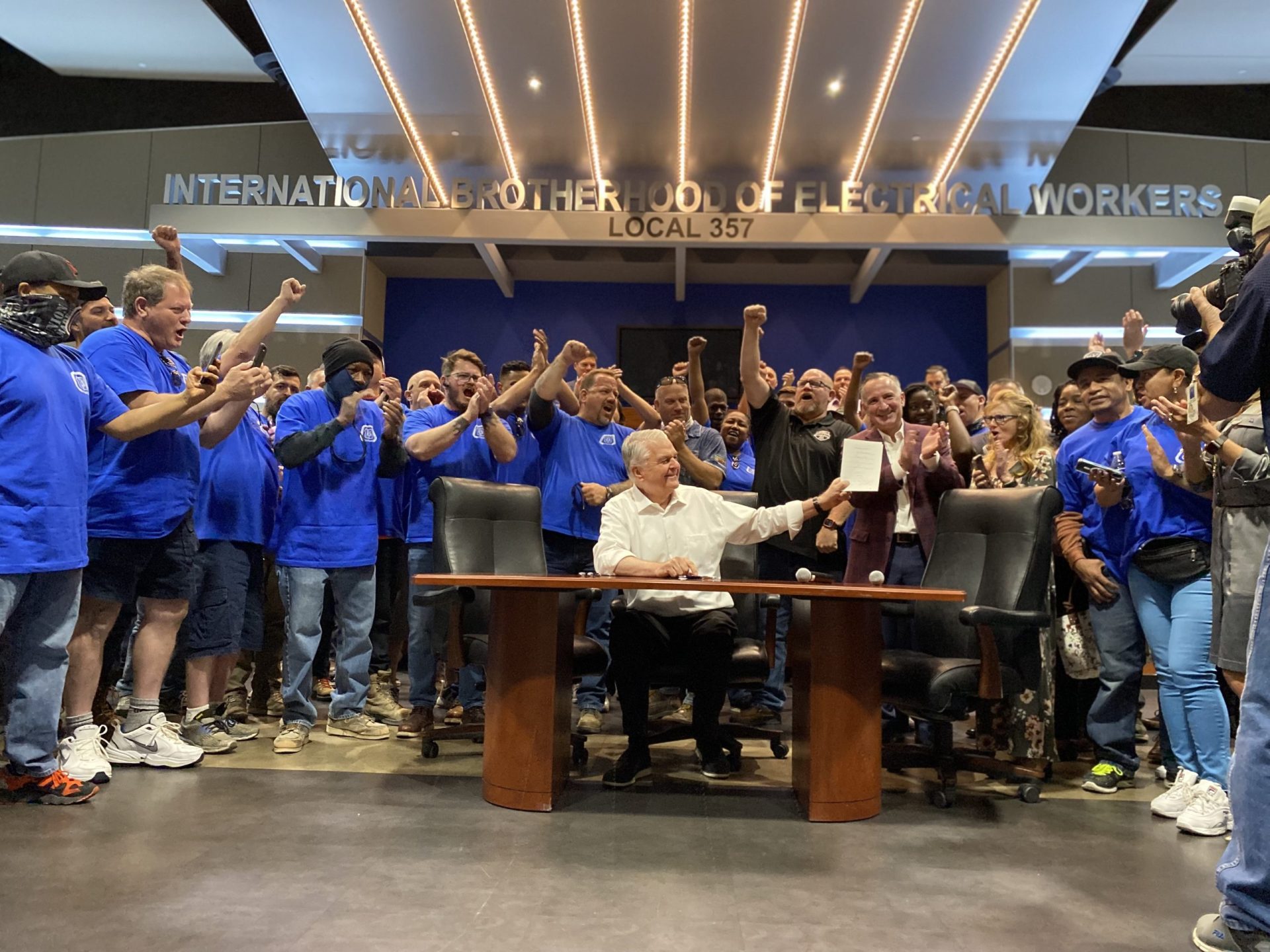 Gov. Steve Sisolak signs SB 448 at the at the IBEW Local 357 Union Hall in Las Vegas on June 10, 2021.
Share
0
FacebookTwitterPinterestLinkedinTumblrRedditWhatsappTelegramEmail

LAS VEGAS–Gov. Steve Sisolak on Thursday signed legislation that keys in on several elements of President Biden’s infrastructure plan—a plan that has yet to find enough support at the federal level. The Governor’s office said the two pieces of legislation together will provide for investment in clean energy and infrastructure while creating thousands of jobs.

Senate Bill 430 provides a kickstart to the State Infrastructure Bank, which is intended to provide loans and financial assistance to support infrastructure projects throughout the state. The governor included in his budget $75 million in seed money to fund the bank.

“This legislation makes changes to help launch our State Infrastructure Bank and will help us fund much-needed updates to our critical infrastructure, like roads and the power grid, with that climate-focused future in mind. This helps create jobs,” said Gov. Sisolak. “I want to thank Treasurer Zach Conine and his team for working with my Office on this legislation.”

Both bills were signed in Las Vegas where the governor was participating in the Clean Energy Jobs & Justice Forum. Additional bills signed during the session included AB 484 to fund upgrades to the Department of Employment, Training & Rehabilitation’s systems.