Dem who masqueraded as Republican seeks to oust Fiore from Council 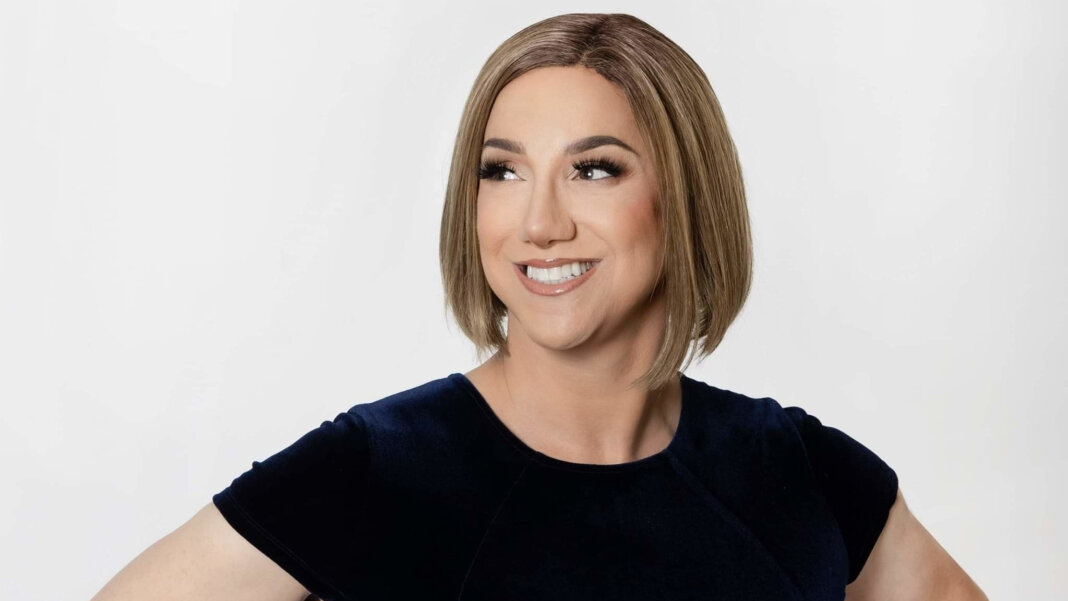 LAS VEGAS–Sarah Ashton-Cirillo, a liberal activist who last year posed as a conservative to infiltrate the state GOP, is switching things up once again.

After planning to challenge Las Vegas City Councilwoman Victoria Seaman in Ward 2, Ashton-Cirillo has announced a move to Ward 6 and a campaign to take on Councilwoman Michele Fiore, who was the target of an unsuccessful pandemic-year recall effort dubbed “Expel Michele.”

Ashton-Cirillo recently revealed that during her time with the Nevada GOP last year she was asked by a consultant hired by the party to help bring the Proud Boys to a pro-Trump rally after the election.

“Having exposed the connection between the Nevada GOP and the Proud Boys, I knew if I want to represent my constituents in every sense, it would not have been a complete cycle without beating Michele Fiore,” Ashton-Cirillo said in an interview with the Current.

Fiore is a loyalist of Nevada Republican Party Chairman Michael McDonald, who led the state effort to overturn the outcome of the 2020 presidential election.

“What we’ve allowed to fester nationwide” in the Republican party, should “not be allowed to take root” under Fiore’s guidance, Ashton-Cirillo said.

On Tuesday, she issued a challenge to debate McDonald over his “questionable financial ties” to a political action committee that funded the Big Lie campaign in Nevada. McDonald did not respond to requests for comment.

Ashton-Cirillo contributed $2,500 to the same PAC while she was masquerading as a Republican, in what she said was an effort to get Nadia Krall elected a District Court judge.

She says the consultancy that set up the state PAC and was its sole beneficiary, McShane LLC, performed work for Krall’s judicial race.

“They pitched us on a digital proposal. I was instructed by McShane LLC to donate all the money from Nadia’s campaign to Take Back the West,” she says. “They said it was a good way to obscure negative advertising so it couldn’t be traced back to the campaign.”

McShane LLC principal Rory McShane and Vice President Woodrow Johnston have not responded to requests for comment, though McShane previously told the Current he was unaware of any effort to get the Proud Boys to the rally.

Ashton-Cirillo says she advised Krall to hold on to her campaign money. Ashton-Cirillo says the $2,500 contribution to Take Back the West PAC covered a digital advertising campaign targeting voters likely to choose female candidates and those representing labor interests.

Can voters trust Ashton-Cirillo, who pretended to be something she’s not — a Republican?

“Ultimately, I have decades-plus of progressive activism and the race I’m running for is nonpartisan,” she says. “Voters care about zoning, parks and recreation and things where they feel left out of the decision making process.”

She says anyone who feels tricked by her portrayal could have checked a trail of social media posts in which she voiced support for President Barack Obama and other Democrats.

“Party label has a lot less to do with my run for city council than my desire to help fellow residents prosper,” she says.

Toward that end she’s proposed Vegas Promise, an economic dividend fund, based on the practice of compensating Alaskans for the Alaska pipeline. Proceeds for a small annual check to each city resident would come from three industries — hospitality, cannabis, and technology. Details are still being developed.

“Classism is rampant in the City of Las Vegas,” Ashton-Cirillo says, adding her vote would help break the three to three voting bloc that ends with Mayor Carolyn Goodman “often voting in favor of corporations and against the will of the people.”

An example — the time Goodman went on CNN, she says, in an effort to reopen the city, and offered to serve up Las Vegans as the “control group” for a study of COVID transmission.

While Ashton-Cirillo is vocal about her gender reassignment, she says it’s not a large part of her political agenda.

“As a transgender female, I won’t allow my gender identity to define who I am in regards to my campaign. It’s just one of the many facets that make up who I am,” she says. “Whether people want to make an issue of me being transgender is up to them.”

Ashton-Cirillo, who established residency in Las Vegas in 2016 to be closer to her teenage son and ex-wife, says she wants to focus on the city’s problems, such as chronic homelessness.

Her solution is to provide housing, and end the “sense of division based on ethnic origin, perceived social status or racial classification. We have implied segregation that must come to an end.”

She intends to champion co-op housing that individuals can buy into, rather than rent.

“We know one of the greatest divisions in the nation has been accrual of wealth through housing. If we could create a program where people could buy into a home,” she says. “Having something that I know is mine — that’s as important as affordable.”

Among Fiore’s most egregious acts on the City Council, according to Ashton-Cirillo, is her effort to renovate a historic hay barn at Floyd Lamb State Park as a venue for events such as weddings.

“No matter what people want to do in order to try to claim progress, certain things should never have been touched and one of those is Floyd Lamb Park,” she says.

“Floyd Lamb himself was a very divisive character and shouldn’t have his name on the park anymore,” she says, referring to the former state lawmaker’s federal conviction for accepting a bribe. “I would like it to go back to Tule Springs.”

Ashton-Cirillo says she’s been besieged with calls from Democrats and Republicans since the Current reported Monday that she’d challenge Fiore.

“I look forward to hearing more about her financial affairs as the campaign goes on,” she said.