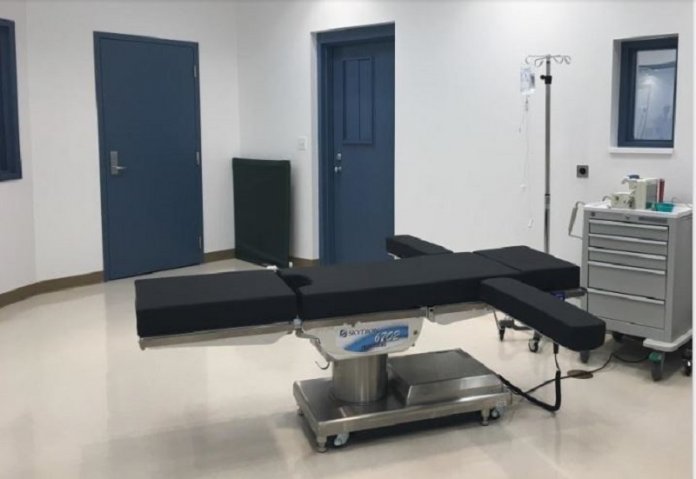 The maker of the drug Ketamine is threatening to sue the state of Nevada if it does not return some 50 vials purchased for use in the scheduled execution next month of Zane Floyd. Floyd went on a shooting rampage in a Las Vegas Albertsons grocery store in 1999, killing four people. His execution is scheduled for July 26.

Ketamine is used primarily for initiating anesthesia. It is also used as a street drug because of its hallucinogenic effects.

In a letter to Attorney General Aaron Ford, attorney Josh Reid on behalf of pharmaceutical manufacturer Hikma, says the state’s planned use of the drug in the execution is “in knowing violation of Hikma’s property and proprietary interests in its products, and these actions will cause significant damage to Hikma’s business reputation and the interests of its investors.”

Reid is demanding the return of the vials within seven days of receipt of the letter, which is dated June 24, 2021.

Reid says in the letter the drug is on Hikma’s restricted list, requiring correctional facilities to attest it “will not be used for capital punishment.”

“This is not Hikma’s first rodeo with NDOC on this issue,” Reid wrote, noting the company sued the state in 2018 to prevent the Department of Corrections from using the drug in carrying out the execution of Scott Dozier.

A trial court issued an injunction at the time, preventing the state from using a three-drug cocktail to execute Dozier, who committed suicide in 2019.

“The State of Nevada is again attempting to use medicine in an unlawful way to effectuate a barbaric form of justice,” ACLU senior staff attorney Jen Shomshor said in a statement. “Horrifically botched executions remain a reality associated with using drugs improperly and in an untested and dangerous manner. NDOC’s illegal procurement of ketamine for the purpose of being the first state in the nation to use it in an execution is a repudiation of both legal and social contracts.”

Ford’s office did not immediately respond to requests for comment.