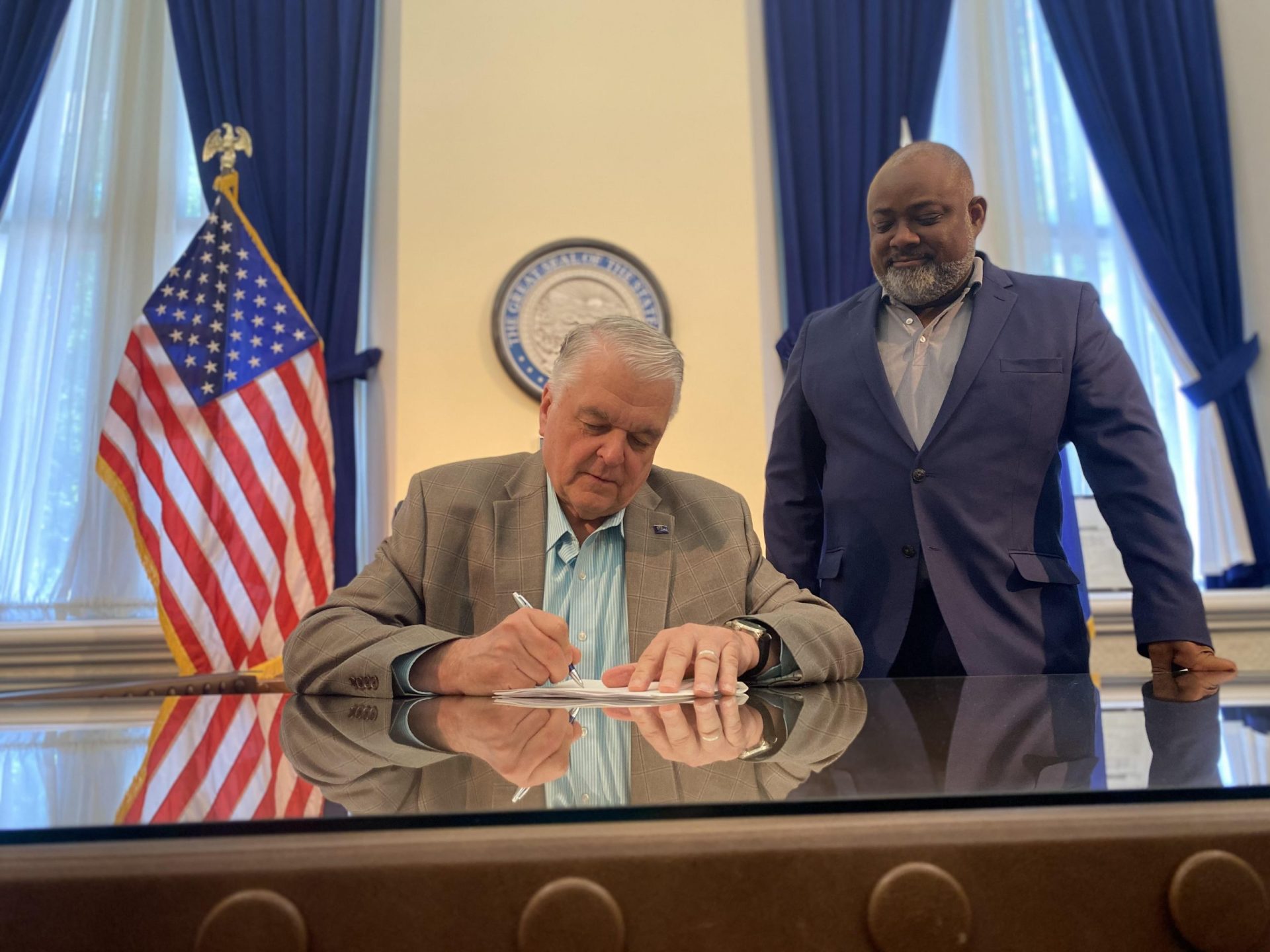 CARSON CITY–Gov. Steve Sisolak signed a mail-in voting bill into law Wednesday, despite a nationwide push by other states to restrict the practice.

Every active registered voter in the state will now be automatically sent a mail-in ballot before a primary or general election unless they choose to opt out. The law makes universal mail-in ballots permanent, a change that the state temporarily implemented amid the COVID-19 pandemic.

During the presidential election the temporary expansion of universal mail-in voting was challenged by the Trump campaign but was upheld in court.

Nevada will be the sixth state to implement permanent automatic mail-in voting. The other five are Colorado, Hawaii, Oregon, Utah, and Washington.

The measure, Assembly Bill 321, was sponsored by a pair of Democrats, Assembly Speaker Jason Frierson and Assemblywoman Teresa Benitez Thompson.

“At a time when State legislatures across the country are attempting to roll back access to the polls, I am so proud that Nevada continues to push forward with proven strategies that make voting more accessible and secure,” Sisolak said in a statement.

“As John Lewis said, voting is the most powerful non-violent tool we have in a democracy, “ said Frierson in a statement. “While other states across the country move to make voting more restrictive, Nevada shines as a leader in protecting this fundamental sacred right.”

Supporters say ‌ the bill will expand access to voters, assertions borne out in the 2020 election which saw record-breaking turnout.

Opponents‌ ‌used the hearing to echo claims of former President Donald Trump, made over several months leading up to the 2020 election and then afterward, that the mail-in voting process is rife with fraud and abuse. Lawsuits challenging Nevada’s mail-in balloting, as well as post-election suits aimed at discrediting the results, were dismissed due to a lack of evidence.

Sisolak also signed 56 other bills into law Wednesday including Assembly Bill 495, the centerpiece legislation of the session which creates a 1.1% tax on gross proceeds of large gold mines.

“This investment will benefit every student, educator and family in Nevada and I am so proud of the collaborative effort undertaken by stakeholders to bring this legislation over the finish line,” Sisolak said in a statement. “With this legislation, we are well on our way toward creating a better Nevada for our educators, students and families.”