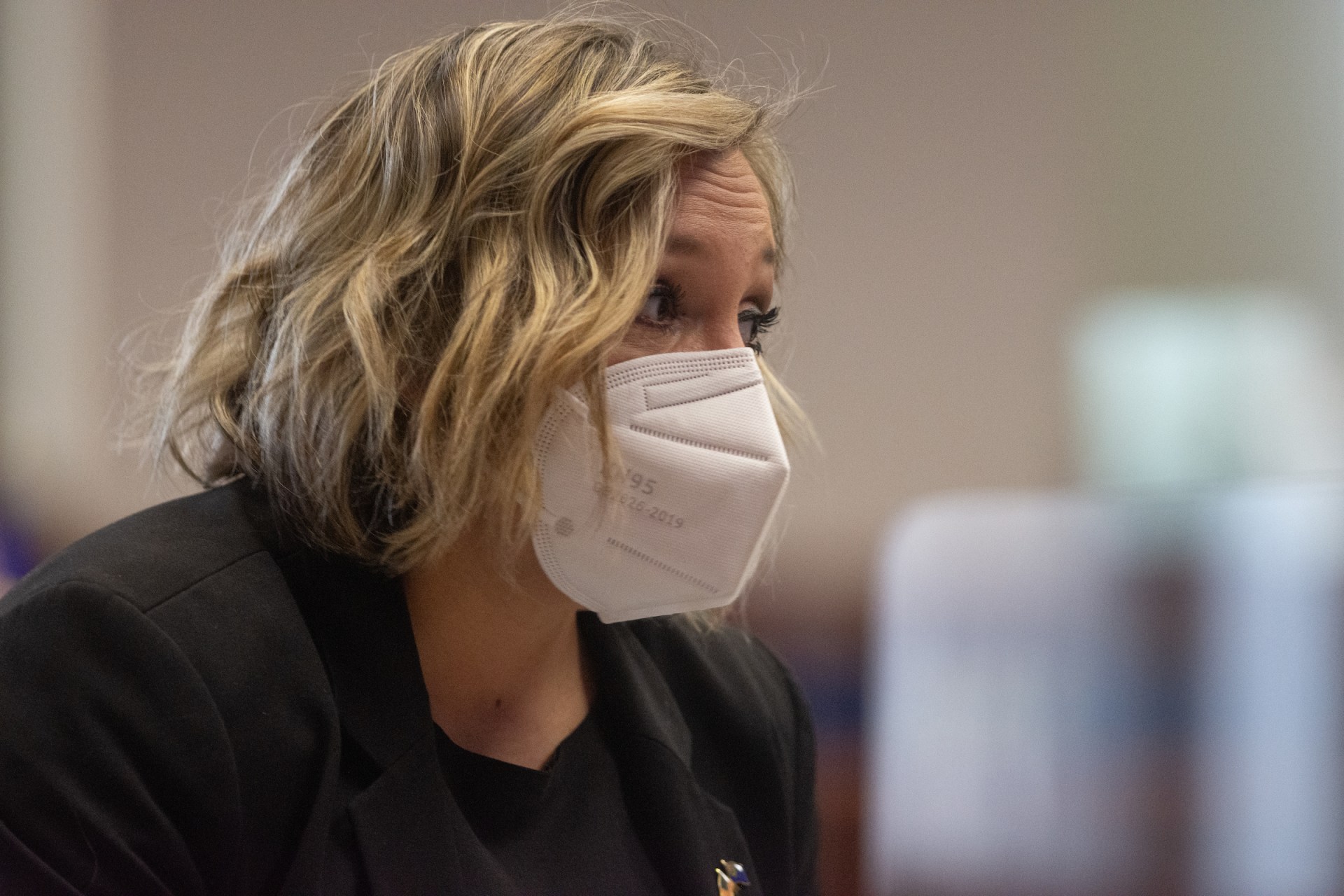 CARSON CITY–Nevada’s Senate and Assembly Judiciary committees in a joint session on Saturday, May 22, approved of a bill that would allow casinos to prohibit firearms on their properties—despite bipartisan opposition that far outweighed support for the bill.

Senate Bill 452, which is now headed to the full Senate, has been called “gun-free zone” legislation by the National Rifle Association’s policy arm and a “stop-and-frisk” bill by the ACLU of Nevada. It would ban both open and concealed carry of firearms at prohibited locations, but it includes exceptions for casino security and law enforcement, residential unit owners and gun shows.

The emergency bill was introduced in the legislature last week by Senate Majority Leader Nicole Cannizzaro and includes portions of a previously introduced gun bill that were scrapped. Assembly Bill 286, known as the “ghost guns bill,” was introduced by Democratic Assemblywoman Sandra Jauregui in March, but that bill was watered down in April to remove portions that would increase penalties for those who bring guns to areas where they’re banned, including properties with a gaming license.

Jauregui survived the October 2017 mass shooting in Las Vegas and has been working to pass gun control legislation since. On Saturday, she presented SB 452 alongside Sen. Cannizzaro and cited a number of gun-related incidents and shootings on the Las Vegas Strip over the past year. She said that such violence negatively impacts the state’s economic driver—tourism—by leaving Las Vegas tourists questioning the safety of the destination.

SB 452 would bring back the scrapped portion of AB 286 to allow businesses with a non-restricted gaming license to post signs banning firearms and enforce the order. Cannizzaro said the bill was aimed at ensuring safety of casino and resort workers along with guests, and likened the bill’s measures to safety measures put in place during the COVID-19 pandemic.

The bill would require that a person carrying a concealed firearm in a prohibited location be given a warning before penalties would be imposed. Someone who is openly carrying a firearm in a prohibited location would not be given a warning—they would face penalties immediately. Those penalties escalate for the first, second and third offenses, from a misdemeanor up to a class E felony, which carries a one to four-year prison sentence and up to a $5,000 fine.

Those in opposition to the bill questioned whether it would actually increase safety.

“This bill will lead to increased interactions between law enforcement and otherwise law-abiding Nevadans and visitors. To ask our community to simply and blindly trust casino security and police to act in an unbiased manner is irresponsible,” Haseebullah said in a statement. “We know from incidents nationally like the police killing of Philando Castile in Minnesota that Black men in particular, who are in possession of a firearm, even when acting calmly, are viewed by police as a threat. Meaningful accountability for police misconduct and violence does not exist. If the Nevada Legislature truly cares about racial justice, legislators must not allow this bill to move forward.”

ACLU Nevada Policy Director Holly Welborn added, “The constitutional and racial justice implications with this kind of stop-and-frisk policy are incredibly concerning. Studies show stop-and-frisk tactics do not deter violent crime, and these kinds of policies result in patterns of racially biased enforcement. Stop-and-frisk tactics will also have a negative effect on relationships between resorts, police, the community and visitors.”

Conservative groups also expressed safety concerns with the bill, though their concerns were much different from their more progressive counterparts. They said the bill was a violation of Second Amendment rights and gun rights outlined in the Nevada Constitution. They cited the right to use guns for security and defense.

In a call to action, the NRA said the bill “prohibits law-abiding citizens from being able to defend themselves” and contains “no requirements for gun-free businesses to provide any security measures to guarantee the safety of disarmed patrons.”

Battle Born Progress, a progressive policy nonprofit that advocates for gun violence protection, submitted a letter of support for the bill, but said it had concerns with some of the bill’s language.

“While we strongly support this bill’s intent and the concept behind it, we agree with others who have voiced concerns that this bill needs some additional strengthening in key areas,” wrote Brian Lee, president of Battle Born Progress’ board of directors.

Lee wrote that he supported efforts to prevent gun violence on the Las Vegas Strip, but he said he saw this bill, in practice, as having a number of issues. In addition to concerns with racial targeting, he expressed concern for the safety of hotel and casino workers who’d have to enforce the law.

“It’s no secret that those on the frontline of those attacks are workers trying to support their families, and are not trained nor equipped to deal with a potential mass shooter, or even a person who turns hostile once questioned about their firearm,” he said.

No date has been set for the bill to be heard by the full Senate.