Home Featured At one Nevada charter school, more than 40% of teachers are substitutes
Featured

At one Nevada charter school, more than 40% of teachers are substitutes 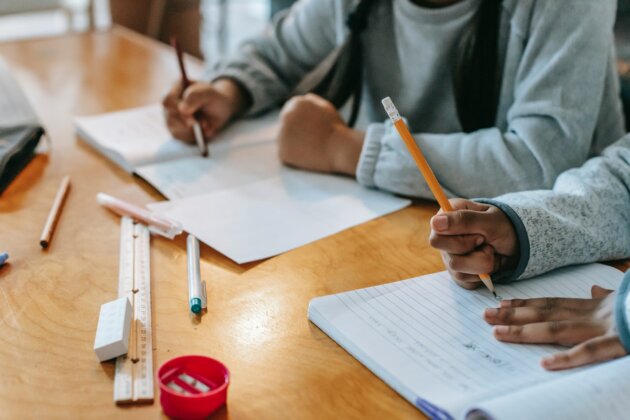 “We have a doctor shortage but we have not opened the floodgates to witch doctors and shamans,” said Brian Rippet, president of the Nevada State Education Association. (Photo by Katerina Holmes from Pexels)
Share
0
FacebookTwitterPinterestLinkedinTumblrRedditWhatsappTelegramEmail

LAS VEGAS–Elementary school students at Mater Academy’s Bonanza campus have a 50-50 chance of having a teacher who is properly licensed as an educator.

For first graders, there is no chance.

That’s because none of the four first grade teachers employed by the school are fully licensed by the state to teach. All four are licensed only as substitute teachers.

Charter school critics believe the heavy reliance on long-term substitute teachers at Mater Bonanza is the rule, not the exception, within charter schools. But there has been scant local data exploring the issue.

The subject of charter school teacher qualifications has recently garnered attention from state legislators in the form of Assembly Bill 109, which would, in theory, require charter schools to hire more licensed teachers. But undermining that ongoing debate is the fact that Nevada charter schools have far more leeway than traditional school districts do when it comes to hiring long-term substitutes.

That leeway highlights how state regulations for charter schools differ from those imposed on traditional public school districts. And it calls into question whether the spirit behind the proposed AB109 is being addressed at all this legislative session.

The Nevada Current cross referenced the staff listing on Mater Bonanza’s website against the Nevada Department of Education’s online database of teacher licenses and a spreadsheet of licensed teacher information provided by Mater upon request. That analysis found that 16 of the 30 teachers heading elementary school classrooms at Mater Bonanza, one of several Nevada charter schools managed by the state branch of the Florida-based for-profit company Academica, hold only a substitute teaching license.

Five of the school’s 13 middle school teachers hold only a sub license.

Altogether, the Current reviewed 54 educator positions at Mater Bonanza; 23 of them were filled by long-term substitutes. These long-term substitutes were largely not in “specials” like art or music, which some people argue are subjects that can be taught without having a formal background in education. They were primary teachers at the elementary school level, or core subject teachers at the middle school level.

Mater Bonanza Principal Amy Gronna did not dispute the Current’s findings. She did not directly address individual questions submitted via email.

But in a response sent via email, Gronna said that of the long-term substitutes three are waiting to take the license exam (known as the praxis), six are “leaving at the end of the year and being replaced by fully licensed teachers,” and “the rest are either finishing other licensing requirements or will be enrolled in an (alternative route to licensure) program where they can obtain an ARL license.”

Gronna said Mater “has been, and is currently, looking to hire fully licensed teachers to fill these positions” but has been unable due to the enormous teacher shortage experienced nationally and in Nevada.

“We have a doctor shortage but we have not opened the floodgates to witch doctors and shamans,” said Brian Rippet, president of the Nevada State Education Association, which has lobbied for stricter oversight of charter schools. “We don’t let them dispense drugs and do surgeries. … We don’t say, sorry, we don’t have a neurosurgeon but we have a shaman here who will do something and your insurance will fully cover it.”

Rippet acknowledges the teacher shortage but argues “re-professionalizing” teaching, paying a living wage and creating better work environments for teachers is the solution. He adds that during his 25 years of teaching he had to fill out reports to the state if he was going to teach outside of his license area.

“But at least I knew how to teach,” said Rippet. “(Charter schools have) people who have graduated from high school and passed a fingerprint test. That’s what our standard for subs is.”

The Nevada State Public Charter School Authority, which oversees the majority of the charter schools operating within the state, does not track the use of long-term substitutes within its schools, according to Executive Director Rebecca Feiden.

In early hearings on AB109, Feiden told lawmakers that only 39 unlicensed teachers were employed by charter schools and that those teachers are primarily in non-core subjects like dance or physical education. But she acknowledged to the Current that the 39-teacher datapoint does not include teachers who have only a substitute teaching license.

Within charter schools, the line between a long-term substitute and a licensed teacher is blurred.

Charter schools have the ability to offer their long-term substitute teachers salaries, health benefits and enrollment in the Public Employees’ Retirement System (PERS). Public school districts do not have that option. Substitute teachers there are paid $110 to $120 per day, even if they are hired by a principal who intends to keep them the entire academic year.

Rippet questions whether long-term substitutes at charter schools will feel any incentive to become fully licensed if they already get the perks of employment. Charter critics see this practice as a way for charter schools to save money on labor.

“They are for profit, not for kids,” adds Rippet.