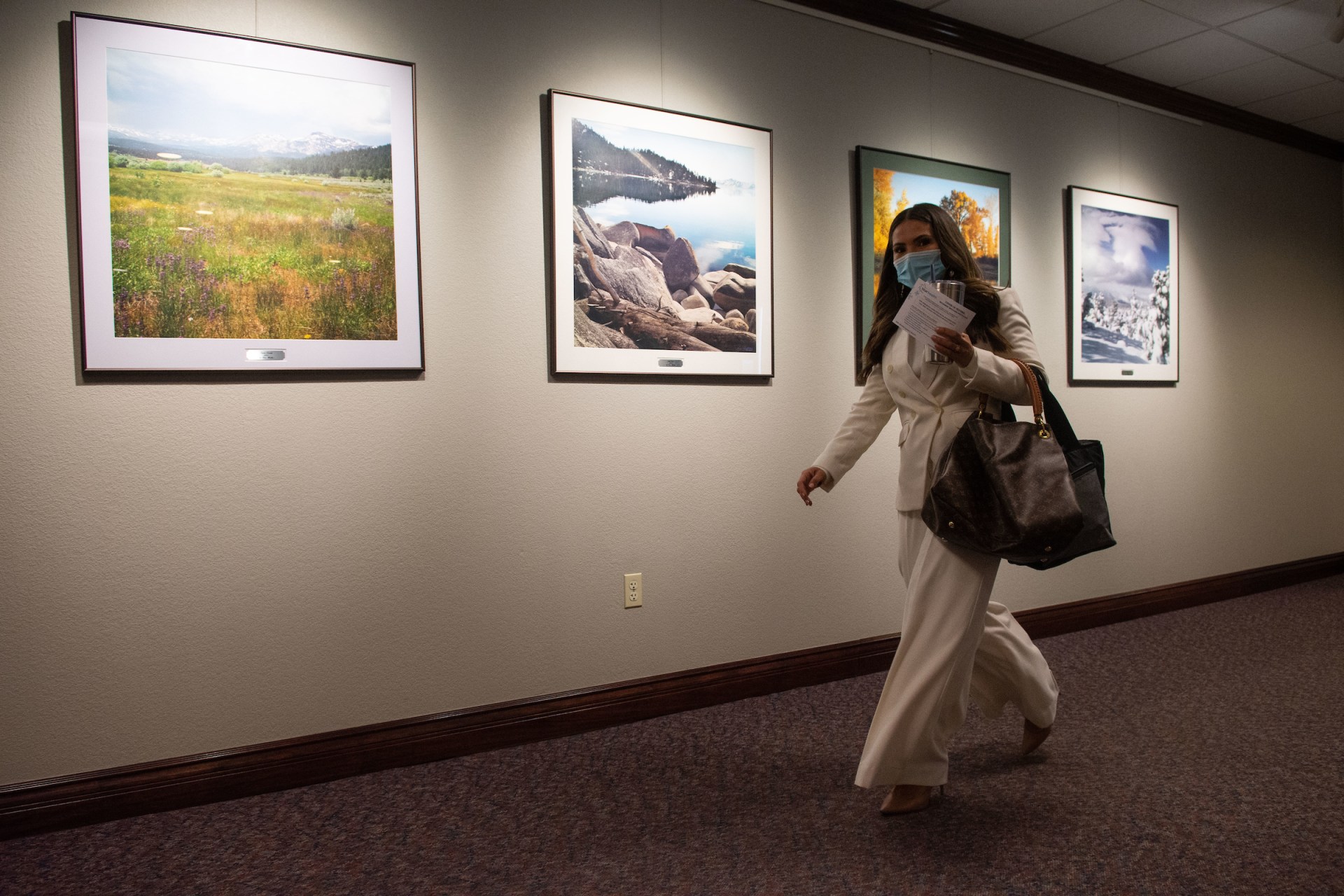 CARSON CITY, Nev. (AP) — Nevada lawmakers on Tuesday amended the signature gun control package that Democrats hoped to pass this legislative session, removing provisions that would have increased penalties for people who bring firearms to certain locations where they’re banned.

She wants to build on gun control legislation passed in 2019 to expand background checks for private firearm sales and transfers by banning homemade guns without serial numbers. In addition to banning these untraceable “ghost guns,” her initial proposal would have made it a criminal trespassing charge to bring firearms onto properties such as the Las Vegas Strip’s largest casinos and resorts.

The “ghost gun” provisions passed through the Assembly on a party-line vote just before a legislative deadline on Tuesday, but sections about criminal penalties were cut from the proposal. Jauregui said she is having discussions about reintroducing the idea.

“It’s no secret what my personal story is and why this is an important issue to me,” said Jauregui, whose husband had to crawl on top of her to shield her from raining bullets.

In Nevada, gun debates often reveal chasms between rural lawmakers and their urban counterparts from growing cities like Las Vegas and Reno. The 2017 mass shooting amplified calls for stronger regulations. The shooter amassed 49 weapons without drawing scrutiny because federal law does not require gun dealers to alert the government about rifle purchases.

Crowds of gun-toting Second Amendment advocates regularly protest at the steps of the Legislature, arguing that the right to bear arms remains important in remote areas where law enforcement response times can be lengthy.

The standard coalition of gun rights groups and rural Republican lawmakers who oppose Jauregui’s proposal unexpectedly found themselves on the same side as criminal justice-focused progressives. Republican lawmakers say they want to protect the rights of concealed-carry permit holders and ensure laws designed to address problems on the Las Vegas Strip don’t hurt responsible gun owners. Groups like ACLU Nevada worry about conflicts escalating after casinos call police and people of color feeling the brunt of enforcement, which could include prison time.

Athar Haseebullah, the group’s director, said he expected it would have been applied disproportionately to Black or brown gun-owners who would more often be targets of misplaced fears and police calls.

“Everyone has come to recognize the dangers of communities of color interacting with law enforcement in an unwanted capacity, particularly when we involve firearms,” he said. “What this would have done was create a direct pipeline to allow for that contact or, at the very least, it would have likely lead to racial profiling.”
Haseebullah said it made sense to consider the idea separately from ghost guns.

“We felt that it was a big win for us to get the conceal-carry provisions out … But in my mind, it wasn’t a win. I still cannot support the bill,” she said, referencing the “ghost gun” provisions.

Gun control advocates argue the state-level ban is more extensive than what might take years for the Biden administration to implement. They are hopeful that criminal trespassing will be reintroduced in some form.
Annette Magnus, Battle Born Progress executive director, said strengthening gun control on the Strip was imperative for workers and visitors, but acknowledged concerns about policing and potentially penalizing gun-owners unaware of where they’re banned.

“Frankly, I don’t think alcohol, gambling and guns is a good mix. Making the Strip have less guns is a good thing. As a responsible gun owner, the onus is on me to know where I can take my gun,” she said. “There are certain places like a grocery store, Starbucks or the Las Vegas Strip, where I just don’t understand — even as a gun owner — why people need to have their guns there.”

It’s already a misdemeanor to bring guns onto properties where they’re banned. The Nevada Resort Association and MGM Resorts — key power brokers in Nevada politics — both support efforts to strengthen the laws.

“It’s essential that businesses have the most effective tools and levels of support to keep our properties safe and enjoyable. This is not only vital to public safety, but to our community’s economic future. We must make clear to people all over the world that Las Vegas is the safest place to be,” said John McManus, the executive vice president of MGM Resorts.