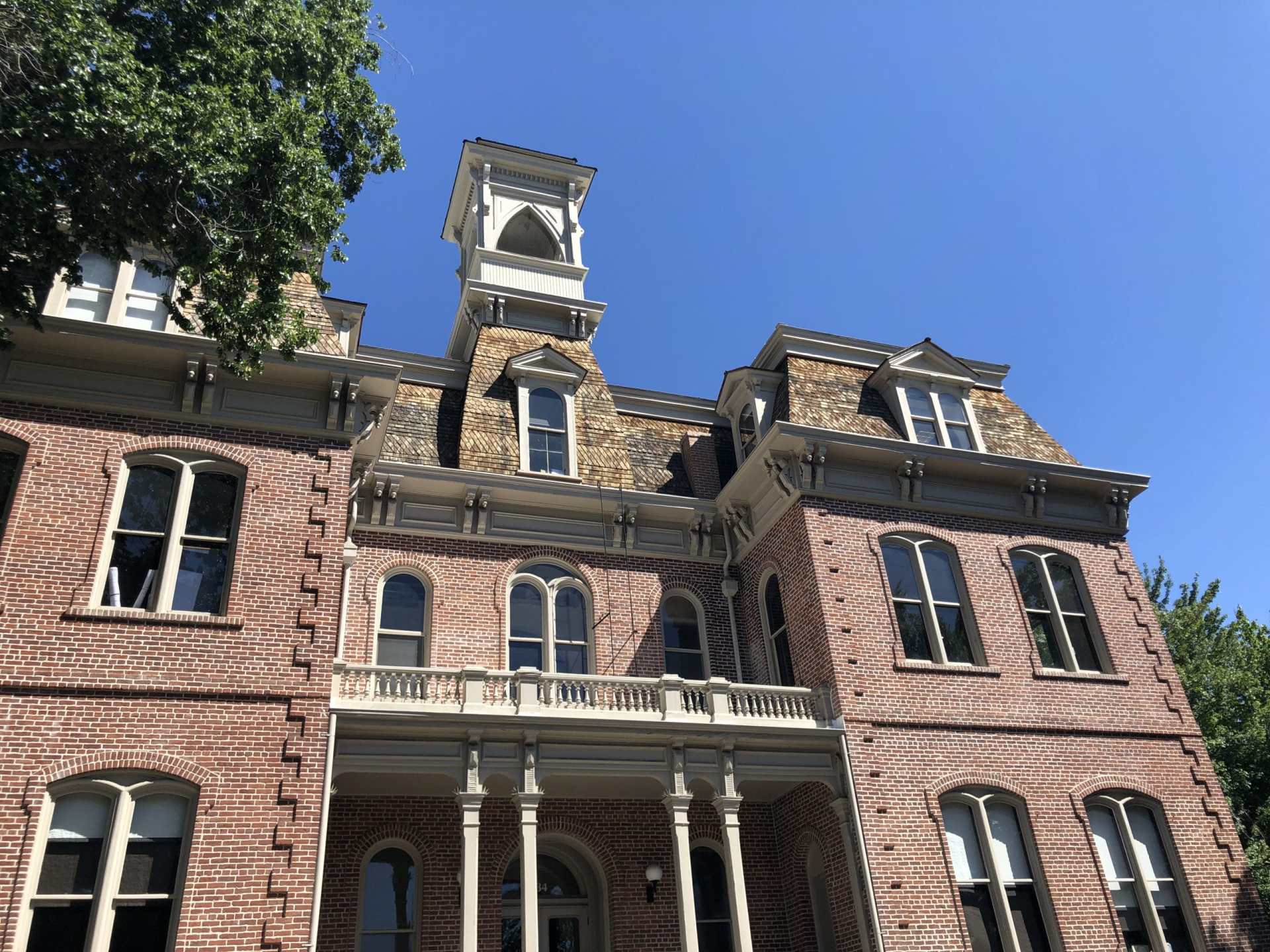 CARSON CITY–The University of Nevada, Reno, has often been regarded as the state’s only land grant institution. It’s a designation established by the Morrill Act of 1862 and later expanded under the Hatch Act of 1887 and Smith-Lever Act of 1914 that confers eligibility for federal funding, often with state matching requirements, to execute a three-fold mission of agricultural teaching, research and cooperative extension programming.

However, that designation has been disputed over the years.

While UNR has been considered by the state legislature as the state’s land grant institution, in 1969 Nevada’s then-attorney general issued an opinion insisting Nevada’s land grant status is actually granted to the university system governed by the Nevada System of Higher Education and its board of regents, not an individual institution.

Now, Senate Bill 287 introduced in the current legislative session is seeking to formally establish both the University of Nevada, Las Vegas, and the Desert Research Institute as land grant institutions. This would be in addition to UNR.

A similar measure—Assembly Bill 407—passed in both houses of the Nevada Legislature in 2017 but was vetoed by then-Gov. Brian Sandoval, who now serves as UNR’s president.

In a statement concerning his veto of AB 407, Sandoval wrote that UNR “has been the only ‘land grant’ university in the state. … It is a system that has worked exceptionally well, and such a dramatic disruption to that system, as proposed by Assembly Bill 407, is not justified, especially in light of the significant risks the bill presents to successful, longstanding university programs and critical federal funding.”

The aforementioned funding has historically gone to UNR to support agricultural programs through the College of Agriculture, the Agricultural Experiment Station and the statewide Extension program. The 2017 Assembly bill, however, would have split federal dollars among the three institutions: DRI, UNR and UNLV.

According to Sandoval’s veto statement on AB 407, it would have left UNR “with only 25-35 percent of the normal annual appropriations it currently receives from the federal government based on Nevada’s rural and farm population size. The three-way split in funding would not be enough to continue to support existing education and research programs at UNR or to recreate these programs at UNLV or DRI.”

SB 287, which was heard in the Senate Committee on Education on Wednesday, was sponsored by Senator Dallas Harris of Clark County.

Thanks to amendments made to the bill, it would no longer prescribe the dividing of federal funds specific to land grant institutions between the three entities. This would likely have resulted in the dismantling of the current Extension program in the state and the standing up of two separate programs in the north and south.

Rather, the bill, discussed in a hearing this week at the Legislature, would require the chancellor of the Nevada System of Higher Education to work in concert with DRI, UNR and UNLV to negotiate a plan to be presented to the Legislative Counsel Bureau and the governor by February 2023 on how to do so.

Support for SB 287 has been robust among people in southern Nevada, including from students and faculty at UNLV, as well as the Las Vegas Chamber of Commerce—many of whom said during their testimonies on the bill that it would help the school maintain its classification as a Carnegie R1 research institution and qualify it for increased federal funding.

However, concerns remain among faculty at UNR and in rural counties which benefit from federal funding designated for land grant programs like 4-H and Extension programs administered across the state through UNR.

The Extension program has more than 200 personnel who, with the help of volunteers, deliver non-degree, educational programs ranging from gardening to radon education. Much of the required matching funds for land grant institution programs come from counties across the state.

SB 287 is opposed by the UNR Faculty Senate, Eureka County and the Nevada Cattlemen’s Association. The Nevada Faculty Alliance is not taking a position on the bill.

It is somewhat unclear whether designation as land grant institutions would make DRI or UNLV eligible for funding for which they currently do not qualify.

However, in explaining the county’s opposition to SB 287, Eureka County Natural Resources Manager Jake Tibbitts pointed to a “Prohibition on Designation” section of the 2018 Agriculture Improvement Act in which Congress included a clarification that “no additional entity may be designated as eligible to receive funds under a covered program” and no “State shall receive an increase in funding under a covered program as a result of the State’s designation of additional entities as eligible to receive such funding.”

UNR’s Dean of the College of Agriculture, Biotechnology & Natural Resources, Bill Payne, agrees with Tibbitts’ assessment of the situation.

“The idea that was brought up over and over again, that this is magically going to bring in more funds, was ludicrous. It was disappointing to see how readily so many people bought into that. There is a federal formula that decides how much capacity funds states get, and that’s based on the number of farms and the number of people living in rural areas,” he said.

Payne said Nevada ranks near the bottom for land-grant-specific federal funding to begin with. Only Rhode Island and Alaska receive less. Nevada, he said, gets only a little more than $2 million per year because the state has only around 4,000 ranchers and farmers.

“To suggest that that money, which is based on a rural population, should be now shared with an urban center goes against the very intent of the federal legislation,” Payne said.

Payne would, however, like to see more experiment station and Extension funds invested in southern Nevada, adding that a center for urban agriculture in Las Vegas is currently in the works and two positions—one research and one teaching—are open for it. But to make a real difference in land-grant-specific programs, he said, the state would need to invest more of its own money.

“The way to go about this—if cooler minds and more informed minds prevail—is the state should make a similar investment in its match to the federal funds. And then the majority of those new funds would be put in the south,” he said.

Payne explained that the state contributes between two and two-and-a-half times the federal funds received, while other states like Idaho, Utah, New Mexico and Kentucky contribute significantly more to the programs associated with their land grant institutions.

“If they want to reinvest, I would be happy to put all of those new investments into Las Vegas and do some really exciting things,” he said. “That’s the way the different universities could work together.”

Payne said federal funds “are peanuts” and that the state’s higher education institutions would be better suited to work together to seek competitive grant funding through the USDA’s Agriculture and Food Research Initiative (AFRI), into which more and more funding is being channeled—adding that DRI has already received such funding.

Institutions need not have land grant status to apply for AFRI grants.

“I guess the biggest fallacy that was being presented at that Senate hearing was that somehow being accorded land grant status, federal funds would flow from the sky magically.… That is so utterly false, and it shows a poor understanding indeed of what constitutes a land grant, the underpinnings of them legally and how they’re financed,” he added.