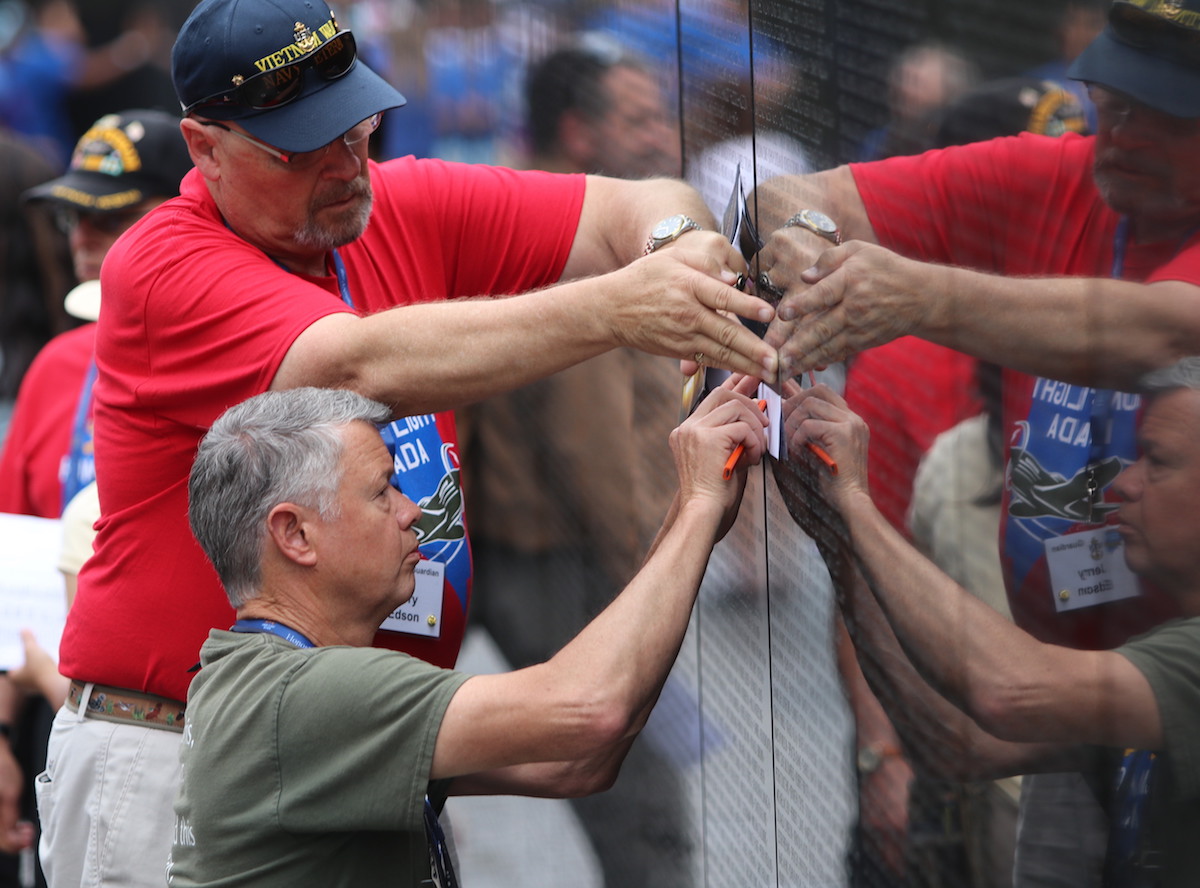 RENO–After they served in Vietnam and returned home, thousands of veterans did not receive the welcoming others before or after them earned.

Over the years since the mid-1970s, however, veterans have slowly acknowledged their service of patrolling in the jungles of Vietnam, providing supporting roles off the coast of the country or serving at military installations in other Southeast Asian countries. Now, decades later, the nation has also recognized the men and women who left their jobs, friends and families to fight in a land 9,000 miles away from the West Coast.

The Vietnam Veterans of America, Sierra Nevada Chapter 989 is hosting National Vietnam War Veterans Day on Sunday, March 28 from 2-3 p.m. at the Hawkins Amphitheater at Bartley Ranch Regional Park in south Reno. Gates to the amphitheater open at 1 p.m. Last year’s event was cancelled because of the coronavirus pandemic.

The public and veterans are invited to attend the National Vietnam War Veterans Day and to visit outreach tables from the U.S. Veterans Affairs, Nevada Department of Veterans Services and other veterans-connected organizations prior to the program. Brigette Stafford, events coordinator, said other organizations attending the afternoon event are the Nevada Veterans Coalition in Fernley, Disabled American Veterans, Purple Heart and the Nevada Veterans Memorial Plaza in Sparks. She said at least 12 organizations are scheduled attend.

Stafford said masks are required and COVID-19 protocols will be observed.  Seating in the amphitheater is limited.

“Only 250 people will be allowed, and this includes the Vietnam veterans,” Stafford said.

According to Stafford, the Devil Pups youth program are assisting with the seating, and the Patriot Guard Riders will carry the wreaths, which are sponsored by Moana Nursery.

Because of his experience in working with the community in both his roles with law enforcement and military, Berry noted the importance of both working together.

The adjutant general will distribute Department of Defense 50th Anniversary Commemorative Pins and his personal letter of thanks to Vietnam Veterans in attendance.

“The general personally wants to shake the veterans’ hands and hand out the pins,” Stafford said.

Malone, a U.S. Marine officer who fought in Vietnam, received a number of military awards, including the Navy Cross, two Purple Heart medals and the Vietnamese Cross of Gallantry.

The Navy Cross was awarded to Malone for his heroism while he was serving as a platoon commander with Company A, First Battalion, Ninth Marines, Third Marine Division in operations against the enemy in South Vietnam on Feb. 22, 1969.

Malone is past president and board member of numerous civic and professional organizations.

LePeilbet has been awarded the Silver Star, the Distinguished Service Cross, the Bronze Star, the Purple Heart, the Air Medal and the Department of the Army Commendation medal. His unit also received the Cross of Gallantry with Palm award, the Presidential Unit Citation with one Oak Leaf Custer, the Vietnamese Cross of Gallantry with Palm and the Civil Action Honor Medal.

From 1955 to April 30, 1975, more than 58,000 military personnel were killed in a war fought by the United States and South Vietnam and their allies against the North Vietnamese Army and Viet Cong (National Liberation Front.) The annual event recognizes more than 8 million men and women who served during the Vietnam era and in Nevada, the 151 servicemen and women who died as a result of the war.