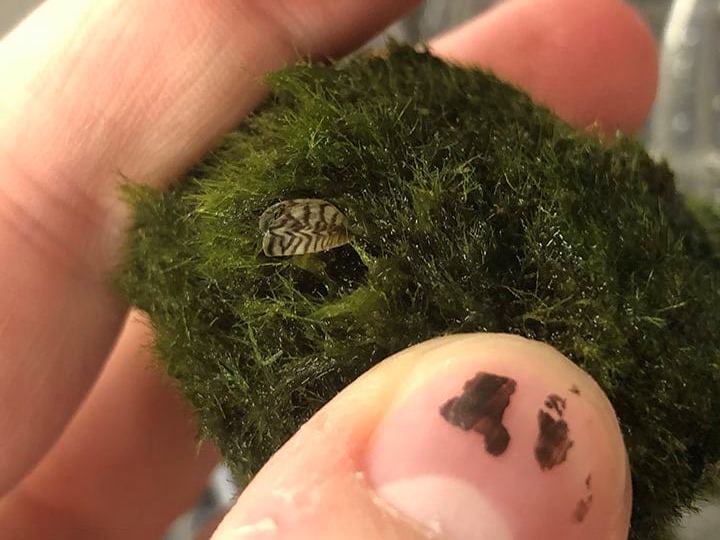 NDOW said it’s investigating reports that zebra mussels have been found in products sold through online retailers and local and national pet stores in various states—including in Nevada. The products contaminated with the invasive species may be labeled as Imagitarium Betta Buddy Marimo Balls, Marimo Moss Ball Plants, or similar names, and are decorative moss plants for home aquariums.

A Seattle pet store employee was the first to report finding the zebra mussels in the Imagitarium Betta Buddy product. The reports were verified by both state and federal wildlife authorities.

Nevada pet stores are being instructed to remove the product from shelves and contact their regional NDOW office for disposal information.

“This is a serious state and national issue,” said NDOW Fisheries Division Administrator Jon Sjöberg. “This situation poses a great risk to our waterways and our wildlife populations. Please adhere to our recommendations and do your part to keep Nevada’s water safe and clean from invasive species.”

Consumers who have purchased these products are urged to destroy them. This can be accomplished by either freezing or boiling the moss plant and throwing it in the trash, followed by a thorough disinfection of the aquarium. People are being advised not to dispose of it by any other method.

The mussels are filter feeders that consume large portions of the microscopic plants and animals that form the base of the food web. The removal of significant amounts of phytoplankton from the water can cause a shift in native species and a disruption of the ecological balance. Zebra mussels often settle in massive colonies that can block water intakes and affect municipal water supplies, agricultural irrigation, and power plant operation.

There is no known safe method of eradication once the mussels have become established in a large water body.

Zebra mussels can remain alive for long periods out of water and can find their way into waterways via sewer systems. NDOW says they can have devastating, irreversible effects on wildlife and aquatic habitats.

Zebra mussels are not currently in Lake Tahoe, but wildlife experts warn that they are a constant threat. According to keeptahoeblue.org, “An infestation of invasive mussels is an immediate threat to Lake Tahoe. The … zebra mussels reproduce and colonize quickly and if introduced to Lake Tahoe would do irreparable damage to its ecosystem.”

The United States Department of Agriculture advises that “Zebra Mussels are transported to new locations by recreational boaters. They may be lurking on your watercraft, trailer, vehicle, and can attach to waders, boats and even fishing line.”

In Texas, the Texas Parks and Wildlife Department found that zebra mussels had been introduced to Lake Waco several years ago. The eradication effort was several years in the making, and reported earlier this year as “a seemingly impossible achievement considering how stubborn the invasive species is in Texas lakes and rivers.”

NDOW officials report they are working closely with other state and federal wildlife authorities to address and monitor the situation. For additional information, contact NDOW’s regional offices below. Learn more about aquatic invasive species prevention here.