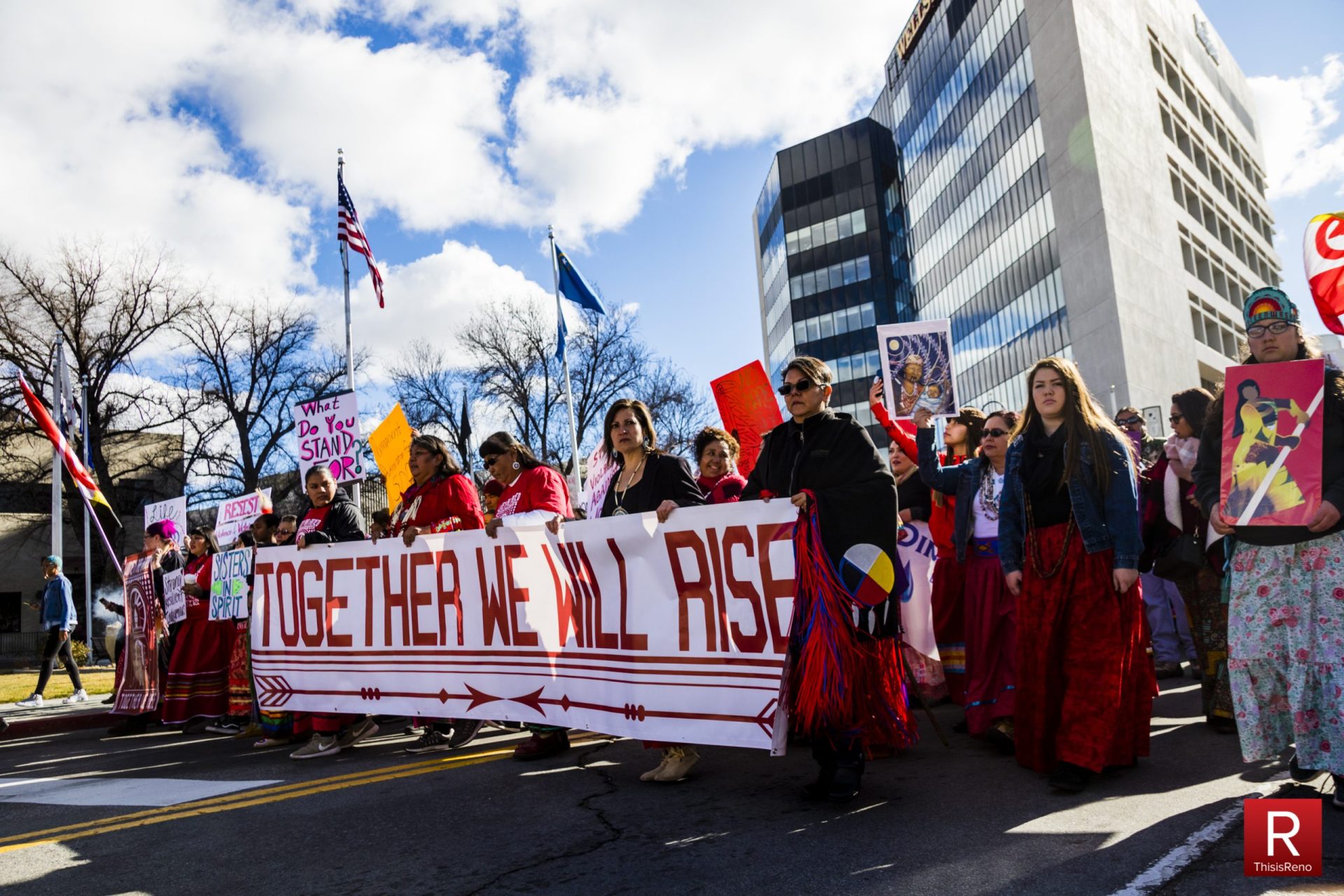 CARSON CITY–After 30 years of advocacy work, Delaine Spilsbury, an Ely Shoshone elder, presented a bill to the Legislature for the first time.

Lack of access to the ballot box and exclusion has historically curtailed Native American participation in the political process in Nevada. But that’s starting to change.

Groups that have formed since the last general legislative session two years ago include the Nevada Statewide Native American Caucus and the Native Voters Alliance, both exerting pressure to bring indigenous issues and voices into the Legislature.

“Over the past couple of sessions but especially this session we’ve seen a lot more policy from a variety of legislators, as well as different state agencies, legislation to correct some of the wrongs done to Native American communities,” said Assemblyman Howard Watts, chair of the Assembly Natural Resources, during a presentation by the Nevada Conservation League Tuesday. “It’s something we’re going to continue to work on during the legislature.”

Melendez and other Native organizers like Spilsbury, who serves as a member of the Great Basin Heritage Area Partnership Board, have been able to participate in the legislative process despite often living in far-flung rural communities, thanks to an increase in access due to a remote legislative model put in place in response to the COVID-19 pandemic.

“This is the first time I’ve gotten involved in the Legislature,” Spilsbury said. “It’s a long haul from the middle of Nevada to Carson City. I never did find a place to stay over there.”

In the past, Spilsbury said, organizing behind Native issues has been difficult. Canvassing among Tribal Nations isn’t like going door to door in Las Vegas or other compact communities, a method favored by political organizations, and roads are often underdeveloped, limiting access.

“We are so far from everyone nobody even bothers with us,” Spilsbury said.

But in Nevada, Indigenous advocates are beginning to organize more effectively than ever, running campaigns around issues and suing jurisdictions that try to curb their political participation.

“There’s a lot of young Native American women that are finally free enough and independent enough that they can actually take on these causes,” Spilsbury said. “More and more young people are learning there’s more to life than a job and rent.”

Taylor Patterson, executive director for the Native Voters Alliance Nevada and enrolled member of the Bishop Paiute Tribe, is part of that new generation of Native American women.

“I very much resisted being in the political space for a long time,” Patterson said. “I always felt like politics and legislation were too overwhelming and the cards were stacked against Native people in general, and I always felt it was going to be a losing situation.”

Watching the protests against the Dakota Access Pipeline in South Dakota garner international attention lit a spark in Patterson, and she was drawn into politics in Nevada by the successful effort to prevent the National Desert Wildlife Refuge from becoming part of a bombing range.

“The idea that this very sacred space was not only going to be taken but also bombed by the United States Air Force beyond repair was wild to me. I could not figure out how that made sense and how that was an acceptable thing to do not only to our people but our land and our wildlife,” Patterson said.

This is the first year the Native Voter Alliance Nevada has been active during a legislative session. The group aims to serve as a bridge between tribal interests and elected officials.

“It’s hard for organizations or legislators to seek out Native people,” Patterson said. “It’s unfortunate that organizations and elected officials aren’t willing to go that extra step to really have a connection with the Indigenous people of Nevada.”

However, she said she believes that across the state and the U.S., Tribal Nations are coming together in unprecedented ways, leading to better organizing and thus more visibility for the Native community.

“It can no longer be said that anything is a one-tribe issue,” Patterson said. “There is a solidarity that I’ve seen grow.”

The group is prioritizing several bills in the Legislature. A top priority is Assembly Bill 262, a measure to waive tuition for students enrolled in the Nevada System of Higher Education who are members of a federally recognized tribe. The bill is scheduled for its committee hearing this week.

“This is something that’s been talked about in our community consistently, but we just thought that we’d never be able to get it and nobody would be interested in doing it,” Patterson said.

Assembly Bill 88, a bill that would ban discriminatory depictions of Native American people and culture in the name, logo or mascot of state schools as well as rename public landmarks with racially offensive names, is also a priority of the alliance.

Spilsbury, an Ely Shoshone elder, is lobbying for a measure that would strengthen protections for an area in White Pine County’s Spring Valley known to the Shoshone people as Bahsahwahbee or “Sacred Water Valley” and the Swamp Cedars to non-natives, which tribes say hold significant spiritual and historical value for Indigenous communities.

Nevada has a history of racism against Indigenous communities, said Spilsbury. She recalls that when she was old enough to go to school she was barred from entering until a family friend who helped tutor her pushed for her to attend.

“That was the only way I got into school at that time. When my dad was with me he didn’t have any effect at all because he was Indian, but when this old white man went in with me I got into school,” Spilsbury said.

“I can’t remember even in my own life when I started thinking ‘hey, I can do that too’ and then doing it, because we were told that we couldn’t. That we weren’t capable,” Spilsbury said.

The history of discrimination only adds to a sense of frustration among Native voters, said Melendez, of the Nevada Statewide Native Caucus.

“It’s hard to convince people that our political system represents them and will embrace them,” Melendez said. “Leaders in the Assembly, Senate, and state don’t ever go into the reservations to communicate with the leadership. We have to go find them.”

This will be the first legislative session the caucus participates in after forming in late 2019. The caucus aims to provide representation in the legislature for indigenous peoples.