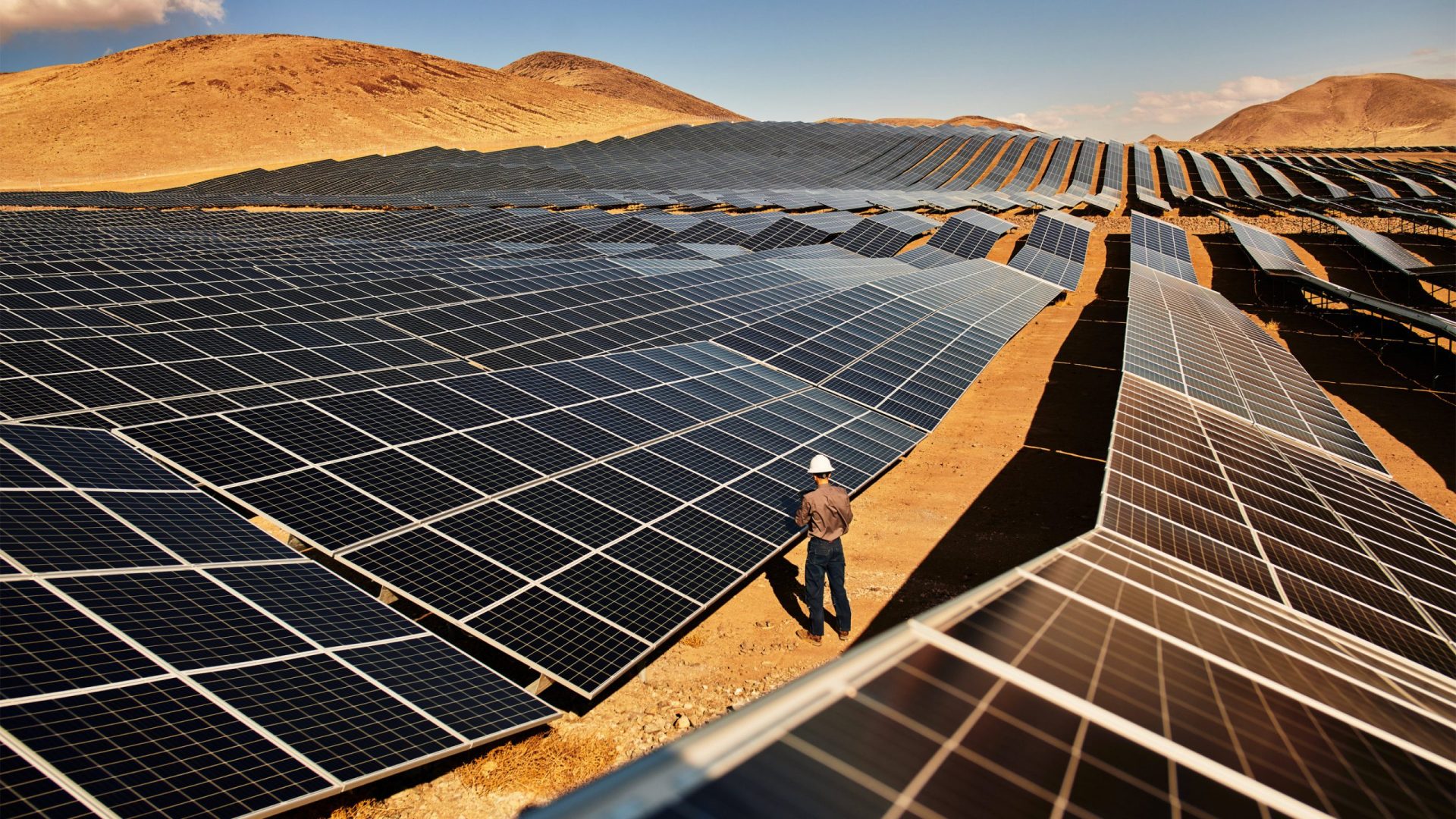 By John Seelmeyer, This Is Reno

The 180-acre Turquoise Solar Project at Reno Technology Park has the capacity to generate 61 megawatts of power — very roughly, the amount that would meet the needs of 11,500 homes. But rather than powering refrigerators and bedroom lights, the Turquoise solar array provides 50 megawatts of renewable power to the nearby Nevada data center operated by Apple.

(Technically, the electricity generated by the solar facility is sold to NV Energy, which sells it to Apple. NV Energy has a 25-year contract to buy the renewable energy.)

Utility experts have estimated that the Apple data center uses about 300 megawatts of power, and the company says the new solar facility is step toward its goal of becoming entirely carbon neutral by 2030.

Even though winter days have been cloudier than usual since the new solar project came on line in December, executives reported a couple of days ago that its power generation has exceeded expectations.

Compared with the challenges of building the solar project, a few extra cloudy days aren’t anything at all.

The challenges were two-fold: First, the site at the edge of a mountain in the Truckee River Canyon is hilly, with slopes of 10% to 30%.

And just underneath the surface, igneous rock is so hard that other solar companies had failed in their attempts to drive piles into the ground to support solar panels.

The solution developed by McCarthy Building Companies, the general contractor, and TerraSmart, a specialist in solar installations, decided to use a “ground screw” developed by TerraSmart that can be screwed directly into the hardest rock.

“It was like working on the moon,” explained Ryan Reid, the CEO of TerraSmart.

The solar farm uses a lot of ground screws to support 156,000 solar panels.

The $60 million solar project took about a year to build once the technical issues were solved.

The project is owned by Greenbacker Renewable Energy Company of New York City, which hired Cypress Creek Renewables of Santa Monica to keep it running.