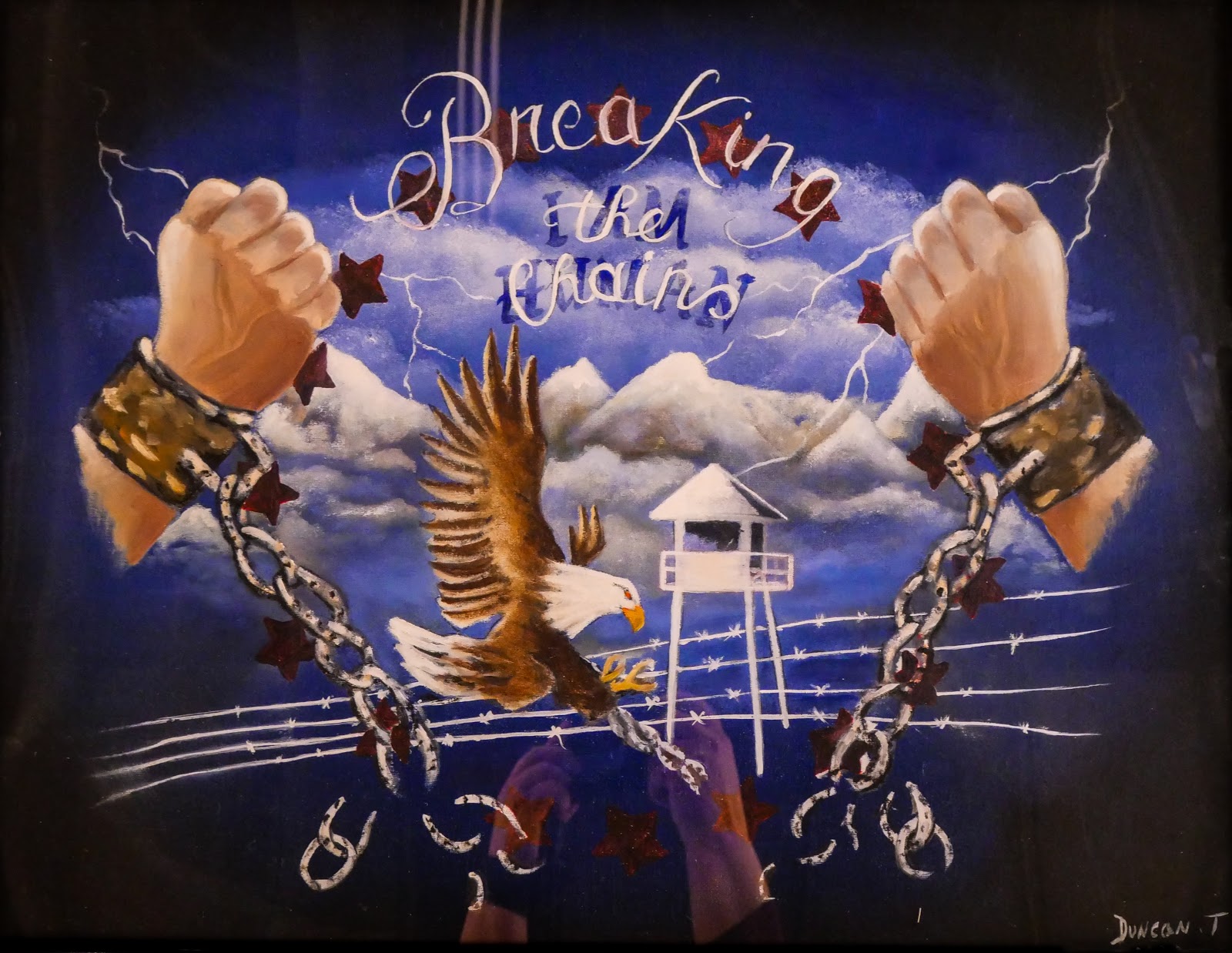 "Breaking the Chains" by Tommy Duncan, an acrylic painting, is one of the artworks in an exhibit and auction at Western Nevada College. Image: provided by WNC
Share
0
FacebookTwitterPinterestLinkedinTumblrRedditWhatsappTelegramEmail

CARSON CITY–A collection of artwork by incarcerated and formerly incarcerated people is now on display at Western Nevada College in Carson City and up for auction as well, with proceeds benefitting the school’s Higher Education Prison Program.

The artworks—more than 60 in all—were donated by Dr. Karen Gedney who served for three decades as a prison doctor in Nevada. During that time, she purchased and collected the pieces which range from self-described scribble sketches to paintings, drawings, yarn arts and more.

“I saw up close the transformative effect of higher education in prison, and the healing that could take place with artistic expression (including drawings and poetry) in my 30-year prison career as a doctor,” says Dr. Gedney. “For example, the scribble art entitled ’The Last Poem/MOTH’ depicts the inmate [Kenneth Meller, known as MOTH on the prison yard] who took me hostage on October, Friday the 13th in 1989.”

That artwork—and 28 others up for auction—is the creation of Ismael “Izzy” Santillanes, who since his release has become a well-known poet and artist.

Signed copies of Dr. Gedney’s book, 30 Years Behind Bars: Trials of a Prison Doctor, are also available for purchase during the auction. In the book, Gedney describes a career where she witnessed the life, sorrows and possibilities for hope of and redemption in prisons.

The exhibit continues through April 30, but bidding closes April 29 at 5 p.m. Five percent of the net proceeds from the auction will be used to purchase art supplies for the Warms Springs and Northern Nevada correctional centers in honor of those who donated work. The remainder will go to WNC’s Higher Education Prison Program.

A catalogue of artworks and the online bidding site is available here. The art can be viewed in person at Western Nevada College’s Carson City campus in the Bristle Cone Building at 2201 W. College Parkway.