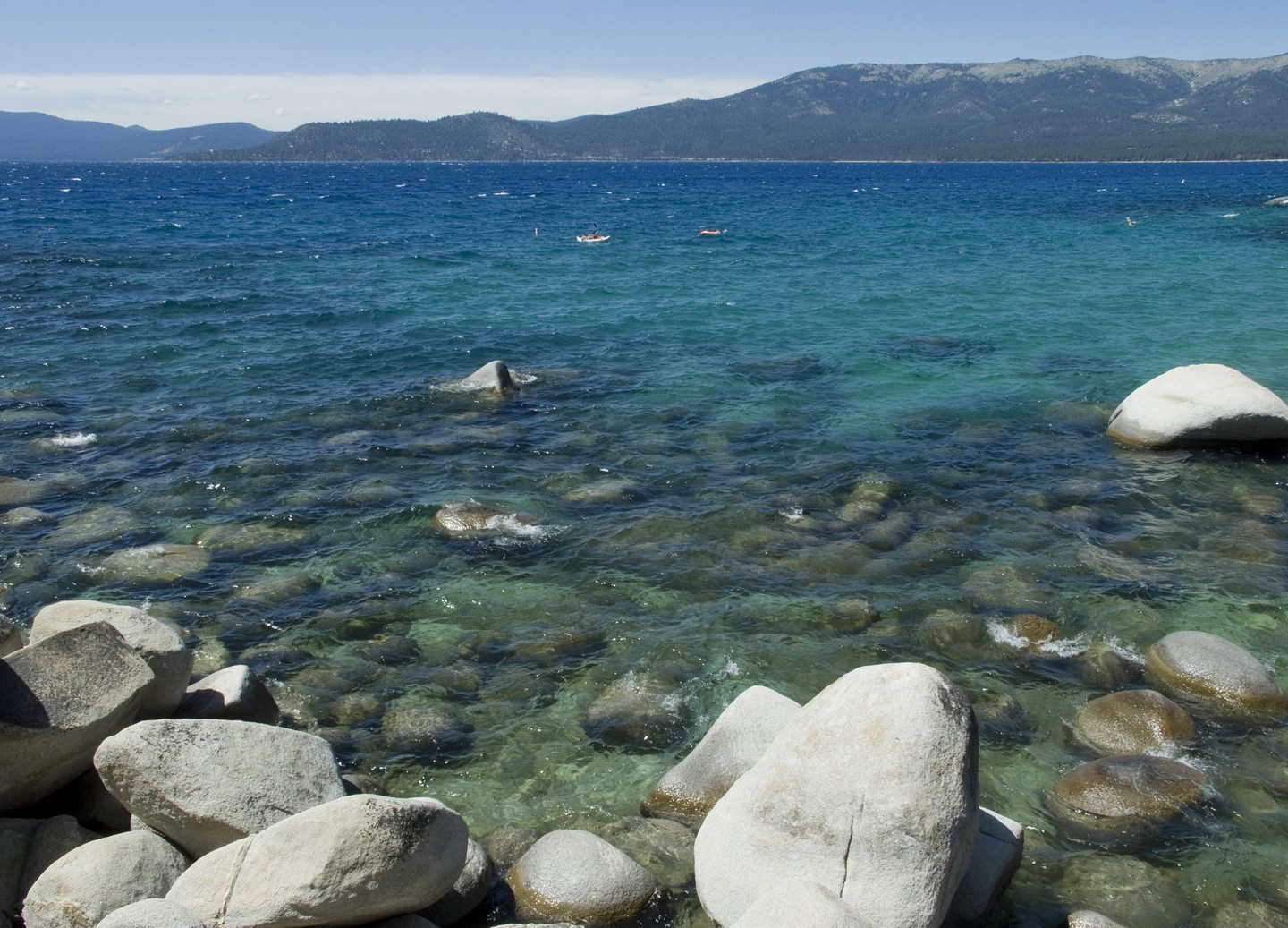 This story was originally published by Nevada Current

INCLINE VILLAGE–“Looking for short term rental property up to $10 million,” Trent Jones, a Lake Tahoe real estate agent, wrote in an email to colleagues. “Buyer would like detailed financial history with expense reports if possible.”

Once the purview of homeowners trying to make a few bucks off a spare room, short-term rentals have become an industry, albeit a largely unregulated one.

“There’s a pattern,” says Incline Village resident Pamela Tsigdinos, who says her home is surrounded by three short-term rentals. “Investors find certain parts of the United States that are appealing and start turning them into hotels.”

The average sales price of a single-family home in Incline Village increased 186 percent in the last year to $1.39 million, according to Redfin.

Like Las Vegas and Reno, Lake Tahoe is a tourist destination, dotted with hotels and restaurants catering to out-of-towners. Vacation rentals are nothing new.

In 2004 the Tahoe Regional Planning Agency (TRPA) defined ”vacation rentals” as a “residential use” and entered an agreement with surrounding counties and cities to regulate them.

“So STRs continue to this day to be an illegal use of property in Washoe County,” she says.

Washoe County disagrees, and stated so in 2019 when it directed staff to clear up conflicting provisions in the code.

“On February 26, 2019, the Board determined that by adopting changes… in 2007 to allow transient lodging and associated room tax, the use is allowed within Washoe County (although it is not yet defined within Chapter 110),” says a 2019 report.

Not only does the code not define or mention short-term rentals, it exempts from the transient lodging tax any home occupied by the owner — the very arrangement that gave birth to the room-sharing phenomenon.

In the City of Las Vegas, only homes occupied by the owner are permitted to take on short-term renters.

Washoe County intends to introduce an ordinance later this month aimed at regulating short-term rentals. The Incline Village Community Advisory Board voted Monday to recommend the ordinance not be approved.

Washoe’s report estimates the number of STRs in the county “between roughly 500 and 1000 distinct units active at any given time, varying greatly with time of year.”

“The majority of STRs are located in Incline Village/Crystal Bay, and over 90% are estimated to be whole-home rentals,” it says.

“At the high-end, this represents approximately 12.5% of housing stock in Incline Village/Crystal Bay. This is on par with other Tahoe-area jurisdictions…” the report says.

“In 2019, the Washoe County host community earned a combined $9.3 million in supplemental income, while welcoming over 46,000 guests to the county,” says Airbnb.

For the fiscal year ending June 2020, the Reno Sparks Convention and Visitors Authority, which collects and distributes room tax in Washoe County, reported short-term rentals generated $23.5 million in revenue, and were taxed between 13% and 13.5%, depending on the jurisdiction.

“Not a penny has shown up in Incline Village,” says Tsigdinos.  “Washoe County has complete authority over how that money gets collected and how it gets put to use.”

But without a licensing scheme, Washoe County lacks revenue for enforcement. Room tax revenue can be used only for legislatively approved purposes.

Residents of toney Incline Village, home of the priciest residential properties in Nevada, say they’re fed up with local governments reaping the tax benefits derived from STRs while doing nothing to preserve the value of their investments.

“There is no cap on the number of rentals in the ordinance. There can be a way around a complete ban,” says Tsigdinos, adding a prohibition would be too difficult to enforce.

Some residents support the ordinance. Tahoe, they say, is a tourist town.

“This notion that Lake Tahoe was always meant to be a playground is a fallacy. The challenge for us who are nervous about the fact the county has not done a good job is there’s this industrialization of short term rentals,” Tsigdinos says.

“It is true that the original plans of the Crystal Bay Development Company quickly evolved into a concept for a ‘mini-Las Vegas’ on the shores of Lake Tahoe,” says resident Richard Miner, who opposes the ordinance as written. “But all this came quickly crashing to an end early on with the formation of the Tahoe Regional Planning Agency.”

“As we and other Tahoe communities are seeing, the whole preservation of the Lake Tahoe basin is now at stake. And the question is what are the stewards of this national treasure going to do about it?” Miner asks.

Washoe County was unable to respond immediately to questions and directed the Current to its staff report.

Tsigdinos says Airbnb “clearly has had their hands all over this ordinance,” referring to correspondence unearthed via records requests from the government, in which Airbnb protested a provision requiring a 30-minute complaint response time. Washoe County held firm on the response time, despite the company’s protest.

In 2016, RSCVA entered into an agreement with Airbnb to collect room taxes from its hosts and turn them over to the agency.  RSCVA, which says its committed to transparency, agreed to a provision that allows Airbnb to keep the locations of STRs and the names of their owners confidential.

“The reason we entered this agreement was to collect the maximum amount of room tax,” says Ben McDonald, Director of Communications for the RSCVA.

“When you look at the statistics and the (booking) calendars, tax collection is sometimes 20% to 30% less than it should be,” she says. “As the lodging entity, I’m ultimately responsible. If I were audited, I wouldn’t know if they paid it or not.”