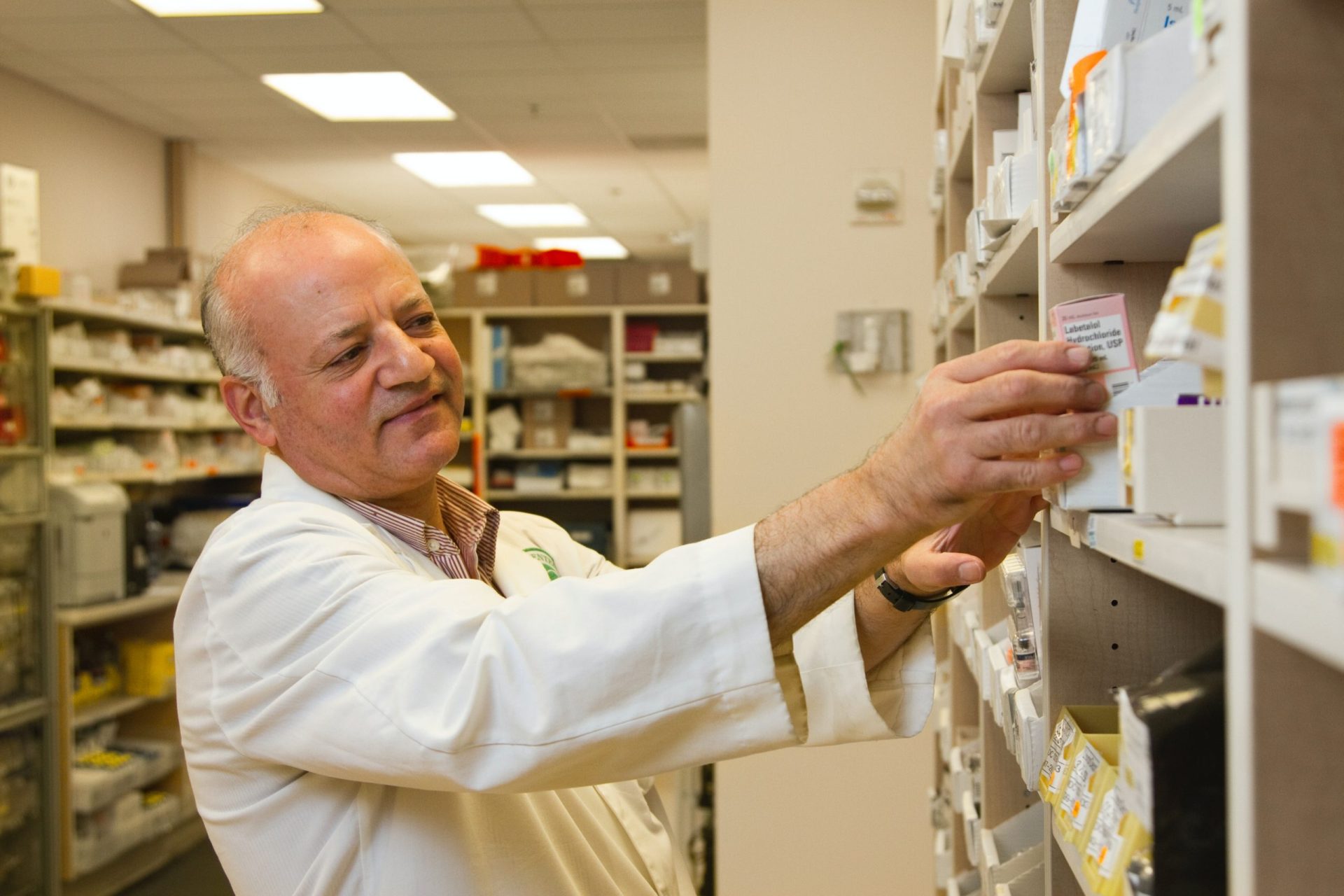 A pharmacist is selecting a drug from a pharmacy display case. Photo by National Cancer Institute on Unsplash
Share
0
FacebookTwitterPinterestLinkedinTumblrRedditWhatsappTelegramEmail

‘Leaning on pharmacies’ isn’t going to cut it, researcher says

Nevada, like other states, has followed a federal plan that relies heavily on large pharmacy chains Walgreens and Smith’s Pharmacy for the distribution of the vaccine. In Clark County only sites operated by the Southern Nevada Health District have administered more doses of the vaccines than the retail pharmacies.

Researchers, however, warn a heavy reliance on pharmacies for vaccinations could leave low-income communities and people of color behind.

In a report published in JAMA Internal Medicine, researchers found that from 2009 to 2015, one in four pharmacies located in urban, low-income neighborhoods shut down. Pharmacies with more uninsured or publicly insured residents with Medicare or Medicaid were two times more likely to close than other pharmacies.

Pharmacies get lower reimbursement rates for filling Medicaid and Medicare prescriptions, often contributing to the closure of stores in poorer neighborhoods, said Dima Qato, senior author of the study and associate professor of pharmacy at the University of Southern California.

Pharmacy closures contribute to the growth of “pharmacy deserts,” an area defined by limited access to pharmacies.

In Nevada, troubling patterns of inequality among those vaccinated have become clear in the states’ most populous counties.

In Clark County, only about 11% of vaccine recipients so far were Hispanic, despite making up about 32% of the county’s population. Black residents comprise close to 13% of the population but have only received about 5% of available vaccines, according to vaccination data published weekly by the Southern Nevada Health District.

White and Asian people have received a share of vaccines comparable to their share of the county population.

County data also shows that ZIP codes with the highest rates of COVID-19 have the lowest frequency of vaccinations.

The Nevada State Immunization Program and the Board of Pharmacy have coordinated with Walgreens, Smith’s Pharmacy, and Walmart to inoculate Nevadan seniors 65 and older.

However, state data on vaccine frequency by residential ZIP code reveals inequity among some ZIP codes with fewer pharmacies.

The ZIP code with the highest frequency of vaccinations in Clark County 89052, which includes the affluent Seven Hills community, has four pharmacies receiving doses to vaccinate Nevada’s seniors.

Many other neighborhoods still are one mile or more from the nearest pharmacy administering vaccines, making it difficult for low-income residents without cars or the elderly to get vaccinated.

In Nevada, some vaccines are being administered through grocery stores Smith’s and Walmart, however, the abundance of food deserts in Southern Nevada’s low-income communities contributes to inequity in vaccine sites.

Immunize Nevada, a partner of the Nevada Minority Health & Equity Coalition, has looked at ZIP code level data over the years and found that there are ZIP codes where residents, especially children, don’t have access to providers for immunizations.

“We’ve known based on immunization data that we absolutely have vaccine disparities and inequities in Nevada, but a look at vaccine distribution so far brings it to a more urgent level,” said Heidi Parker, executive director of the non-profit organization Immunize Nevada.

Immunize Nevada and the Nevada Minority Health and Equity Coalition have formed the Nevada Vaccine Equity Collaborative to seek input from community members on barriers to access.

“We need to ensure that we are looking at that data for this and if there is not a pharmacy or other providers who are providing vaccines in that area we absolutely want to make sure that’s on the radar,” Parker said.

The problem with ‘leaning on pharmacies’

Not all ZIP codes with low vaccine rates in Nevada are lacking in pharmacies, but states should continue to monitor vaccine distribution in communities that lack pharmacies, said Tori Marsh, director of research at GoodRx, a health care data and digital products firm.

“Leaning on pharmacies is not going to be sufficient in terms of equally vaccinating everyone across the country because there are discrepancies in where these pharmacies are located,” Marsh said.

Vaccine deserts threaten to prolong COVID-19 vaccine rollout and widen disparities, according to new research from GoodRx. Nevada’s two most populous counties, Clark and Washoe, are on the low end of available pharmacies compared to counties with similar populations, according to study, which is based on analysis of data from the Centers for Disease Control, the National Council for Prescription Drugs and the Census Bureau’s American Community Survey.

“If we’re going to rely on pharmacies that are unevenly distributed what are some of these areas that would benefit from additional sites and some additional support like mobile clinics and mass vaccination clinics,” Marsh said.

Nevada had a rough start to vaccine distribution, consistently ranking among the worst states at distributing and administering doses per capita, but has significantly improved.

As vaccines become more widely available in the coming months, Walgreens, a federal partner in vaccine distribution in Nevada, has pledged to go into more than 100 communities across the country with COVID vaccine clinics in response to inequity as part of their COVID vaccine equity initiative, said Kris Lathan, a spokeswoman for Walgreens, in an email.