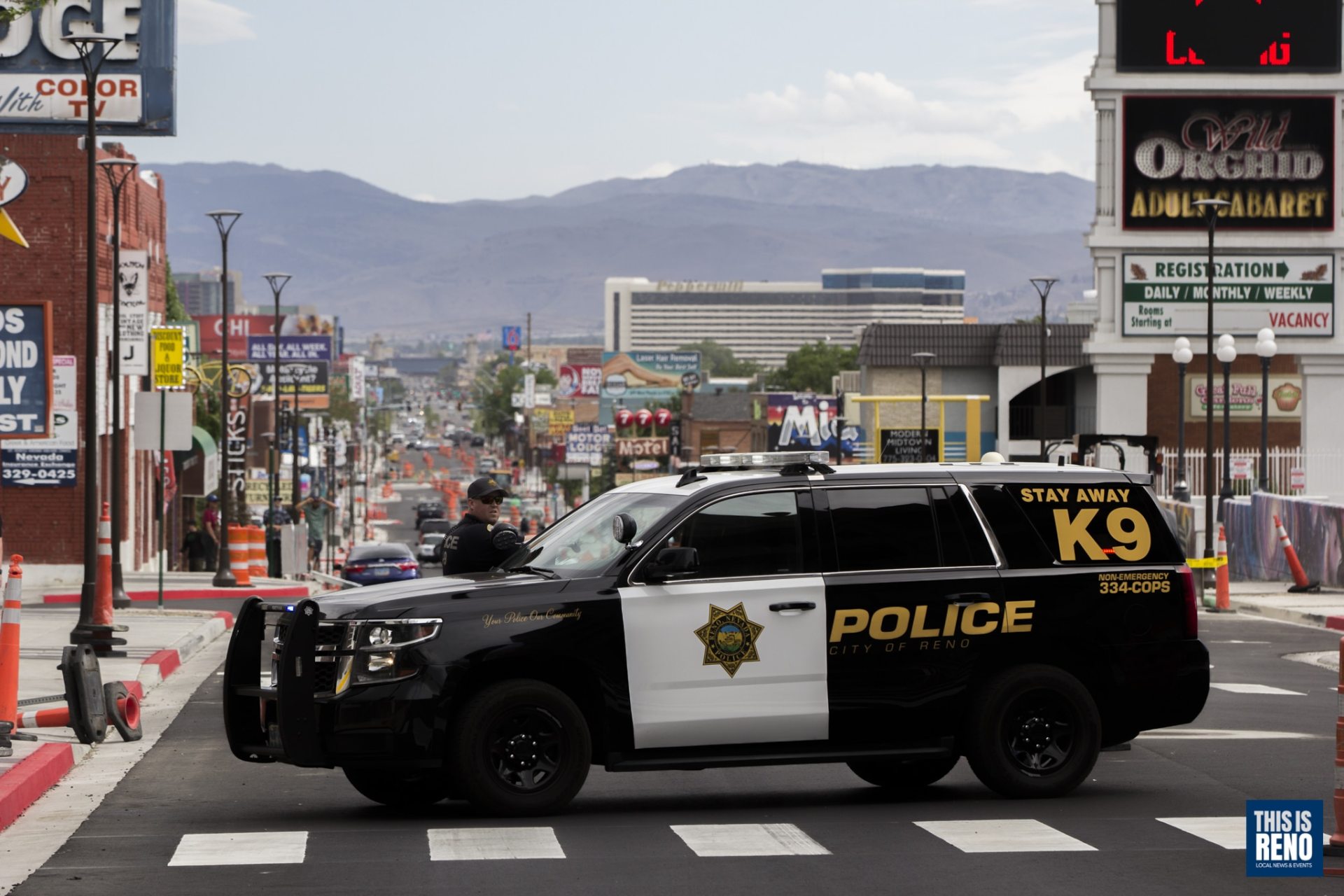 Following summer protests calling for reforms to policing, the newly launched Nevada chapter of the Fines and Fees Justice Center along with UNLV sociology students began probing local data on traffic tickets to see who is most likely to receive citations.

Criminal justice activists, civil rights groups and legal professionals have pushed, unsuccessfully, for years to convert traffic infractions from a criminal matter to a civil infraction, since failing to pay citations can lead to bench warrants and jail time.

“It is a logical choice and a logical first step,” she said. “Nevada is one of 13 states that still criminalizes traffic warrants.”

The new research from UNLV shows people of color and low-income communities are subjected to higher rates of traffic citations and subsequent warrants.

Dr. Barbara Brents, a UNLV sociology professor who worked on a report with her students using traffic stops and warrants issued in the City of Las Vegas from 2018 through July 2020, said data showed Black and Hispanic drivers, along with those from the poorest ZIP codes, are disproportionately affected.

UNLV is working with the Fines and Fees Justice Center to finalize the report, which should be released later this year.

There are already indications lawmakers could finally decriminalize violations during the legislative session.

What makes the latest attempt more likely to succeed?

Additionally, the bill has 23 co-sponsors, including both Democratic and Republican lawmakers.

But Moseley said events from 2020, which saw financial uncertainty and economic crisis from a pandemic along with months-long protests around racial justice, might also be a good reason Nevada is ready for a change.

“There are a few things that make this year different and one is Covid,” she said. “People realize more and more people are struggling right now.”

“Las Vegas Justice Court, because of Covid, got rid of 270,000 outstanding traffic warrants because they realize that people didn’t have the ability to pay these warrants and it was just ridiculous to try to keep collecting them,” she said.

But it’s not just Covid.

“People’s minds are open more to why these reforms are necessary,” Moseley said. “Some of the protests that we’ve seen and the killing of George Floyd, which just had everyone gasping and people saying they couldn’t believe this happened. That along with Covid, the unemployment rate, the culmination of all these things has us saying, ‘wait a minute. We can do better.’”

‘On the backs of poor people’

Under AB 116, if a person didn’t respond to the civil infraction in 90 judicial days (when the court is open), the court would have to send out a notice. From that point, people would have 30 days or be subjected to civil and monetary penalties.

The bill is also retroactive for any person who hasn’t been convicted of an offense before Jan. 1 2023 and requires courts to cancel outstanding bench warrants for failure to appear.

In past conversations around decriminalizing traffic tickets, most of the resistance comes from uncertainty about funding courts.

However, courts can’t collect if people aren’t able to pay, which has an increased likelihood when extra court fines and administrative fees are added to tickets.

“The thinking has been if we have these warrants to hold over people’s heads then we can get them to come in and pay,” she added. “But the research shows that is not the case. When people have outstanding warrants they cannot pay, they don’t pay them.”

On the other hand, she points to places like Carson City, which she said stopped issuing warrants in traffic cases in 2019, and saw its “collection rate for tickets increased by 8.5 percent.”

Supporters of decriminalizing tickets note the current system doesn’t make sense when it affects vulnerable communities the most.

“It’s like we’re funding the criminal justice system on the backs of poor people,” Brents said.

If a person receives a traffic ticket and fails to pay in time or make a court appearance, they could receive a bench warrant. While discussing legislation in 2019, lawmakers noted common reasons for failing to appear included people not being properly notified of court dates, missing appearances because of work obligations, or simply forgetting.

The most common violations resulting in warrants, Brents said, were non-moving infractions like driving without a license or without proof of insurance.

“What we’re finding in Las Vegas matches what other people doing this research across the country are finding, which is that most of the warrant issues are not for moving violations but for inability to pay,” she added.

If a person does pay down a traffic fine, they first must deal with hefty fees attached from the warrant.

“You might say, ‘if they are the ones violating the law then they should pay for it?’  But the reason they are violating the law is because they can’t pay for the tickets,” Brents added. “It’s a never-ending cycle. We are creating a situation where people can’t pay.”

The Las Vegas data Brents and her students examined showed that two-third of warrants issued for traffic violations were issued to Black and brown people. She added that the researchers struggled to get data from other jurisdictions, but would imagine similar trends.

From what it found, Black drivers had the largest disparity.

Blacks are 12 percent of the population, but were issued 43 percent of warrants, said Foster Kamanga, a graduate student at UNLV who worked on the report.

The research also shows certain areas of town are targeted.

Moseley said when communities with lower median incomes are more likely to have traffic-related warrants, it results in “money being extracted out of these communities.”

“They don’t want to go to jail and so they are borrowing money from family members or taking out loans from payday loan places just in order to pay these outstanding traffic tickets,” she said. “What is that doing? They’re not feeding their families in some cases. They are having to borrow money. They are not paying bills. It’s just stress all around. It is taking people years to pay these off if they ever do. In a lot of cases, people never get them paid off.”

In 2019, groups including the Progressive Leadership Alliance of Nevada, the ACLU of Nevada and Nevada Attorneys for Criminal Justice also cited racial inequity as grounds for abolishing the current system.

Assembly Judiciary Committee Chair Steve Yeager — a sponsor for the 2021 legislation —  introduced a bill to decriminalize traffic tickets in 2019.

The bill passed the Assembly easily, 36 to 5, 5 to 36 and then failed to advance in the Senate.

Yeager took a few provisions out of the ill-fated legislation and added them to other pieces of legislation addressing traffic citations.

In the end, lawmakers passed other legislation that established a 30-day grace period on missed court dates for minor violations, ensured people who can’t pay tickets because of financial imitations don’t have their license suspended and enabled the courts to access information from the Department of Motor Vehicles if they are having logistical problems notifying people about court dates.