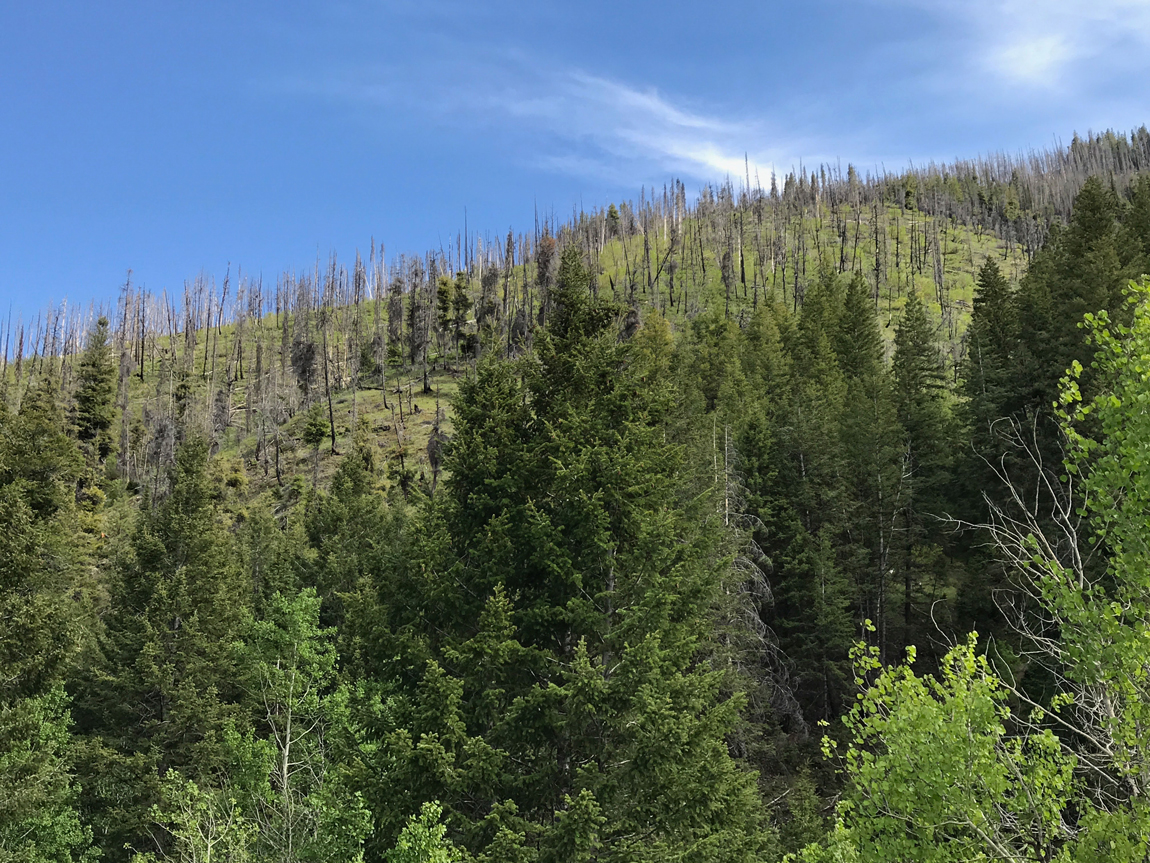 RENO – The millions of people affected by 2020’s record-breaking and deadly fires can attest to the fact that wildfire hazards are increasing across western North America. Both climate change and forest management have been blamed, but the relative influence of these drivers is still heavily debated.

The results of a recent study show that in some ecosystems, human-caused climate change is the predominant factor; in other places, the trend can also be attributed to a century of fire suppression that has produced dense, unhealthy forests.

Over the past decade, fire scientists have made major progress in understanding climate-fire relationships at large scales, such as across western North America. But a new paper published in the journal Environmental Research Letters details a study that takes this progress to the next level.

Researchers at five Western universities delved into which factors are increasing fire activity at the scales where management actions are implemented, and when and where ecosystems are likely to benefit from fuel management. They looked at data gathered across complex terrain in two mixed-conifer watersheds, in the Idaho Batholith and the Central Rocky Mountains.

“This paper presents one of the first wildfire attribution studies at the scale of actionable management and shows that local responses to climate change and fire suppression can be highly variable even within individual watersheds,” said lead author Erin Hanan from the University of Nevada, Reno.

Hanan is a researcher with the University’s Experiment Station and Assistant Professor of Natural Resources & Environmental Science in the College of Agriculture, Biotechnology & Natural Resources. She and her collaborators at UC Merced, UC Santa Barbara, Washington State University and the University of Washington, Tacoma, used a novel modeling approach to examine how climate change and fire suppression influence fire regimes across watersheds.

Their approach integrates three research methods: (1) remote sensing data to characterize past fires; (2) climate models to determine the role climate change has played in local meteorological patterns, including temperature, rainfall and humidity; and (3) a watershed model that simulates how climate, water, vegetation and wildfire interact over space and time.

“This study is really the first to directly compare the independent effects of climate change versus fire suppression, which you can only do using dynamic models,” said UC Merced Assistant Professor Crystal Kolden, who led the FireEarth initiative. “We were actually surprised that the climate change signal was so clear; that’s kind of rare. And even though our study was limited to Idaho, the forest types and climate we modeled are found throughout the western U.S., so they are good analogs for many other watersheds.”

In addition to illuminating the roles of major wildfire factors, the research also boosts methodology.

“This paper moves fire modeling and prediction forward by looking inside watersheds and disentangling the many factors that influence how fire regimes will evolve in the coming decades,” said UC Santa Barbara Professor Naomi Tague, who led the SERI-Fire initiative.

While climate change remains a major factor, increasing the frequency and intensity of large wildfires across the globe, there are many regions where past suppression efforts still play an important role. Forest-density reduction is often the approach used in fuel-limited forests where decades of suppression have significantly increased fuel loads. However, density reductions sometimes have unintended consequences, particularly when vegetation growth is enhanced by the treatments, leading to greater plant water use, drier conditions – including drier fuels – and an increased fire risk.

Because fuel management often occurs at fine scales, spatially explicit models are needed to project how different areas within watersheds will respond to fire suppression or fuel treatments under the shifting conditions brought about by climate change.

“We found that the effects of climate change and fuels varied at fine scales within watersheds, and the relative influence of these drivers is changing as the climate continues to warm, so solutions to the growing wildfire problem must be adaptive and location-based,” Hanan said. “That’s why it’s important to consider local environmental conditions and climate change trends in policy and management planning for the future.”