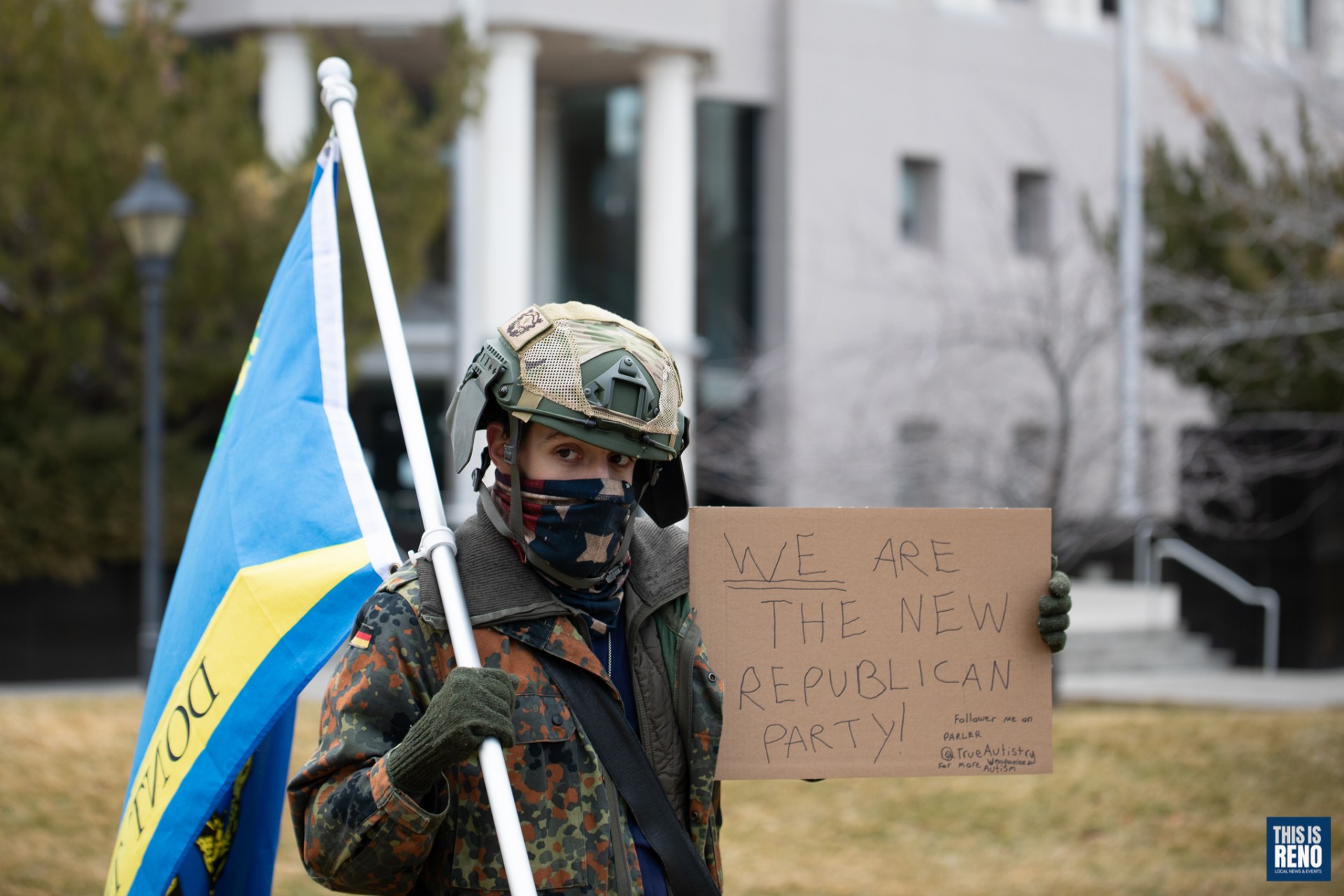 Trump followers gather in Carson City, Nevada outside of the Legislature on Wednesday, Jan. 6, 2021.
Share
0
FacebookTwitterPinterestLinkedinTumblrRedditWhatsappTelegramEmail

CARSON CITY, Nev. (AP) — Supporters of President Donald Trump on Wednesday lined the streets outside Nevada’s state capital and rallied in front of federal buildings in Las Vegas, as Congress suspended its count of state electoral votes after demonstrators stormed the U.S. Capitol in Washington.

“The man that we elected to support our president as vice president has given up on this country and given up on you and me. Vice President Pence is a traitor to this country,” conservative radio host Monica Jaye told a booing audience after Pence said he didn’t have the power to overturn the election results.

Some among the crowd of a few hundred people wore distinctive red caps bearing Trump campaign slogans. The demonstration was loud but peaceful, with police and federal marshals watching from building steps behind bicycle rack-style metal barricades.

The protests were among many in cities and state capitals throughout the U.S.
The congressional count is the last step in affirming Biden’s 306-232 Electoral College victory in the Nov. 3 election.

In Carson City, protestors broadcast Trump’s National Mall speech on loudspeakers, in which he vowed to “never concede.” They called for a “new Republican Party” and equated the vote count to treason.