Small businesses during big crisis: How owners think the state can help 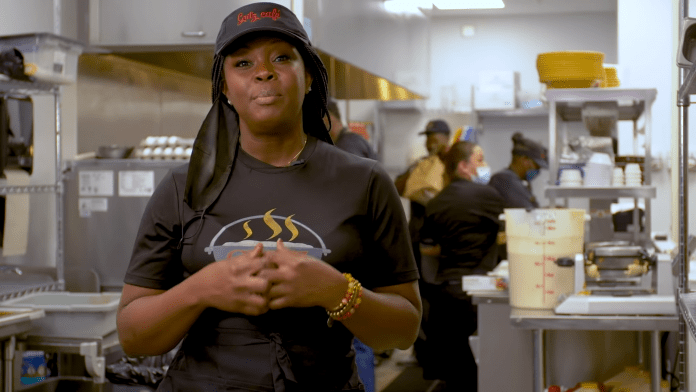 Trina Jiles, owner of Gritz Café in Las Vegas, was featured in Gov. Steve Sisolak's 2021 State of the State and participated in a roundtable discussion on small businesses.
Share
0
FacebookTwitterPinterestLinkedinTumblrRedditWhatsappTelegramEmail

LAS VEGAS–Nevada’s mom and pop shops have a few ideas on how the state could better help them through the pandemic.

Utility bill forgiveness, temporary wage subsidies and prioritized vaccinations were some of the things suggested by small business owners on Tuesday during a virtual roundtable discussion with Gov. Steve Sisolak and state officials.

“When an employee of a small business tests positive for covid, the impact is similar to that of a family,” said Trina Jiles, owner of Gritz Cafe in Las Vegas.

After one of her employees tested positive for covid-19, Jiles was forced to temporarily close the cafe so it could be deep cleaned and all employees tested. The soul food restaurant is planning to reopen Thursday after several days of lost revenue.

Cassandra Barcelo, who owns Empowered Café with her husband, Christopher, said their Las Vegas restaurant was shuttered for three weeks after covid-19 spread its way through their family. The married couple run their cafe and employ two people.

“That was tough,” said Cassandra Barcelo. “Three weeks of product went bad. Employees were without pay.”

Barcelo suggested the state look globally for examples of more ways to help small businesses. The Canadian government, for example, is operating a partial wage subsidy to help employers keep their employees. She also liked the idea of utility forgiveness for businesses, similar to what some municipalities have done for residents impacted by the pandemic.

Ashley Bradley, of the Vegas-based frozen yogurt truck Spoon-a-Bowl, said lawmakers need to recognize that many businesses will need assistance even once state and county restrictions begin to lift.

“When things start to open up, it’s not just going to be a flip of the switch and everything will be back to normal,” she said. “It’s super important that we continue to get more support.”

Bradley said the state should find a way to incentivize closures for safety reasons.

“We (small business owners) feel pressure to open and operate because we need the money,” she said. “Sometimes it’s not safe.”

Walter Golshinski of Smiling With Hope Pizza in Reno echoed that sentiment. He and his wife, Judy, decided at the beginning of the year to shut down operations until they — and their staff of nine employees, including three with developmental disabilities — receive vaccinations.

Golshinski also acknowledged that “most people can’t afford to do what we’re doing” and pause their businesses indefinitely over health concerns. He noted that many workers, especially within the food service industry, go into work sick because they have to financially.

The Golshinskis are considered to be in a high-risk group. They are old enough to qualify for vaccinations under the state’s current two-lane, several-bucket guidelines. But the process of actually getting the shot has proven cumbersome for many across the state.

“I know you’re doing your best,” he told state officials. “But we need more clear instruction on when we’re eligible, how do we get on the queue, where do we go — things like that.”

As of Tuesday, Nevada reported the third lowest per capita number of vaccine doses administered, according to the CDC COVID Data Tracker.

Gov. Sisolak told the small business owners he and his staff were doing “everything humanly possible to get more vaccines into the state.” Sisolak has been critical of the federal government on the issue of vaccines and relief funding for states and municipalities.

In his state of the state speech last week, the governor said he was committed to helping small businesses. He announced he would be working with Lt. Gov. Kate Marshall to create a small business resource center. Sisolak is also requesting the Legislature approve $50 million in funding for the Pandemic Emergency Technical Support grant program.

As of Jan. 13, that state-run program had approved $46.8 million in grants for 4,176 businesses and had an additional $4.1 million in the process of being approved, according to a report prepared for state lawmakers.

That original $51 million covered one-third of requests made by small business owners. The state accepted PETS grant applications for only four days — from Oct. 19 to Oct. 22 — and received 13,548 applications requesting a combined $148.5 million.

If approved by the Legislature, the new infusion of $50 million would be used to approve additional applications from that initial pool from October, according to the Governor’s Office of Economic Development.

“I’m thrilled we were able to find $50 million,” said Sisolak when asked about the additional needs of small businesses across the state. “We’ll see what comes from the federal government in terms of relief.”