Sierra snowpack is low, could improve with winter storms 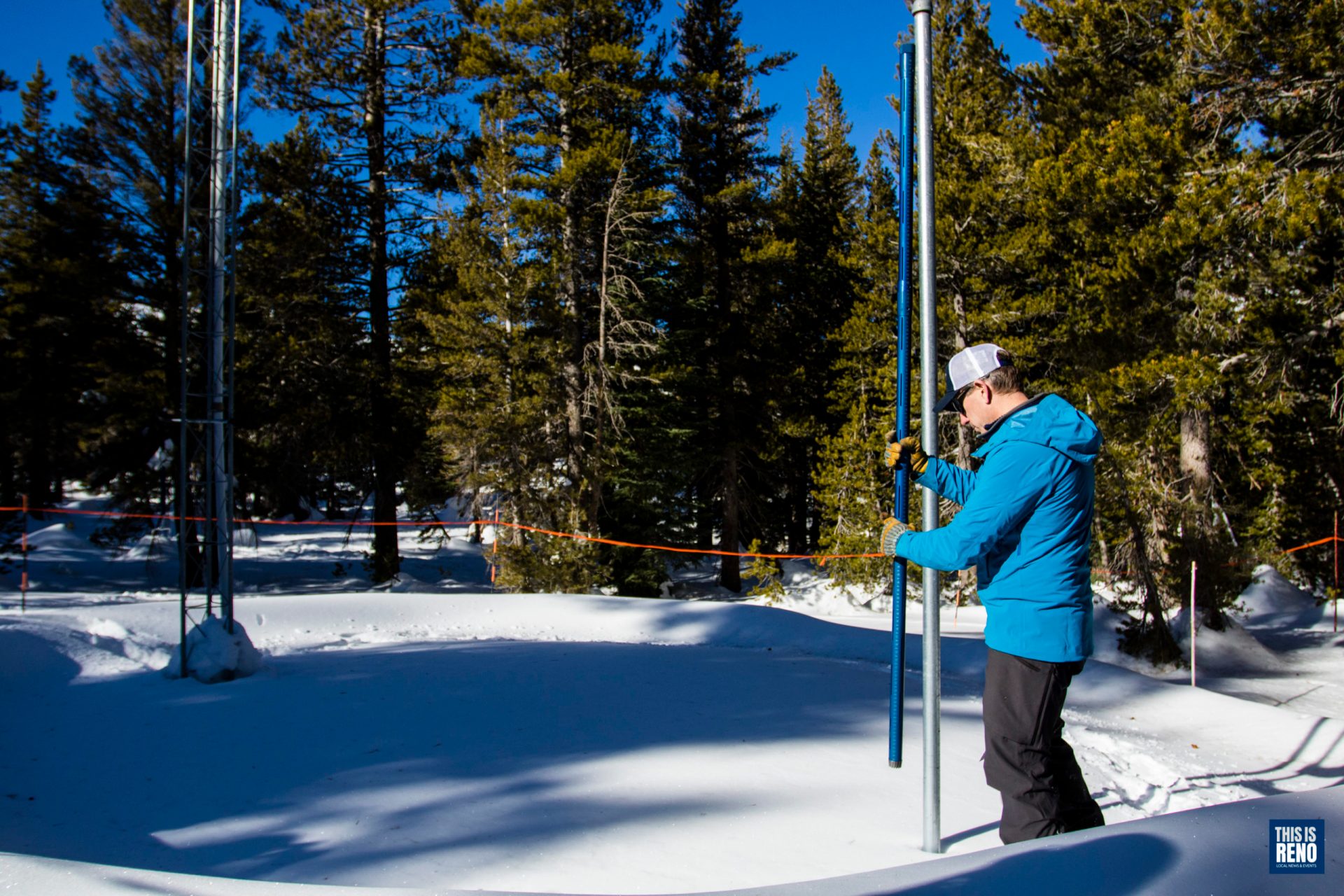 Snowpacks are off to a below normal start across the Eastern Sierra and northern Nevada this year. In fact, 91% of the entire state of Nevada is in a severe to exceptional drought.

Experts today said that, regionally, there is a chance this might turn around.

As of Jan. 4, according to the Natural Resources Conservation Service Nevada (NRCS Nevada), a wing of the U.S. Department of Agriculture, “snowpacks were 71-78% of median in the Lake Tahoe, Truckee and Carson basins.”

A storm that rolled into the region Monday may boost these percentages by as much as 10%.

An average water year for this region has precipitation of 44 inches, so there’s a bit more than “half a water year to make up.”

The lack of rain this fall has also left dry soils under the snow. In the spring, snow melt will need to fill the soil—and this could lead to less runoff.

“That soil is like a sponge under the snowpack,” Anderson said.

He added, “The Truckee basin right now, the snowpack is at 71% of the median for today. At this time of year, typically, we’re getting more and more snow each day, so right now we’re above 70% for the Truckee Meadows basin.”

However, Anderson said that storms rolling into the region Monday and throughout the week could boost the snowpack by as much as 10%.

“So, that’d be like if a foot of snow falls up in the mountains,” he said.

“At this time of year, the percentages can change pretty rapidly because the median amount of snowpack is not so great because we’re still pretty early in the winter,” Anderson explained. “It’s very early now. If we got a really big storm, we could easily bump up with one storm above 100% of normal for now. But if we’re at 70% in the middle of March, it’s going to be a lot harder to bump up to 100% by April when the snow typically starts to melt.”

There may be plenty of time to for Mother Nature to make up for where our current snowpack stands against averages—but snow forecasts, at least in the next few weeks, are not looking great.

“There’s not really a great storm signal for the next couple of weeks, which is kind of disturbing, because January is our biggest month of the winter, typically,” Anderson said. “If you average all of the years’ data, January would be the month where you’d think you’d get a lot of snow. … In the Sierras, you know, it really only takes a handful of really big storms to make or break your water year.”