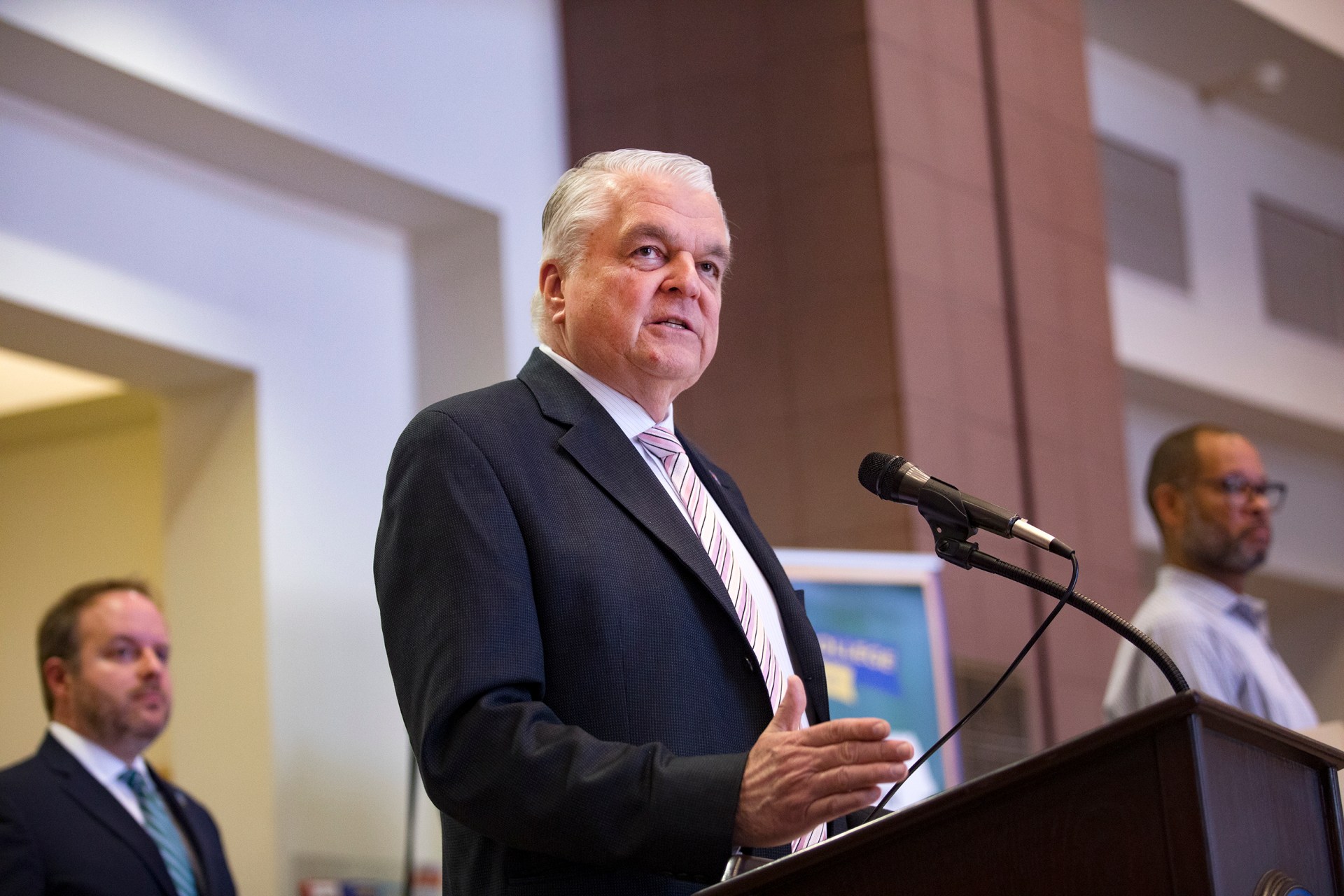 CARSON CITY, Nev. (AP) — The economic consequences of the coronavirus pandemic has hit Nevada particularly hard, complicating budget planning in a state that levies no state income tax on residents and relies on tourism and hospitality industry revenue.

Gov. Steve Sisolak released a budget proposal on Monday based on projections that it could take until 2023 for tax revenue to rebound to pre-pandemic levels.

The budget proposes cuts to both K-12 and higher education and increases funding for health care as the pandemic surges and more laid-off workers enroll in Medicaid. The proposal outlines $8.7 billion in spending from 2021 to 2023 and projects the state will collect $4.2 billion and $4.5 billion in the upcoming two budget years, respectively.

That’s less than $9 billion general fund revenue the state initially projected for the 2019-2021 biennium, but more than the $7.7 billion projected in June 2020 amid the pandemic. The spending plan is based on projections issued by the state Economic Forum, a five-member panel that publishes forecasts twice each year.

When analysts on the panel convened in December, they said pending vaccine distribution and anticipated recovery would allow Nevada’s economy — and state tax revenue — to rebound after a 2020 nosedive, but stressed that the forecasts were merely guesses due to the unpredictable trajectory of the pandemic.

Sisolak’s budget relies on the forum’s “better-than-projected revenues” and additional federal funds to maintain most state spending, but projects $500 million less in revenue than forecasted in the 2019-2021 two-year cycle. The December forecasts and relief dollars allowed the governor to avoid 12% across-the-board cuts he asked state agencies to prepare in November. The Democratic-controlled Legislature will convene in February to deliberate over the budget before sending it back to the governor for approval.

Here’s some highlights from the proposal, which Sisolak is expected to expand on in Tuesday’s State of the State address:

The budget proposes $7 billion in education spending from 2021 to 2023, using a combination of local, state and federal funds. The total is $130 million less than the 2019-2021 budget. The state plans to decrease the amount it allocates from its general fund to higher education by $80 million and will rely on more than $450 million in federal aid that the federal government earmarked for education in December 2020. The budget also proposes fully delaying the Legislature’s changes to the K-12 education funding formula until the 2023-2025 budget cycle to reduce expenditures. The budget assumes K-12 enrollment will remain flat.

Enrollment in Medicaid has skyrocketed during the pandemic. As of November, more than 761,000 Nevada residents — roughly 1 in 4 — were enrolled, a significantly greater number than the 641,000 the state projected in its last budget cycle. The budget projects the state will spend more than 20% in the upcoming two years than it did from 2019 to 2021, including roughly $440 million for caseload growth and inflation. The budget expects caseload growth to slow to 2.2% over the next two years based on figures provided by the U.S. Department of Health and Human Services.

State officials stressed the difficulty of putting together a budget due to questions about federal coronavirus relief and the rules governing its use. The budget hinges on a $845 million increase in federal funds as part of the relief package passed by Congress and signed by President Donald Trump on Dec. 27. But Sisolak’s Chief of Staff Michelle White said she and the Governor’s Finance Office were optimistic that the incoming Biden administration would pass additional relief for state and local governments that would allow the Legislature to reverse some of the proposed cuts in the governor’s budget. The budget is not balanced based on assumptions about additional relief dollars.

Sisolak’s plans to cut spending by furloughing and freezing salaries for state workers drew a lawsuit from the American Federation of State County Municipal Employees (AFSCME) Nevada branch. Sisolak is accused of violating the state’s collective bargaining law and trying to balance the state’s budget on the backs of its workers. The Legislature partially reversed his decision in a summer special session, limiting the duration of the one-day-per-month furloughs to six months rather than a full year. The budget does not propose any salary freezes or furloughs for the two-year budget cycle.