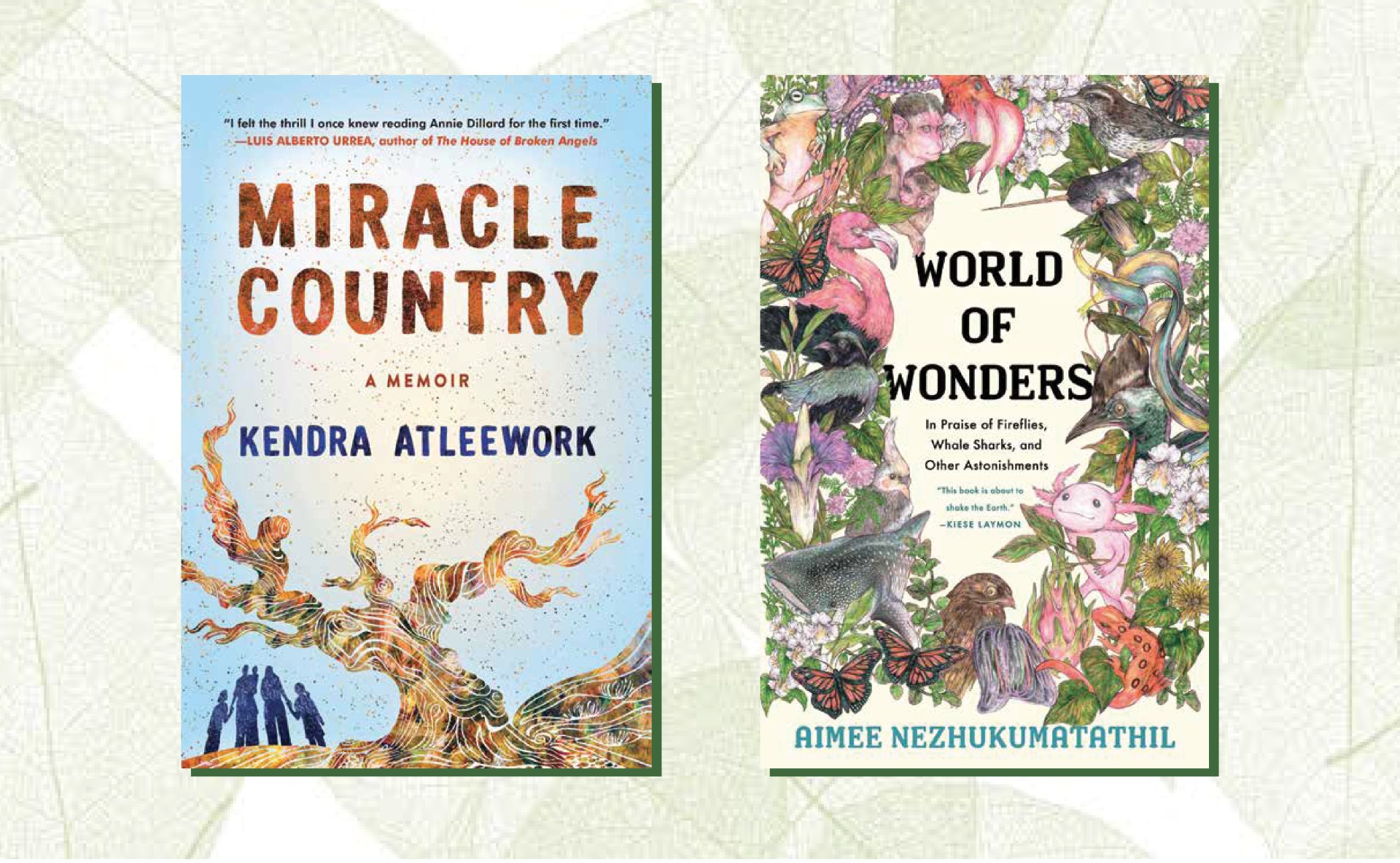 LAS VEGAS—This year’s Nevada Reads Program from Nevada Humanities features two nature-themed books that will inspire a variety of programming throughout 2021. Both of the selected books are also memoirs–Miracle Country: A Memoir by Kendra Atleework, and World of Wonders: In Praise of Fireflies, Whale Sharks, and Other Astonishments by Aimee Nezhukumatathil.

Nevada Reads is a statewide book club that draws people from across Nevada to, according to Nevada Humanities, “read selected works of literature and then come together in their communities to share ideas and perceptions inspired by the books they have read.”

Programming will include online book clubs, outdoor activities, virtual discussions and workshops and other community-led initiatives. The books are planned to be available for borrowing from local libraries, or can be purchased through booksellers.

“2021 is a year of rebuilding and recovery for all of us. This is a year to emphasize the human story, and we have chosen these two memoirs to remind us of the importance of wonder and the value of listening and looking closely at our many natural landscapes and outdoor places during moments of difficulty and hardship,” said Christina Barr, executive director of Nevada Humanities. “We are excited to present new Nevada Reads programming opportunities that will impart a greater appreciation of the natural world and remind us of our responsibilities to the land and one another.”

Miracle Country: A Memoir by Kendra Atleework, Workman Publishing. Kendra Atleework grew up in Swall Meadows, in the Owens Valley of the eastern Sierra Nevada, a beautiful, if harsh, landscape, prone to wildfires, blizzards, and gale-force winds. After Kendra’s mother died of a rare autoimmune disease when Kendra was just 16, her once-beloved desert world came to feel empty and hostile, as climate change, drought, and wildfires intensified. The Atleework family fell apart, even as her father tried to keep them together. Kendra escaped to Los Angeles, and then Minneapolis, land of tall trees, full lakes, water everywhere you look. But after years of avoiding her troubled hometown, she realized that she needed to come to terms with its past and present and had to go back. Miracle Country is a moving and unforgettable memoir of flight and return, emptiness and bounty, the realities of a harsh and changing climate, and the true meaning of home.

Kendra Atleework was born and raised on the dry edge of California at the eastern base of the Sierra Nevada mountains. She moved away for a decade, mostly spent being homesick and researching the place she left behind—the product of which is Miracle Country. She is the recipient of the Ellen Meloy Desert Writers Award and was selected for The Best American Essays, edited by Ariel Levy. She received her MFA in creative writing from the University of Minnesota and now lives in her hometown of Bishop, California.

World of Wonders: In Praise of Fireflies, Whale Sharks, and Other Astonishments by Aimee Nezhukumatathil, Milkweed Editions. From beloved, award-winning poet Aimee Nezhukumatathil comes a debut work of nonfiction—a collection of essays about the natural world, and the way its inhabitants can teach, support, and inspire us. As a child, Nezhukumatathil called many places home: the grounds of a Kansas mental institution, where her Filipina mother was a doctor; the open skies and tall mountains of Arizona, where she hiked with her Indian father; and the chillier climes of western New York and Ohio. But no matter where she was transplanted—no matter how awkward the fit or forbidding the landscape—she was able to turn to our world’s fierce and funny creatures for guidance. Even in the strange and the unlovely, Nezhukumatathil finds beauty and kinship. For it is this way with wonder: it requires that we are curious enough to look past the distractions in order to fully appreciate the world’s gifts. Warm, lyrical, and gorgeously illustrated by Fumi Nakamura, World of Wonders is a book of sustenance and joy.

Aimee Nezhukumatathil is the author of the New York Times best-selling collection of illustrated nature essays, World of Wonders: In Praise of Fireflies, Whale Sharks, and Other Astonishments, finalist for the Kirkus Prize in non-fiction. She also has published four award-winning poetry collections and other awards for her writing include fellowships from the Guggenheim Foundation, Mississippi Arts Council, Mississippi Institute of Arts and Letters Award for poetry, and the National Endowment of the Arts. Her writing has appeared in the New York Times Magazine, ESPN, and twice in Best American Poetry. She is professor of English and Creative Writing in the University of Mississippi’s MFA program.

To learn more about Nevada Humanities, Nevada Reads, and Nevada Center for the Book, visit nevadahumanities.org.