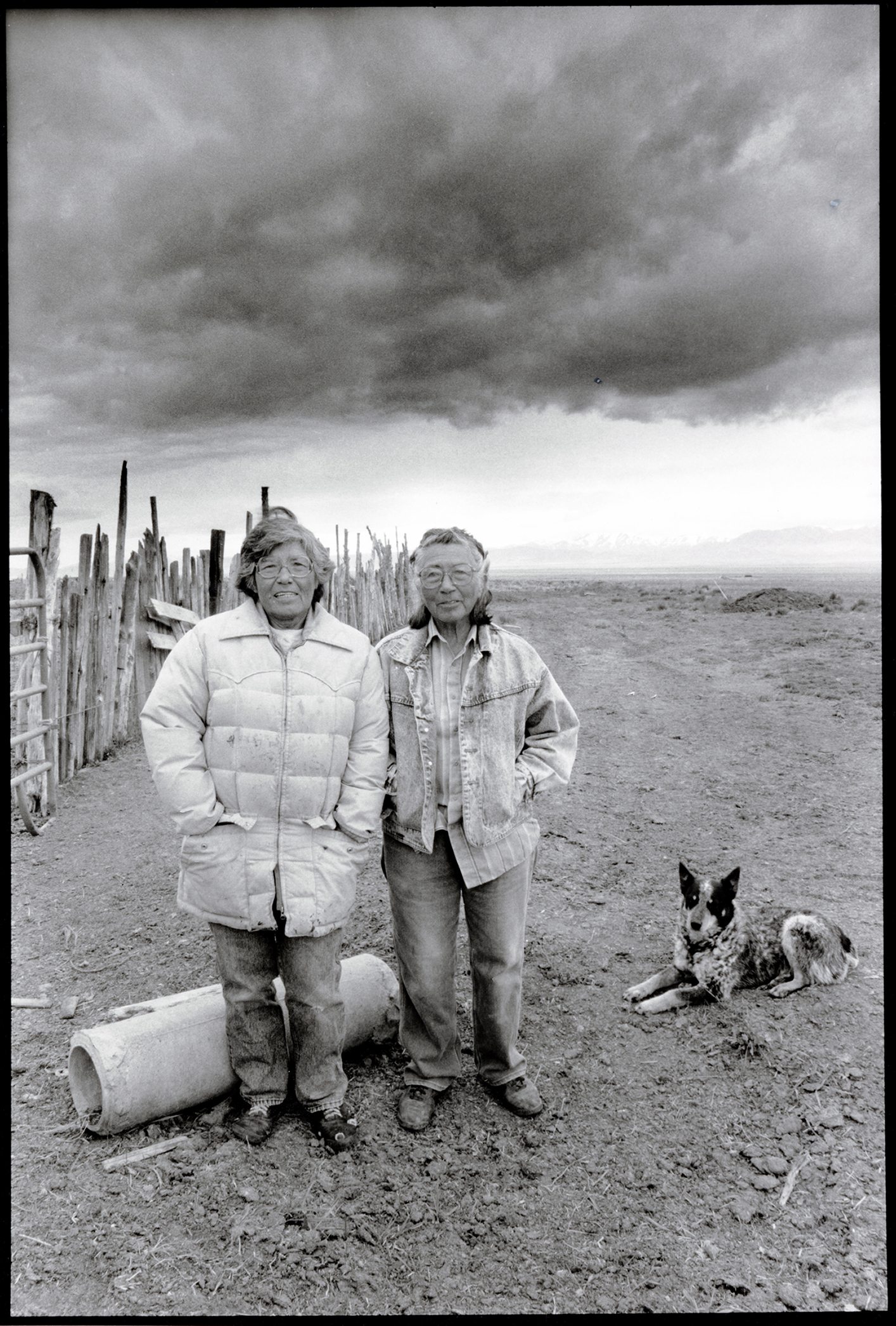 Born in 1932, Carrie Dann was the younger sister of Mary Dann, who passed in 2005. Together, the pair fought a decades long battle with the federal government over their ancestral lands.

Long before Europeans arrived on this content, the Western Shoshone had roamed vast stretches of what later became Utah, Idaho and Nevada. As colonizers pushed farther and farther west, they encountered the Shoshone and other indigenous people.

In 1863, the Shoshone signed the Treaty of Ruby Valley. The treaty defined their expansive territory and also allowed others safe passage. It even contained provisions to let miners develop the region’s gold deposits.

This treaty was not honored by the federal government, which continued to encroach upon the Shoshone’s land. The Western Shoshone filed a lawsuit; however, in 1962, a court ruled they had lost their land legally and were not entitled to government compensation.

The Indian Claims Commission heard an appeal from the Shoshone the Tribe and awarded it $26 million in 1979. The Tribe did not want the money and refused it. Its people wanted their land back—but the U.S. Supreme Court did not agree that the land had been taken wrongfully.

According to the Nevada Indian Commission, the Dann sisters even persuaded the United Nations’ Committee on the Elimination of Racial Discrimination of their case and it “ordered the U.S. government to halt all actions against the Western Shoshone people. The government has yet to respond.”

During the early ’70s the Dann sisters stopped paying their federal grazing fees in protest. They continued to battle with the federal government for decades. In 1998, the Bureau of Land Management issued trespass charges over the Danns’ non-payment of grazing fees and removed hundreds of head of cattle and horses from their ranch, also fining the sisters and the tribe some $3 million.

Mary Dann, quipped to a New York Times reporter, “Trespass? Who the hell gave them the land anyway? When I trespass, it’s when I wander into Paiute territory.”

The Dann sisters’ work on behalf of the rights of indigenous people earned them the 1993 Right Livelihood Award. In 2008, a documentary film called American Outrage explored their leadership in the disputes with the federal government.

Carrie Dann continued to live on the family ranch after the passing of her sister in 2005. She also kept huge amounts of documentation from their legal battles with the federal government. She donated all of them to the University of Nevada, Reno. The 120-carton collection of documents, which ranges from the mid-1960s to 2010, is kept by Special Collections department for use by researchers.

“Our Land, Our Life” presents the struggle of Carrie and Mary Dann to address the threat mining development poses to the sacred and environmentally sensitive lands of Crescent Valley, Nevada. It was produced by Oxfam America.