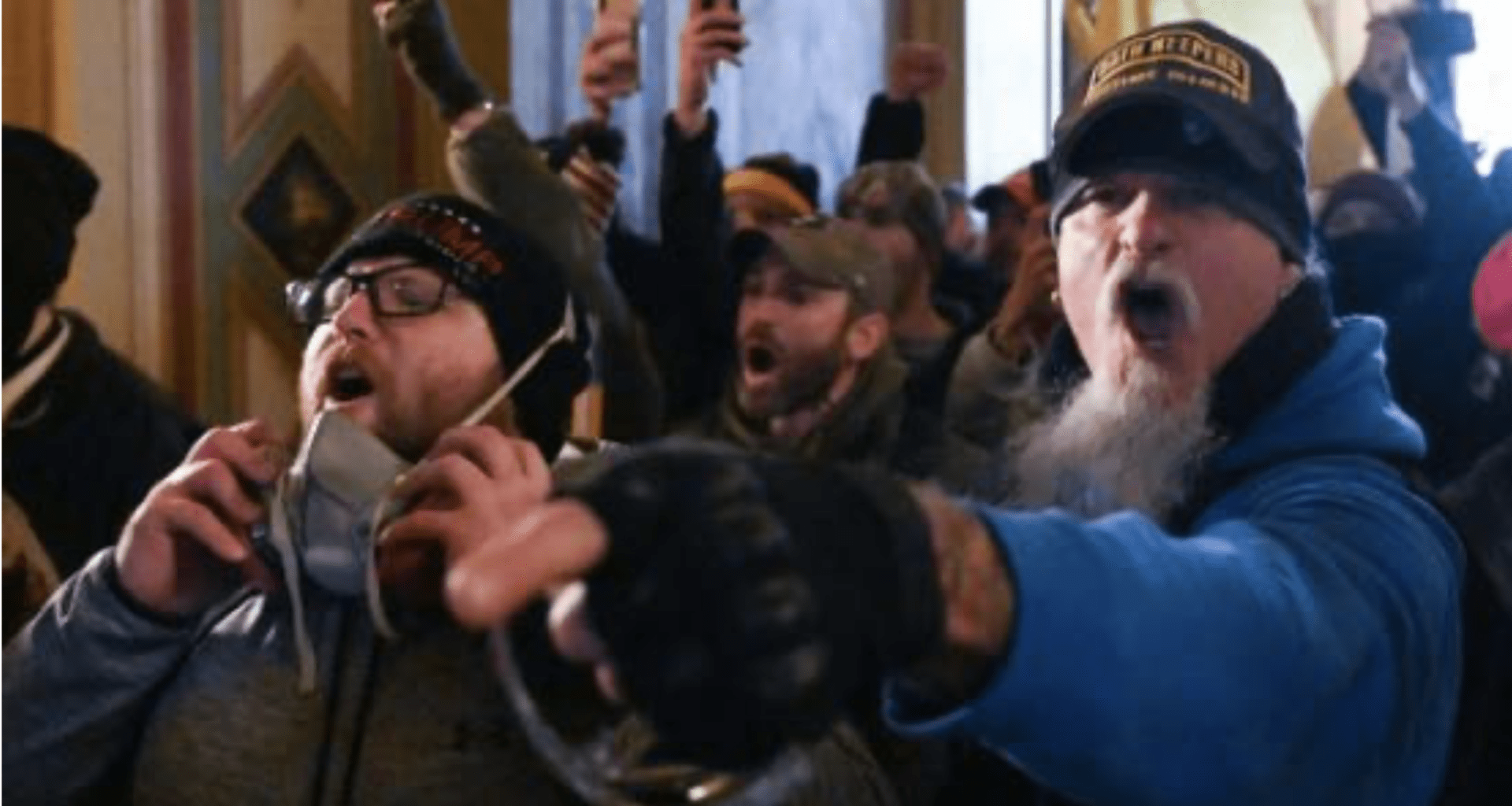 The Washington D.C. Metropolitan Police Department issued this photo of people considered "of interest" for possible arrest for breaking into the Capitol Jan. 6, 2021.
Share
0
FacebookTwitterPinterestLinkedinTumblrRedditWhatsappTelegramEmail

CARSON CITY–Nevada Attorney General Aaron Ford, a Democrat, on Friday denounced the actions of his Republican counterparts for what he says was their role in the domestic terrorism at the U.S. Capitol on Jan. 6, 2021. The statement was made through the Democratic Attorneys General Association (DAGA), which Ford co-chairs with Massachusetts Attorney General Maura Healey.

DAGA’s statement came on the heels of news that the Republican Attorneys General Association (RAGA) and its advocacy arm, the Rule of Law Defense Fund (RLDF), sent robocalls to Trump supporters encouraging them to go to Washington D.C. on Jan. 6 and “fight to protest the integrity of our elections.”

In the statement issued by DAGA, Ford and Healey warn, “RAGA, RLDF—and the Republican AGs who blindly take their support—have no legal or moral ground on which to stand here: the organization paid for robocalls to recruit attendees, it was listed as a sponsor of the event, its former Chair spoke at the rally that incited a mob, and former GOP AG Josh Hawley led the effort in Congress to undermine the election.”

Watchdog group Documented shared audio of the robocall the day after the violent rally.

In addition to recruiting attendees, RLDF was listed as a participant in the event, dubbed “March to Save America,” along with numerous groups that contend the 2020 election was rigged, including Turning Point Action, Stop the Steal and Eighty Percent Coalition. Documented notes that RAGA was originally listed as a coalition partner for the event, but was later replaced with RLDF.

Claims of fraud in the 2020 election have repeatedly been found to be false, and court cases challenging election results have been consistently dismissed.

RAGA and its members issued statements condemning the violence. After audio of the robocall was released by Documented, the group further noted that it had “no involvement in the planning, sponsoring, or the organization of Wednesday’s event”–despite RLDF having paid for, recorded and distributed the robocall invitation.

In a tweet sent Saturday Ford said, “They deny & scapegoat, just like Pres. Trump. But the buck stops with them…and is apparently passed as dark money to sponsor & recruit for the march.” He called on RAGA and its Republican attorneys general members to be held accountable for their role in the event.

The full text of Ford’s and Healey’s joint statement from DAGA is below.

“The continued peddling of conspiracy theories and pandering to President Trump’s dangerous lies by the Republican Attorneys General Association, the Rule of Law Defense Fund, and some current and former Republican Attorneys General has gone unchecked for too long. Current and former Republican AGs have been directly involved with efforts to undermine the results of the 2020 presidential election, and now the party of so-called ‘law and order’ played a role in recruiting the domestic terrorists who breached the U.S. Capitol to attack Vice President Mike Pence for doing his Constitutionally-mandated job to certify the Electoral College.”

“RAGA, RLDF—and the Republican AGs who blindly take their support—have no legal or moral ground on which to stand here: the organization paid for robocalls to recruit attendees, it was listed as a sponsor of the event, its former Chair spoke at the rally that incited a mob, and former GOP AG Josh Hawley led the effort in Congress to undermine the election.”

“The committee’s unfortunate choice to compare insurrectionists and white nationalists who stormed the Capitol to Americans protesting this summer for racial justice further illustrates the radical and racist underpinnings of RAGA’s most recent efforts.”

“It is not enough for Republican Attorneys General to denounce the violence at the Capitol; they must publicly distance themselves from the Republican Attorneys General Association and its leadership. And we encourage any individual and entities financially-backing the committee to abstain from further supporting an organization that makes such a mockery of the rule of law and our beloved democracy.”