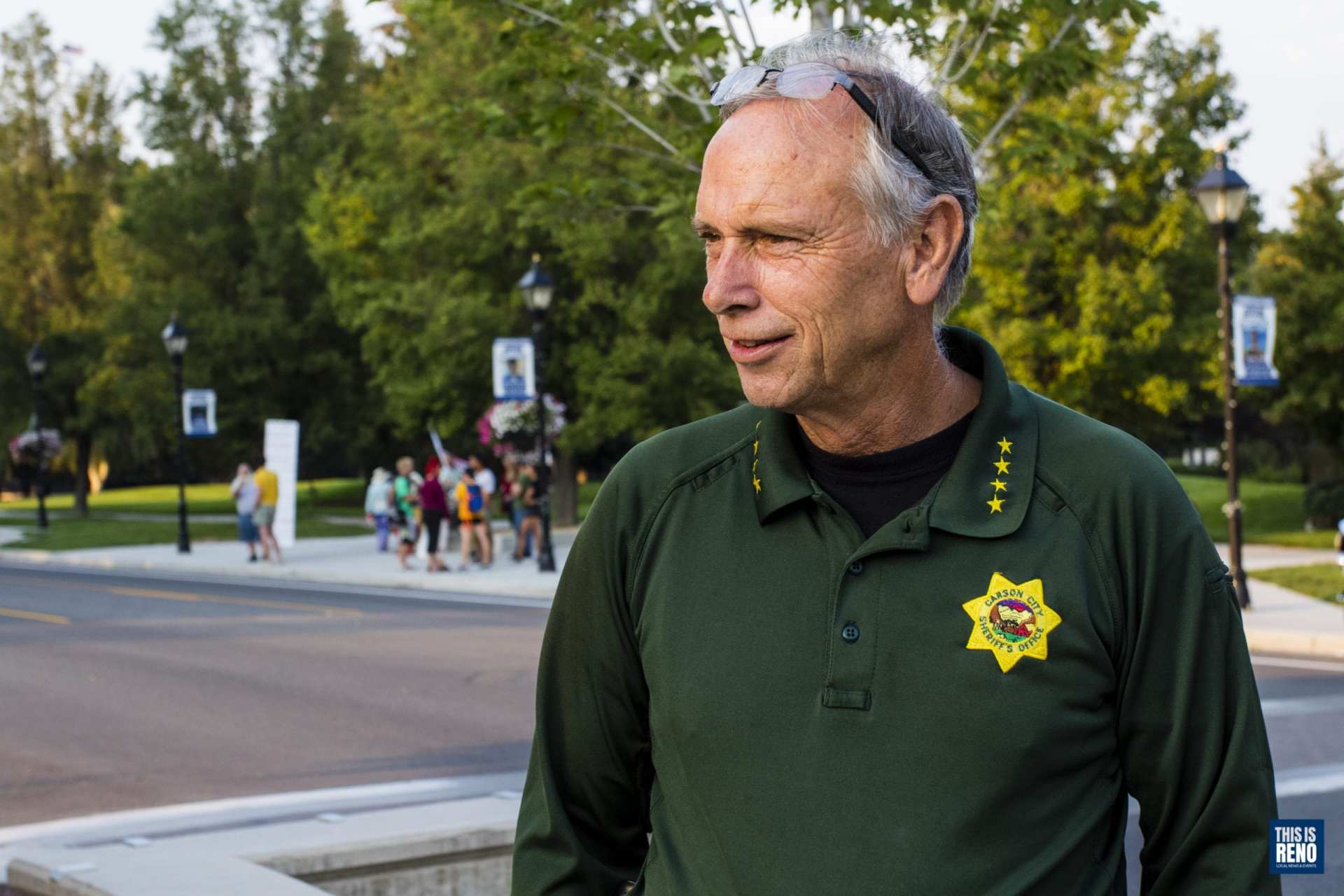 Carson City Sheriff Kenneth Furlong, his deputies and other area law enforcement agencies are prepared for planned protests in the capital between now and Inauguration Day on Jan. 20.

A large, armed protest has been planned for Sunday, Jan. 17 in Carson City in front of the Nevada Legislature. It’s worth noting that protests are nothing new in Nevada’s capital city, though this one may be larger and more tense.

Demonstrations that have taken place in Carson City since March 2020 have been organized around issues ranging from COVID-19 restrictions to teachers’ concerns to Black Lives Matter and the results of the 2020 presidential election. Generally, Furlong said, they’ve been peaceful and their participants cooperative with law enforcement.

“There have been some little incidents but nothing of major, major concern,” he said. “This past week or so has certainly escalated or elevated our commitment to the demonstrations, especially with the incident that occurred on the sixth in Washington D.C.”

Furlong noted that following the Jan. 6 insurrection in the U.S. capital city, there were calls for demonstrations in all 50 state capitals. He said this “drew some concern” for his agency and others in the region but was not entirely unexpected.

“As I said, we’ve been doing this for 10 months now—and, incidentally, that 10-month duration has been off of one plan,” Furlong said, noting that his agency and other regional parties have been able to manage protest activities during these months.

According to Furlong, the plan developed to deal with the regular Carson City protests engages “every single law enforcement agency in Carson City and, when warranted, it engages with our surrounding areas as well, such as Washoe County, Douglas County, Reno and so on.”

He said all of these agencies have overlapped on managing the protests and supported one another.

“So, for this weekend, we have asked for that,” Furlong said. “I expect that Saturday…there will be a demonstration. I have no reason to not expect it. Every Saturday since March, this has occurred. But I expect tomorrow’s demonstration to be somewhat the same with what we’ve been dealing with. When we get through Saturday and we go into Sunday—Sunday is the national capital demonstration. It’s a challenge for us because it could be—could—not be consistent with the past behaviors. So, we’re watching Sunday very, very closely.”

Furlong said “Saturday and Sunday will give” his agency a “very strong idea of what to expect on Tuesday and Wednesday.”

Additionally, Governor Steve Sisolak’s office announced that he had ordered the Nevada National Guard to assemble a quick response unit within the state to support ongoing interagency law enforcement efforts, as necessary.

Furlong noted that the protests have been largely without incident over the past 10 months, and that the few incidents that have occurred have been dealt with quickly, including an accidental gun discharge in August 2020.

“The weapons concern us always. And it’s funny because back in March when we first started these operations, we projected that the worst thing that could happen is somebody have an accidental discharge, and everybody starts shooting,” he said. “Well then in August we actually did have an accidental discharge, but it was handled so well. I was in absolute awe of the way everybody—including the demonstrators—handled that accident. It kept everything from getting out of control.”

Nonetheless, Sunday’s event is intended specifically to be an armed protest—and Furlong recognizes that it could be different from past protests.

“We want to be supportive of that, but we don’t want anybody hurt, and we don’t want any damages,” he said. “Unfortunately, our eyeballs and our ears get hurt a lot when you see so many guns out there or people are screaming foul things. Our eyes and our ears get hurt. And that’s stressful not only to the businesses that are downtown, but also to the people that are driving through. And we recognize that, but we do have to stay within our boundaries.”