Virus is pushing rural Nevada hospitals to the brink 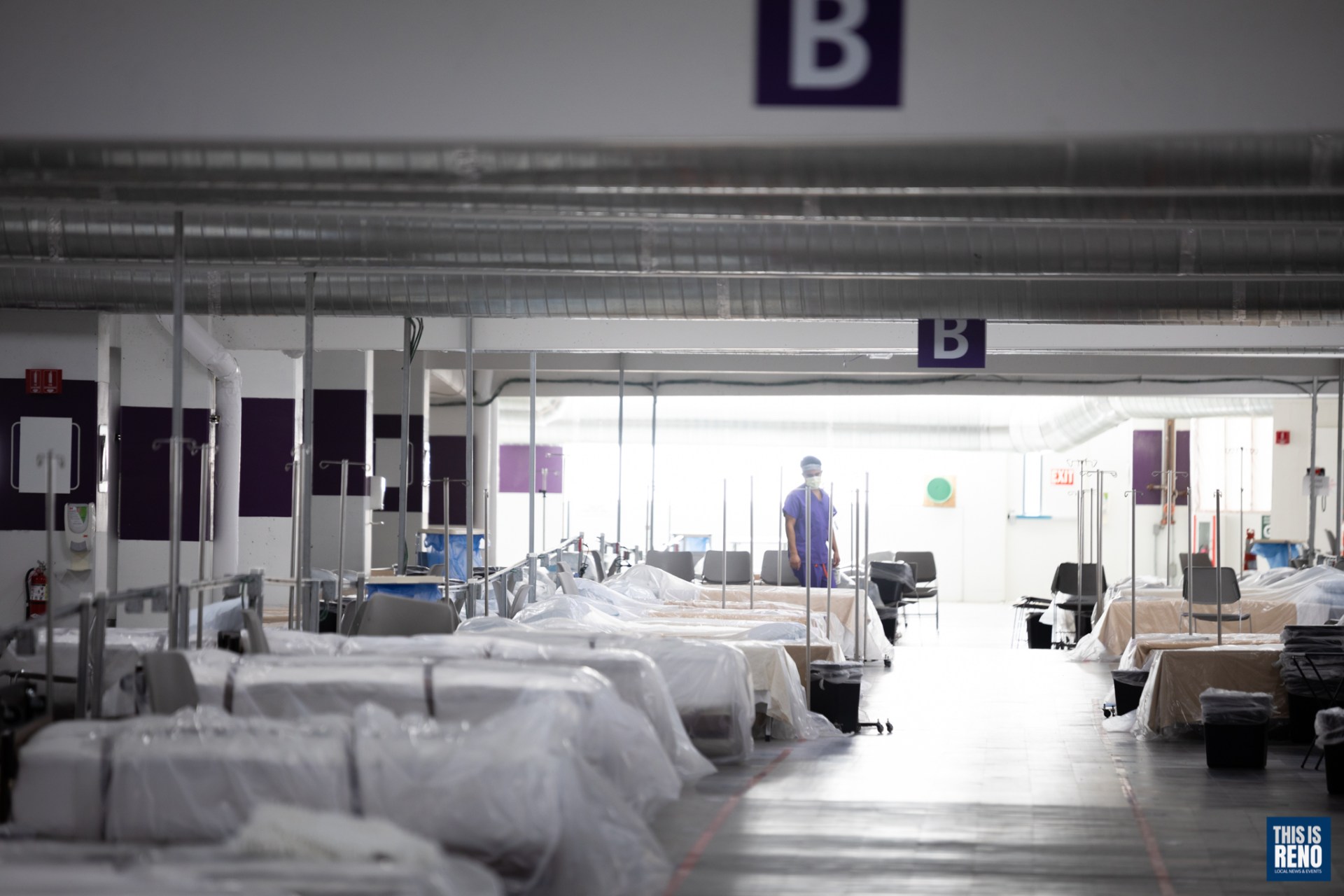 FALLON, Nev. (AP) — In Nevada, which has more coronavirus hospitalizations per capita than any other state, the most visible sign of the surge is the overflow unit that one Reno hospital has set up in its parking garage to treat patients.

But far from the state’s population centers, rural hospitals — some with as few as four beds — are also filling with patients. The virus is forcing them to convert sleep-study rooms into intensive care units and, at times, make wrenching decisions as capacity runs low and patient transfers turn increasingly difficult.

“At many of our rural hospitals we don’t have a parking garage that we can convert into extra space,” Battle Mountain General Hospital CEO Jason Bleak recently told a state task force, adding that rural hospitals have less room for error when staff members fall sick or when capacity nears the brink.

Banner Churchill Community Hospital in Fallon serves a 5,000 square-mile (8,000 square-kilometer) area in rural Nevada. Its emergency room often treats rodeo and motocross injuries, but at one point this month, 60% of its patients were dealing with COVID-19.

In recent weeks, the hospital’s patient population has swung wildly and at times surpassed 25, the number of licensed beds in the facility. The hospital converted five rooms into a COVID-19 isolation wing with a negative pressure system and transformed a sleep-study area to add to its four-bed intensive care unit.

On Dec. 9, the hospital was treating 36 patients — or 144% of its licensed capacity — five of whom were in the ICU. It now has 23 patients, six in the ICU. State officials say the downward trend is due in part to heightened compliance with Nevada’s mask mandate and social distancing guidelines.

Dr. Marjorie Bessel, Banner Health’s chief clinical officer, said patients have been transferred to other hospitals in Nevada and to Banner facilities in Arizona and Colorado.

Like rural hospitals across the U.S., the facility in Fallon has struggled to maintain staffing when nurses and paramedics contracted the virus. Its struggles finding transfer hospitals for patients when beds run short have forced chief medical officer Brent Aikin to tell patients that if they leave, the hospital may not have space for them if their symptoms worsen.

“Sometimes, you just literally sit down at the bedside and say, ‘Look, I don’t want you to go. Do you realize how serious this is? That we are really competing for beds and want you at the hospital?'” he said.

Since the pandemic began, more than 1,200 Churchill County residents, or roughly 5% of its population, have contracted the virus; 28 have died. An outbreak at Highland Manor, a nursing home in Fallon, resulted in more than two-thirds of its residents and one-third of staff testing positive for the virus; 14 residents have died. The county reports 154 active cases.

Aikin is mostly optimistic that the hospital will weather the surge due to its close-knit ties with the community, but he said doctors have been challenged by COVID-19 skepticism. Recently, a patient’s loved one shouted at him after hearing she needed to be hospitalized for the virus.

“He thought I was lying to him,” Aikin said. “He’s yelling at me like I made this all up. I didn’t make it up.”

Churchill County officials have ramped up testing and outreach efforts and worked to bring the hospital more beds, ventilator, and personal protective equipment.

Banner benefits from belonging to a hospital network with thousands of employees, giving it easier access to surge staffing, equipment and transfers at difficult times. Aikin said he worries about smaller rural hospitals with five or fewer licensed beds and no intensive care unit, like in Battle Mountain or Caliente, which have fewer resources to adapt.

Even before the pandemic, rural hospitals operated on thin margins. A large percentage of their patients pay with Medicare or Medicaid, said Nevada Rural Hospital Partners president Joan Hall.

Now, Hall worries about rural hospitals’ inability to transfer patients to urban hospitals that are also overwhelmed. Without being able to transfer patients, doctors, who at any given time could be treating their high school teacher, one-time babysitter or grandmother, face impossible decisions, she said.

“If you can’t transfer somebody you’ve intubated, somebody else needs to be intubated and you can only handle one intubated patient, then that causes real emotional struggles and ethical dilemmas,” Hall said.